By Caroline White, Milwaukee Neighborhood News Service - Feb 5th, 2020 11:46 am
Get a daily rundown of the top stories on Urban Milwaukee 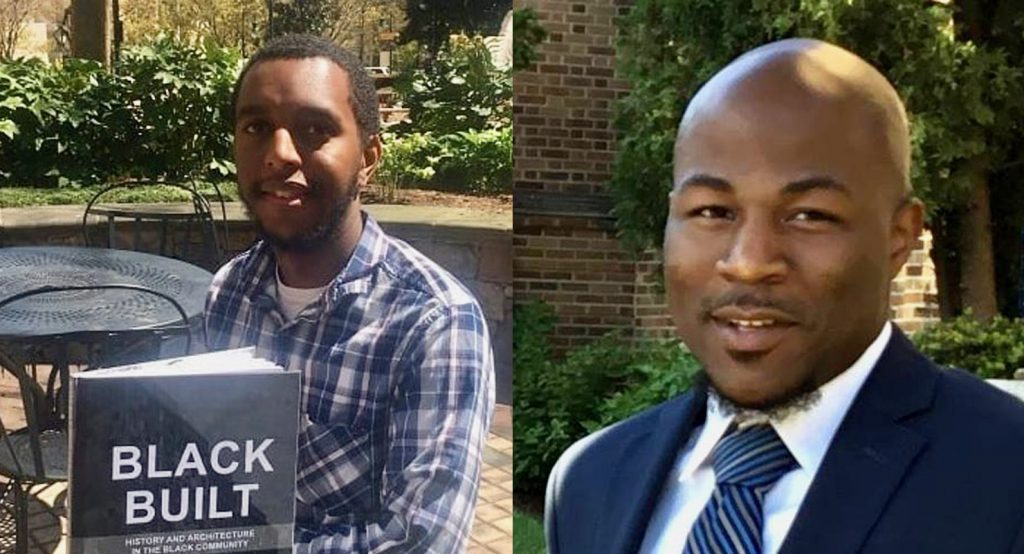 Paul Wellington (left) and Rick Banks have made it their professional and personal missions to find ways to support black Milwaukee businesses. Photo courtesy of MKE Black/NNS.

Like many grand plans, it came to Paul Wellington in the shower.

“It just popped into my head. ‘Why isn’t there an app that can tell me where black-owned businesses and organizations are in the city?’” Wellington, a local librarian and author, said.

Wellington called his old friend Rick Banks to tell him about his idea, and the two joined forces to form MKE Black, a smartphone app and more. The mission of MKE Black is to showcase and promote black establishments in the city. Right now, the two do so by sharing news articles on their Facebook page and creating an app where users can access a database of businesses, organizations, events and more. The app is already available for download from the Google Play Store and will be available on the Apple app store soon.

Similar apps exist, but many struggle to stay current and only include brick and mortar businesses. Wellington sought to improve that standard. For the past few months, he has compiled a list of approximately 250 black-owned restaurants, shops, nonprofits, e-stores and more through research and public submissions.

One of those featured on the list, Imani Raiyne, creates and caters custom fruit bowl displays through her business Kreative Fruitz. She heard about MKE Black on social media and chose to submit her business because she was excited about the positive message it represents.

“To come together as a community and show all these small businesses is amazing,” she said. “It’s so important to do something positive.”

Although the app alone has been a big undertaking, Wellington and Banks have plans to grow MKE Black into something even bigger.

They are currently waiting for MKE Black to be federally approved as a nonprofit. The hope is that with more time, donations and grant money they can use MKE Black to help businesses with tools to succeed from advertising to technology.

Wellington and Banks are both born-and-raised Milwaukeeans who are passionate about their city’s black community. Wellington is a librarian and author who recently published a book about black architecture around the country entitled “Black Built: History and Architecture in the Black Community.” Banks is a community activist and the political director at Black Leaders Organizing for Communities (BLOC). For them, MKE Black is only the most recent project aimed toward lifting up Milwaukee’s black community.

“My passion and my personal ambition have always been the political and economic advancement of the black community in Milwaukee,” Banks said. “It drives me at my full-time job and in my personal life.”