Sing We Now of Ulysses 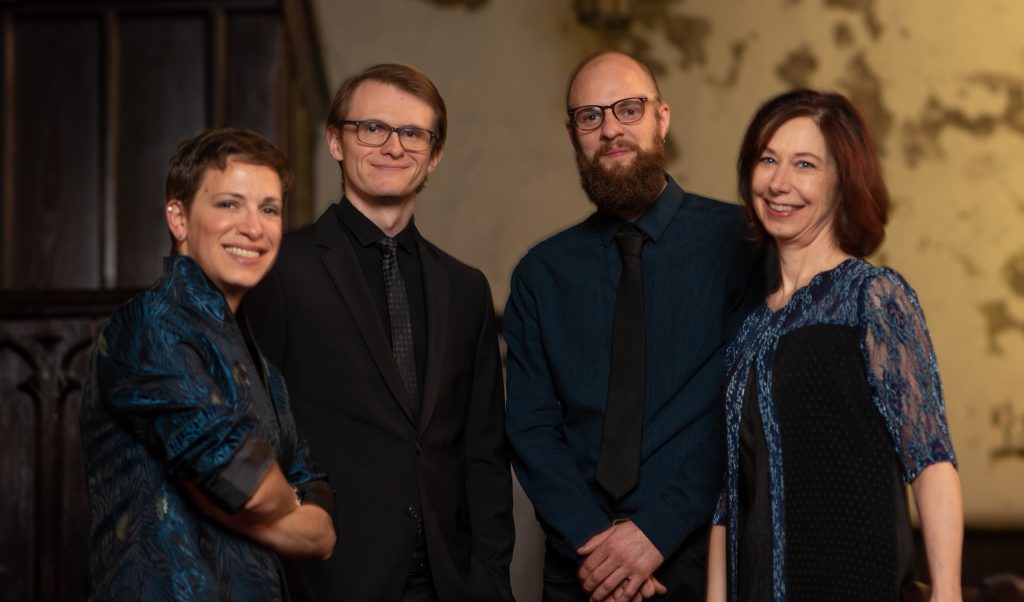 Les Délices, directed by Debra Nagy, will bring soprano Clara Rottsolk supported by Nagy on baroque oboe & recorder, Julie Andrijeski on violin, Steuart Pincombe on viola da gamba, and Mark Edwards at the harpsichord. Nagy appears often as a Baroque oboist with other Early Music groups, including the TENET ensemble that performed in Milwaukee last fall. For this visit she performs in a program she herself has curated.

Roman mosaic – Ulysses tempted by the Sirenes. Image is in the Public Domain.

Early opera drew heavily from Greek literature. Les Délices will open and close the program with excerpts from an opera by Jean-Féry Rebel – Ulysse. It’s based on the story of Ulysses (or Odysseus in Greek), who fought a 10 year Trojan War which was followed by an additional 10-year odyssey through unforeseen adventures far from home. Struggles with gods, monsters, storms and personal challenges struck a chord with many generations. Homer’s epic poems (Iliad and Odyssey) have inspired poetry, art, song and opera.

Were this a complete recreation of French opera circa 1680, we would be treated to a long evening designed to amaze. The magic of stagecraft, flying gods and extravagant backdrops would be interspersed over a long evening with several 20-minute diversions for dance episodes not directly linked to the story.

Minus those theatrics the musical accompaniment conveys emotions and drama, if only in the “word painting” incorporated by the composers. As Nagy notes: “If the music goes up it uplifts you. If it goes down it is somehow humble or a bit depressing. And if the music goes up and down quickly — in some kind of irregular sequence — you are going to feel you are in a boat that is rocking, and you don’t know which way things are going.”

As a soprano, Rottsolk will sing the role of Penelope, the wife of Ulysses, who waited patiently for 20 years for his return. (The voice of Ulysses is not represented in this concert.) Key selections from the opera are songs of love and longing:

Shall I forever suffer the hardship of your absence?
Ulysses, come back! Hasten your return!
Give up on glory in favor of Love,
Come to calm my troubled heart.

Love, by our voices, calls to you.
Surrender yourself to our songs – Stop! – famous heros!
After having acquired immortal glory,
Succumb to sweet rest on these happy shores.

These chamber concerts included dance suites and sonatas centered on the music itself. François Couperin‘s Sonate L’Astrée and François Chauvon‘s Cinquième Suite set the mood and break up the story-telling episodes in this concert.

Movies today feature Ulysses as an action hero in adventure movies. Baroque era treatments explored the metaphorical power of the original stories. Baroque era music sought to engage the emotions but in more subtle ways. This perspective may not appeal to 15-year-old adolescents, but represents the essential appeal to early music audiences seeking an evening of intimate chamber music.

Les Délices will perform at 5:00 p.m. at the UW-Milwaukee Zelazo Center for the Performing Arts (2419 E. Kenwood Blvd.) on Saturday, February 8. Tickets may be ordered online. Tickets may also be ordered by phone at 414-225-3113. Individual adult/senior tickets for Tier 1 through Tier 3 seating range in price from $29 to $59 dollars, with student tickets ranging from $10 to $20.

Early Music Now will also be holding its annual fund-raiser – a Silent Auction and Chocolate Reception. The Silent Auction begins at 3:00 p.m. and will conclude at the end of an extended concert intermission.

Les Délices will also offer a free workshop on the ornaments and embellishments of baroque music on February 8th, 11:00 a.m. at the Zelazo Center at UW-Milwaukee. Professionals and students are encouraged to attend. Tim Sterner Miller, Ph.D. and Senior Lecturer of UWM’s Department of Music will facilitate. This will not be a masterclass setting, so individual performing will be limited.

Early Music Now will next present House of Time in a program, Angels and Demons. The program introduces further instrumental drama in Baroque music through works by Arcangelo Corelli, Martin Marais, and Antoines Forqueray. The instrumental quartet will perform ‘trios’ at St. Paul’s Episcopal Church on April 4.