The Prometheus Trio (pianist Stefanie Jacob, violinist Margot Schwartz, and cellist Scott Tisdel) features two substantial piano trios, early works by Ludwig van Beethoven and Johannes Brahms in their third concert of the season next Monday and Tuesday at the Wisconsin Conservatory of Music. Two additional works by Paul Moravec will leave many wishing to learn more about this very approachable twenty-first-century composer. 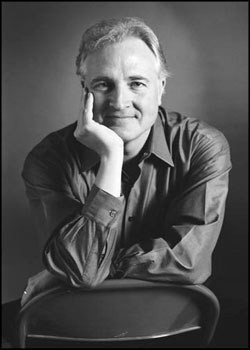 By 1785, Beethoven was known in Vienna as an accomplished and popular pianist. His Trio in C Minor, Op. 1, No. 3 is immediately recognized as signature Beethoven. He was determined to make a statement with his first published works. “What had been an intimate domestic medium in Mozart’s and Haydn’s hands,” critic Richard Wigmore observed of the trio form, “suddenly became a symphony for three instruments.”

The relatively new piano-forte, replacing the harpsichord, allowed the performer to add dynamics to their playing. Beethoven introduced that drama from the opening movements, leaping from quiet passages to forte (very loud) with little warning. “I first played this piece at 14,” Jacob recalls. “I can’t imagine a better piece for a rebellious 14 years old to express all of my imagined angst.”

The Trio’s slow movement develops an Andante cantabile theme as a set of complex variations. The piano supports the momentum of the work through rapid arpeggios and scales through the Menuetto and a stormy moto perpetuo final movement. Strings, particularly the cello, have a more independent role than in the works of Haydn and Mozart.

Brahms’s first piano trio was also written early in his career. He published his Trio in B Major, Op. 8 in 1854. But 36 years later he returned to the work and revised it substantially. As a result, the work honors the beautiful themes and emotional content of the original but packages it within the structured discipline of a mature Brahms.

The impact of Brahms’s work is very different than the dynamic energy of Beethoven’s Trio. Jacob concludes, “the prevailing emotion is so warm and lustrous. It’s like a warm bath … incredibly satisfying.”

Brooding and beautiful themes in the cello are woven into the opening sonata form movement. Kai Christiansen observes that “a restless, dark character dominates most of the trio from the first movement’s secondary themes to the brooding march of the scherzo to the wind-blown sweep of the finale rondo.” Christiansen describes the slow movement as “of such repose that it seems to hover, nearly motionless, an introspective intermezzo from another world.”

It’s an expansive work opening in B Major which critic Michael Parloff calls “a musical battle between hope and despair. A quietly agitated opening explodes into major-key passages of great exuberance and exultation. Finally, though, the music retreats back into agitation and concern, and the trio concludes in a burst of stormy, B-minor turbulence.”

American composer Moravec, the winner of the 2004 Pulitzer Prize in Music, has composed more than 100 orchestral, chamber, choral, lyric, film, and electro-acoustic compositions. Although a contemporary composer, his works reflect a more traditional genre. Jacob observes that “Moravec’s harmonies are so beautiful. He has his own distinct voice. It just rings true to me.”

Moravec’s Passacaglia (2006) features a repeating pattern in the piano. Jacob writes that the passacaglia pattern offers “a shadowy background pattern for slow violin and cello harmonics.” She concludes: “In the works slower section the most striking moments are when the composer juxtaposes chords that shine against one another.”

Moravec’s shorter Scherzo (2003) features “slightly blues-inflected harmonies and a constant tug-of-war between the more swinging 6/8 meter that opens the work and the driving 2/4 that immediately follows.”

For those wishing to further explore this prolific composer, Jacob recommends Tempest Fantasy, a work the Prometheus has previously programmed.

The Prometheus Trio will perform twice – at 7:30 p.m. Monday, February 3 and at 11:00 a.m. in the morning Tuesday, February 4th at the Wisconsin Conservatory of Music on 1584 N. Prospect Ave. General admission tickets may be purchased for $27.50 on the WCM website, at 414-276-5760 or at the door. $37.50 will purchase padded front row seats, but the Conservatory ballroom offers an excellent acoustic anywhere in the room. Complimentary parking is available at Milwaukee Eye Care, 1684 N. Prospect Ave., located one block north of the Conservatory, for evening concerts.

The Trio’s next concert is scheduled for April 20th and 21st featuring trios by Joaquín Turina, Julius Röntgen, and Franz Schubert.