Cellist Parry Karp and pianist Eli Kalman will play Sunday afternoon at Saint John’s On The Lake in a concert observing International Holocaust Remembrance Day, the day of liberation for Auschwitz-Birkenau on January 27, 1945. Along with Saint John’s On The Lake, the Holocaust Education Resource Center of the Milwaukee Jewish Foundation and the Jewish Community Center are co-sponsors of the event. 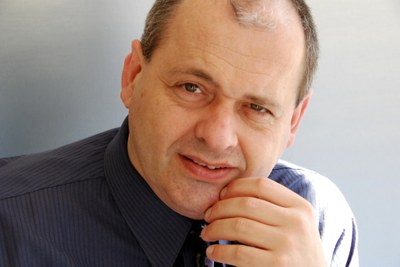 The concert, entitled “In the Shadow of the World Wars,” features works by Dmitri Shostakovich, Ernst Bloch and contemporary composers Laurence Sherr and Lera Auerbach.

Parry Karp, Artist-in-Residence and Professor of Chamber Music and Cello at UW-Madison, has been cellist of the Pro Arte Quartet for the past 44 years. He has frequently collaborated with Eli Kalman, now on the piano faculty at UW-Oshkosh.

Elegy and Vision for Cello Solo (1993) was written by Sherr to commemorate his brother’s death at a young age. The composer is a second generation Holocaust survivor. The elegiac breadth of the work transcends individual mourning and serves to open the concert.

Shostakovich structured his Cello Sonata (1934) within a traditional framework. Popular music and hints of his opera Lady Macbeth of the Mtsensk District permeate the themes. A peasant-like scherzo reflects German or Austrian dance. Critic Richard Rodda wrote that “the sonata is built on a large, nearly symphonic formal plan and exhibits the juxtaposition of lyricism and acidulousness that characterizes Shostakovich’s best compositions. The two lyrical flights that serve as the first and second themes of the opening movement’s exposition are among Shostakovich’s most unabashedly romantic melodic inspirations.”

Born in Russia and a resident of New York City since 1991, Lera Auerbach has been recognized for her piano performances, her contemporary compositions and her multi-dimensional commitment to the fine arts. Auerbach excels as a poet, composer, concert pianist and visual artist. She has published more than 100 works for opera, ballet, orchestral and chamber music, and performs as a concert pianist throughout the world. She has published three books of poetry and prose in Russian, and is the author of several librettos.

As a champion of Auerbach’s work, Kalman has produced a CD of her complete set of Preludes for Piano (2000) and will perform a selection from the 24 preludes for the concert.

Bloch was moved by the miseries of World War I to write Schelomo: Rhapsodie Hebraique for Violincello and Orchestra (1915-16). The cello represents King Solomon (in Hebrew, Schelomo) as voiced in Ecclesiastes:  “One generation passeth away and another generation cometh; and the earth abideth for ever; what profit hath man of all his labor; all this is vanity.” The program will present an adaptation for cello and piano. (The link to the work is that version.)

In 1921, Italian critic Guido Gatti wrote of Schelomo that Bloch had “reached the perfection of his music… The violoncello with its ample breadth of phrasing, now melodic and with moments of superb lyricism, now declamatory and with robustly dramatic lights and shades, lends itself to a reincarnation of Solomon and all his glory.”  The last of a Jewish Cycle of compositions, Bloch found expression in this work for his own identity and a template for Jewish classical music found in many compositions since.

A solemn concert offering reflections on the Holocaust may have a range of choices for specific works, but the combination of cello and piano seem to be the ideal instruments to speak to the emotions of the moment.

Sunday’s concert, January 19 at 2:00 p.m. is free and open to the public. Limited parking is available at the Saint John’s On The Lake lot at 1800 N. Prospect Ave. on Milwaukee’s East Side.