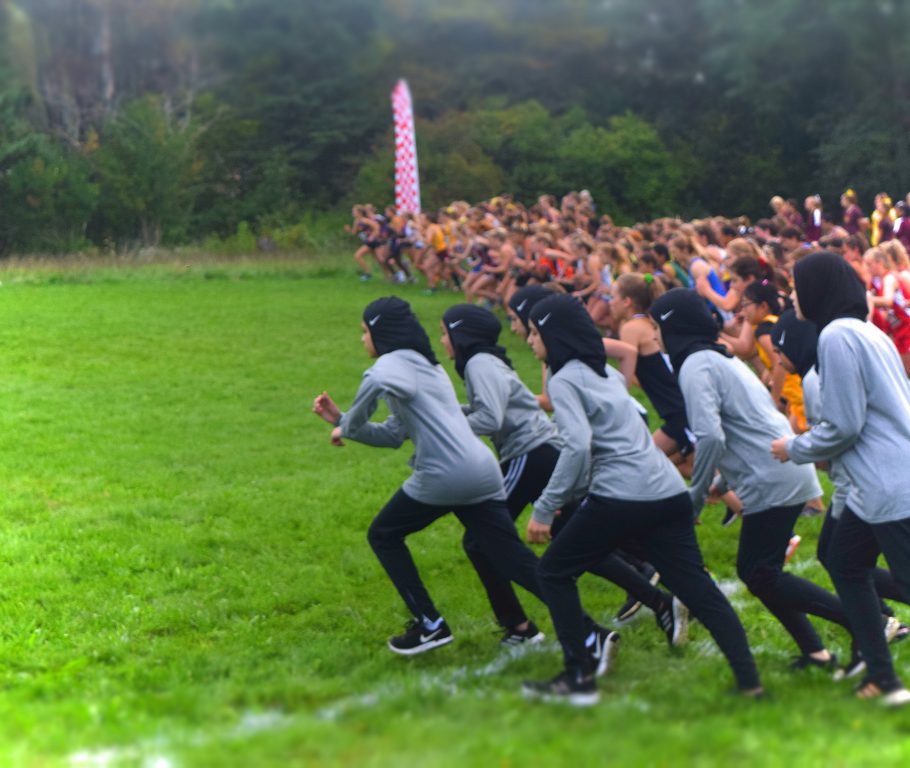 Venturing out on their school track, they are on a quest to reach new personal milestones.

In a bigger picture sense, these high school girls also aspire to stomp out misconceptions and stereotypes of their Islamic faith.

A small, but devoted, group of cross-country runners at Milwaukee’s Salam School were featured recently in a documentary, We Are Powerful, on MileSplit United States, a site devoted to high school running, cross country and track-and-field coverage.

Salam School, located at 4707 South 13th St., with 857 students across all grade levels, has fewer than 10 girls currently on the cross-country team. But their dedication to intermingling religion, academics and athletics reportedly caught the attention of MileSplit producers.

Bajabar and other members of the team hold true to their religious and cultural roots, wearing such attire as headscarves alongside athletic attire.

Amid this, Bajabar in the documentary had a message: “Really, we’re just like any other person. We can go out and have fun.”

Also featured prominently in the documentary are some of the aspects of Salam School, including a prayer room that is in use throughout the day.

“For us, it’s like a place where we can find peace with God,” said Hadeel Abdeljawad, a freshman cross-country runner at Salam School. “It’s not like, ‘Oh, it’s like a grade or something.’ It’s what we do for ourselves.”

Although it has been a part of Milwaukee’s educational and cultural scene for decades, Salam School has stepped up efforts since the early 2000s, its leaders say, to give students as broad an experience as possible.

“We help them balance their faith with academics, “Noman Hussain, a resident scholar at Salam School, said in the documentary. “That’s why we have the Islamic school.”

Chelsea Williams, head coach at Salam School, explained to the documentary makers how the girls’ enthusiasm out on the field has been an inspiration and plays intricately into their faith.

In an interview with Urban Milwaukee, Wanis Shalaby, head of school, said the documentary is an opportunity to show on a finite level the dedication Salam School students have in all areas of their formative years.

Shalaby said he hopes efforts such as the MileSplit documentary continue to demonstrate how students of Islamic faith are as much a part of the American cultural fabric as any other group.

“It is about time for the young Muslim Americans to be seen for who they are and the types of talent, strength and resolve they bring their beloved country — the United States of America,” Shalaby said.