By Corri Hess, Wisconsin Public Radio - Oct 21st, 2019 11:43 am
Get a daily rundown of the top stories on Urban Milwaukee 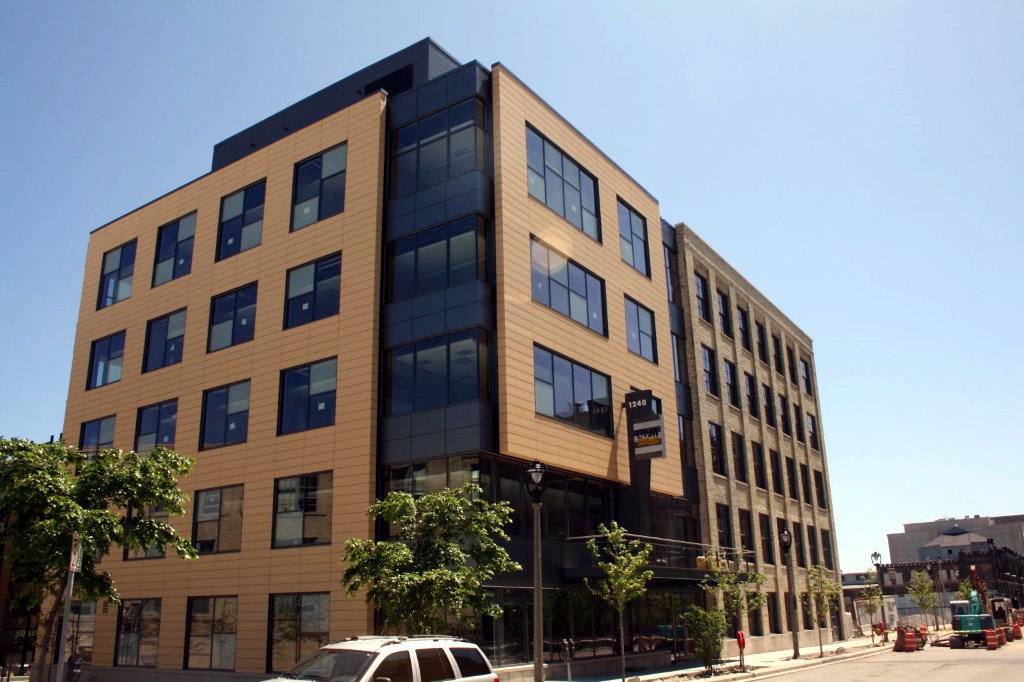 Joseph J. Zilber School of Public Health at the University of Wisconsin-Milwaukee. Photo by Jeramey Jannene.

For the first time, a study from the University of Wisconsin-Milwaukee links a child’s exposure to lead to later gun violence.

By connecting the two, there is an even greater urgency placed on the city of Milwaukee to tackle childhood lead exposure, researchers said.

Milwaukee has been working on lead abatement, but problems in the city program came to light in 2018, when a report by the Wisconsin Department of Health Services showed several deficiencies in the Milwaukee Health Department’s Childhood Lead Poisoning Prevention Program.

Lindsay Emer, the primary author of the study, said there is no safe level of lead.

“This research provides further urgency to fully support these efforts with the resources that are needed,” Emer said.

The study, completed at UW-Milwaukee’s Joseph J. Zilber School of Public Health, used public health, education and criminal justice data sets covering more than 89,000 people born in Milwaukee between June 1, 1986, and Dec. 31, 2003, with a valid blood lead test before they were 6 years old.

Researchers found that as childhood blood lead levels increased, the risk for becoming a perpetrator or victim of gun violence increased, even after controlling for temporal trends, gender, race and neighborhood socioeconomic status.

The link was so strong that about half of gun violence perpetration and victimization was attributable to blood lead levels of 5 micrograms of lead per deciliter of blood, which is the current reference level for elevated lead.

That means that in Milwaukee, during a period of high lead exposure, childhood blood lead levels might have substantially contributed to later adult gun violence — although the study wasn’t able to definitively prove cause and effect.

Lead is particularly harmful to children. Research suggests lead exposure can cause irreversible, long-term damage to a child’s brain.

Earlier this month, the U.S. Department of Housing and Urban Development (HUD) awarded Milwaukee $5.6 million to assist with lead abatement.

Emer said the award is a good start, but more money is needed to address the problem.

“You can see the effects of already what has happened through these public health interventions,” Emer said. “But we think this study just provides further urgency to continue to support these efforts.”

Milwaukee Mayor Tom Barrett has proposed more than $21 million in lead abatement and reduction funding in his 2020 budget.

In 2016, HUD granted Milwaukee $4 million for their Childhood Lead Poisoning Prevention Program, which helped replace windows with paint chips and other lead hazards in homes.