By Corri Hess, Wisconsin Public Radio - Oct 6th, 2019 03:35 pm
Get a daily rundown of the top stories on Urban Milwaukee

Landing the Democratic National Convention for next summer was a major coup for Milwaukee. But according to other host cities for major political or sports events, Milwaukee will have to play the “long game” to achieve true economic success.

“This is not going to be a million-dollar week, but it is going to be a productive week,” said Andrea Mokros, former vice president of communications and events for the Minnesota Super Bowl Host Committee. Minneapolis hosted Super Bowl LII on Feb. 4, 2018.

“You’re going to see some great money moving around the economy,” Mokros said. “And you want to leave a great impression on the folks coming so they go back and say, ‘Hey, I want to go back, take my friends and take my vacation in Milwaukee.'” 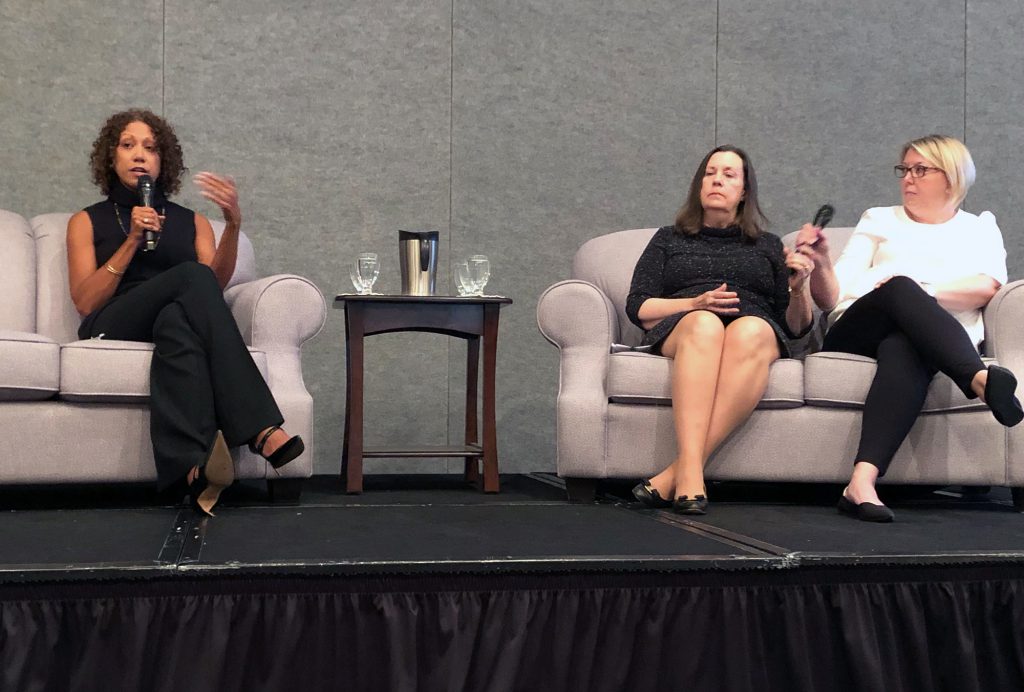 The convention is estimated to bring 50,000 visitors over the four-day long event July 13 to July 16 and is expected to have a $200 million economic impact.

“You are inviting the world, including many international visitors and media into the city,” Val said. “It’s like having Thanksgiving at your home. You are going to want to put your best foot forward no matter what your party affiliation is, no matter how you feel about a particular candidate. Take advantage of this opportunity because it will allow you later to go after bigger opportunities.”

During their events, Cleveland, Minneapolis and Philadelphia all agreed to keep their restaurants and bars open later than they normally do. The three panelists suggested Milwaukee do the same.

Wisconsin state law requires bars be closed between 2 and 6 a.m. To open Milwaukee bars longer during the convention would require approval from the state Legislature.

Mokros also told the group to make sure the city is alive at all times.

“You don’t want an empty city,” she said. “You want it to look like a big thriving city, the entire time.”

In addition to formal dinners and delegate parties, the panelists said the convention will present Milwaukee with an opportunity for unique events.

The group said they’ve experienced everything from empty store fronts being turned into pop-up shops for local makers, sunrise yoga parties and Google taking over an abandoned department store to host a party.

Val said in the months leading up to the convention, Milwaukee will question why it wanted to be a host city.

“It is going to get hard and you are going to get frustrated. But keep the long game in front of you,” Val said. “In 2000 (Philadelphia) had 22.5 million visitors. Today, we have roughly 45 million visitors. We have over 600 restaurants in the downtown area. Our city center used to be a 10×10 block radius. Now it is 30×20 blocks.”

Milwaukee Mayor Tom Barrett said before people come to Milwaukee they generally don’t have a good or bad opinion of the city. Instead, they have no opinion.

“In a sense, we have a canvas and we are going to paint the canvas,” Barrett said. “The impression that we leave, is going to leave an impression on how Milwaukee treats visitors and whether Milwaukee is a welcoming city.”