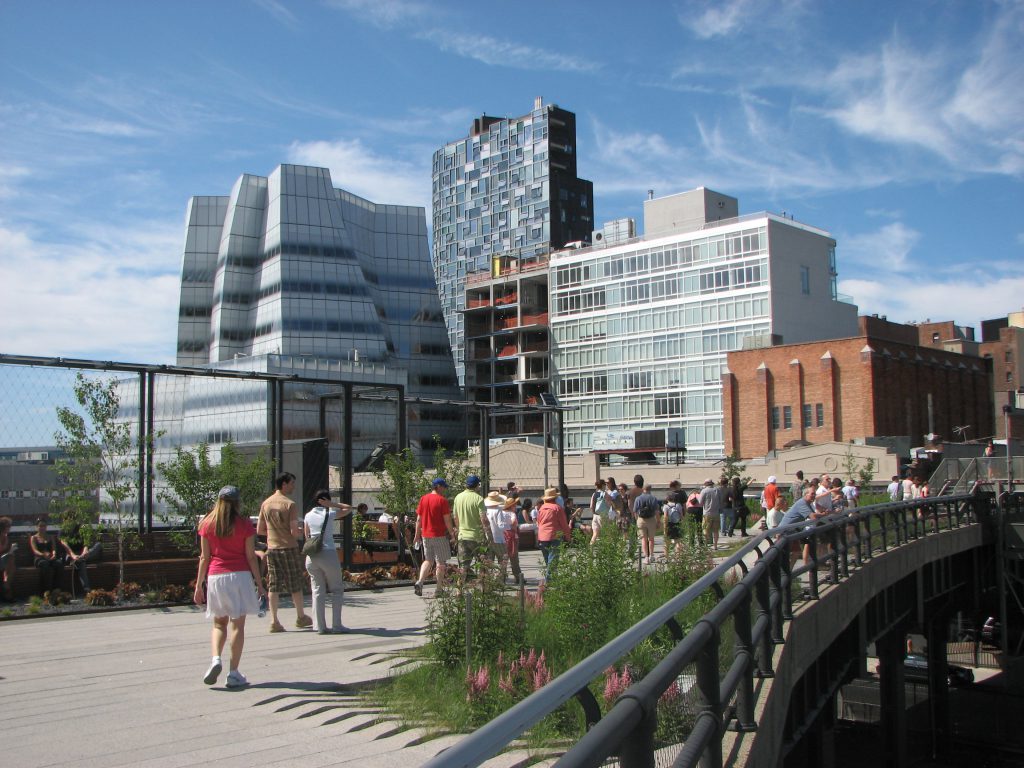 A brief introduction to transportation and climate change: Transportation makes up 26% of total greenhouse gas emissions for the United States and their rise and fall seem to be driven at the macro level by economic forces. At the lowest point of the recession in 2012, emissions were down and have been climbing back above their 2007 peak. By knowing where emissions come from, mainly driving and vacations by plane and cruise ship, we might be able to figure out ways to reduce our impacts. (Bruce Lieberman | Yale Climate Connections)

The High Line in New York turns 10 years old: At ten years old the High Line in New York City has been lauded and complained about. Karrie Jacobs knows about the criticisms as she had them herself, but in this piece she decides to take a fresh look at a place that’s now become part of the urban fabric of the city. What once looked contrived and forced now looks generous and lived in. The plants and trees have grown in and the comparison to its next door neighbor Hudson Yards didn’t hurt either. (Karrie Jacobs | Architect)

Challenges faced by women riding transit: LA Metro has released a landmark report that discusses the challenges women face riding transit in Los Angeles. Using focus groups and customer surveys, the agency was able to collect data on barriers to riding transit including fare policy and safety as well as different habits including trip frequency and distance. The next step for the agency is to create a Gender Action Plan that will recommend specific actions to improve travel for women. (Steve Hymon | Metro Magazine)

How telecommuting has changed real estate: More and more people are staying at home to work than ever before. With the improvement of high speed internet and certain job types that are more flexible than others, it’s becoming more prevalent for people to work from home. What this means for real estate are changes in home buyer preferences including home offices instead of media rooms and decreased home moves as people are able to take different jobs without leaving the place they love. (Lisa Prevost | New York Times)

Designing an entirely new world with the Green New Deal: The New Deal, a progressive public works program from the 1930s was responsible for a lot of infrastructure construction including 78,000 bridges, 1,000 libraries, countless streets and roads, and much much more. Fast forward to today and Democratic lawmakers are looking to repeat the impact of that initial popular program with a Green New Deal. But what that means will be a complete rethink of how infrastructure is built in the US and how federal agencies think of their missions, with a primary focus on sustainability and social justice. (Diana Budds | Curbed)

But now online navigation apps are in charge, and they’re causing more problems than they solve. The apps are typically optimized to keep an individual driver’s travel time as short as possible; they don’t care whether the residential streets can absorb the traffic or whether motorists who show up in unexpected places may compromise safety.

–Jane Macfarlane in IEEE Spectrum discussing the problem with navigation apps and why they are in many ways making traffic worse, not better.

This week on the podcast we’re joined by Gordon Price, former Vancouver BC City Council member.