Car-Free Zones Could Be Good For Your Health 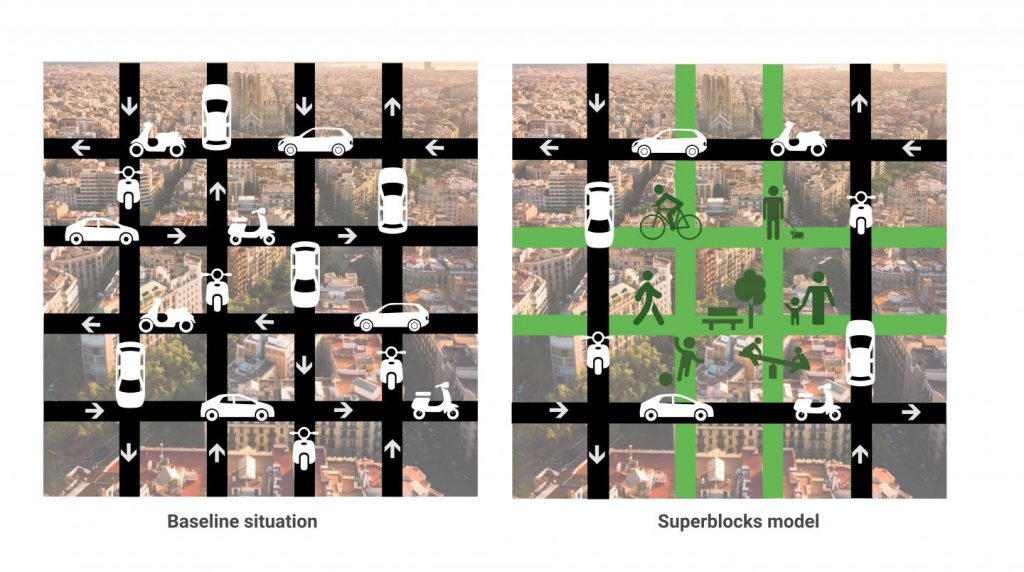 Ford’s New Campus Look Into Its Future: In Dearborn, Michigan, Ford’s corporate campus was designed for the automobiles it sells. Now, Ford has hired a Norwegian-American architecture firm to design an all-new walkable campus, which would be built in phases throughout the next eight or so years. One of the most fundamental shifts is that the new campus will eliminate a vast majority of its parking lots, which currently take up 40% of its 350 acres which also will allow staff to walk between meetings. (Mark Wilson | Fast Company)

Toronto considers gender equity in urban planning: The Canadian city of Toronto is looking to make better decisions from a gender equity perspective in the future. City staff are backing the creation of a gender equity strategy as well as a permanent office for implementation of the strategy. The strategy would focus on implementation in transportation, housing, schools, and city planning functions. (Lauren Pelley | CBC News)

Superblocks Are Good for Your Health: A recent study from the Barcelona Institute for Global Health estimates that if, as planned, 503 superblocks are realized across the city, journeys by private car would fall by 230,000 a week. This would yield significant reductions in air and noise pollution. The study estimates that as many as 667 preventable premature deaths occur from air pollution in the city each year, but increased green space from car-free streets would help curb that as well as obesity and diabetes. Mental health is also included in the report, as social infrastructure within superblocks is anticipated to reduce loneliness and isolation, especially among elderly residents. (Anupan Nanda | The Conversation)

Vancouver Lifts Ride-Hailing Ban: When Uber tried to start a ride-hailing market in Vancouver in 2012, British Columbia responded by notifying them that the province minimum rate for limousines was $75 per trip. Transport network companies (TNCs) have since, until recently, avoided the region. However, British Columbia opened applications on September 3 for TNCs to operate hoping to learn from other cities’ mistakes. (Laura Bliss | CityLab)

But we will fail if we turn our cities into climate sanctuaries disconnected from the rest of their countries and reserved for the richest citizens. How do we design a transformation to benefit everyone?

This week on the podcast, Dan Imhoff talks about the Farm Bill and how cities can think more about it.