Philomusica Quartet Returns to East Side

Quartet goes back to playing some more urban concerts. Beethoven, Schubert, Beach on the program.

After slowly building a west side audience after a move several years ago to a residency at Wisconsin Lutheran College with performances in Schwann Hall, the Philomusica Quartet has revived an east side presence with two concerts this season at their prior home, the Wisconsin Conservatory of Music. A total of five concerts are now available to those on the east side who recognize that a 20-minute drive and easy parking is worth the trek to the west side. Now the near-perfect acoustics of the west side and the intimacy of the east side offer two ways to hear this creative, highly adaptable quartet. 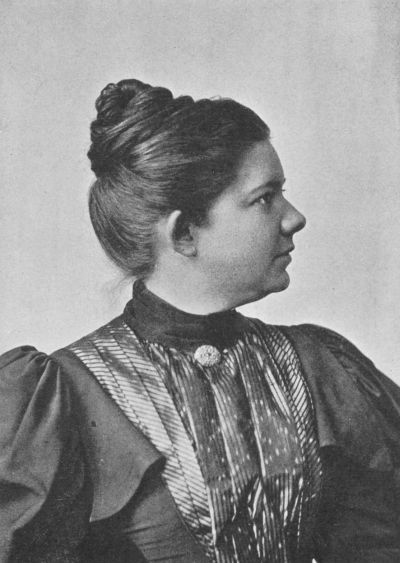 Amy Beach. Photo is in the Public Domain.

The Philomusica, violinists Jeanyi Kim and Alexander Mandl, violist Nathan Hackett and cellist Adrien Zitoun, retain the same players since their founding in 2008. Their first concert of the season next Monday evening explores rather somber, less often heard quartets by Ludwig van Beethoven and Franz Schubert and will introduce many to a quartet by American composer Amy Beach.

Beethoven’s 11th string quartet, Op 95 in F minor (“Serioso“)(1810) comes from his middle period, not quite a break from the past. Perhaps the mood (often somber, angry and dramatic) reflected his changed circumstances; at the time of its composition, the accomplished composer had lost much of his hearing, and his greatest love Josephine Brunsvik had just remarried. Napoleon‘s troops were also occupying Vienna. But the quartet ends with tentative optimism.

It is difficult to classify this as a “middle period” composition, as the compact quartet is full of innovative, even experimental turns. Kai Christiansen observes that “it is the last of the middle quartets, sitting on the brink, as it were, of Beethoven’s ‘late’ period where the final quartets dwell in a rarefied world of their own. Particularly in the second movement and third movements, the quartet contains many passages with the sublime qualities of the late quartets featuring transitions between the profound, difficult and elliptical on one hand and the simple, direct and exquisitely lyrical on the other.” Critic Mark Steinberg writes that “the material of the piece is tightly coiled, often as if trapped in a cage: figures dart upwards only to collapse down on themselves, test foundations by digging downwards only to claw their way back up.”

Schubert was able to re-use the exquisite melodies he wrote for prior works in portions of his great string chamber works. His String Quartet Op. 29 in A minor (“Rosamunde”)(1824) is heard less often than the “Trout” or “Death and the Maiden,” but it represents the same capacity to make the most of a tune within the disciplined structure of a quartet. In this case, Schubert borrowed from three prior compositions, two Lieder and incidental music for a theater production of Rosamunde.

The despairing mood of the opening music incorporates a “spinning” motif from Schubert’s lieder “Gretchen am Spinnrade” for the lyrics “My peace is gone, my heart is heavy/ I can never find it again.” Schubert was seriously ill and would die at age 31 four years later. The nickname comes from the Rosamunde Entracte best recognized today as an overture for orchestra incorporated here as a pastoral andante. A mournful menuetto and rustic peasant dance complete the quartet. Kai Christensen finds the work “notable for its suave but dark-tinged reserve, a delicacy of atmosphere, texture and Schubert’s irrepressible signature: delicious lyricism.”

Amy Beach achieved recognition in the early 20th century as the United States’ leading women composer. Her output was limited for several decades by a marriage agreement to “function as a society matron and patron of the arts.” Written after her husband’s death, her Quartet for Strings, Op. 89 (1929) moves beyond a lush romantic style to present a sparse interpretation of three Alaskan Inuit tunes. Liner notes in a Chandos Records recording observe that “she set the tunes in a contrapuntal texture saturated with motives derived from the tunes themselves, thus enhancing rather than obscuring their starkness and angularity.” The result is a unique ambiance — calm, contemplative, and exotic — that deserves a more frequent exposure.

I find the Philomusica well prepared for the challenge of enigmatic works such as the Beethoven Serioso and the exotic work by Beach. Also introspective, the Schubert quartet requires a balance between the despondent mood of several of the movements and the timeless beauty of Schubert’s themes.

The Philomusica Quartet will perform at 7:30 p.m. Monday, September 16 at the Wisconsin Conservatory of Music on 1584 N. Prospect Ave. General admission tickets may be purchased for $27.50 (or $37.50 for cushy front row chairs) on the WCM website. (Student rates are also offered.)

The Philomusica will begin its series in residence at Wisconsin Lutheran College on October 28 in a concert featuring Todd Levy in Johannes Brahm‘s Quintet for Clarinet and Strings in B minor, Op. 115.

The Philomusica returns to the Wisconsin Conservatory on March 23 in a concert featuring Yaniv Dinur on piano in a transcription for quartet of Mozart‘s Piano Concerto No. 20 and a transcription of selections from Mozart’s Requiem for string quartet.