Fun and Politics at LaborFest

By Isiah Holmes, Wisconsin Examiner - Sep 3rd, 2019 10:43 am
Get a daily rundown of the top stories on Urban Milwaukee 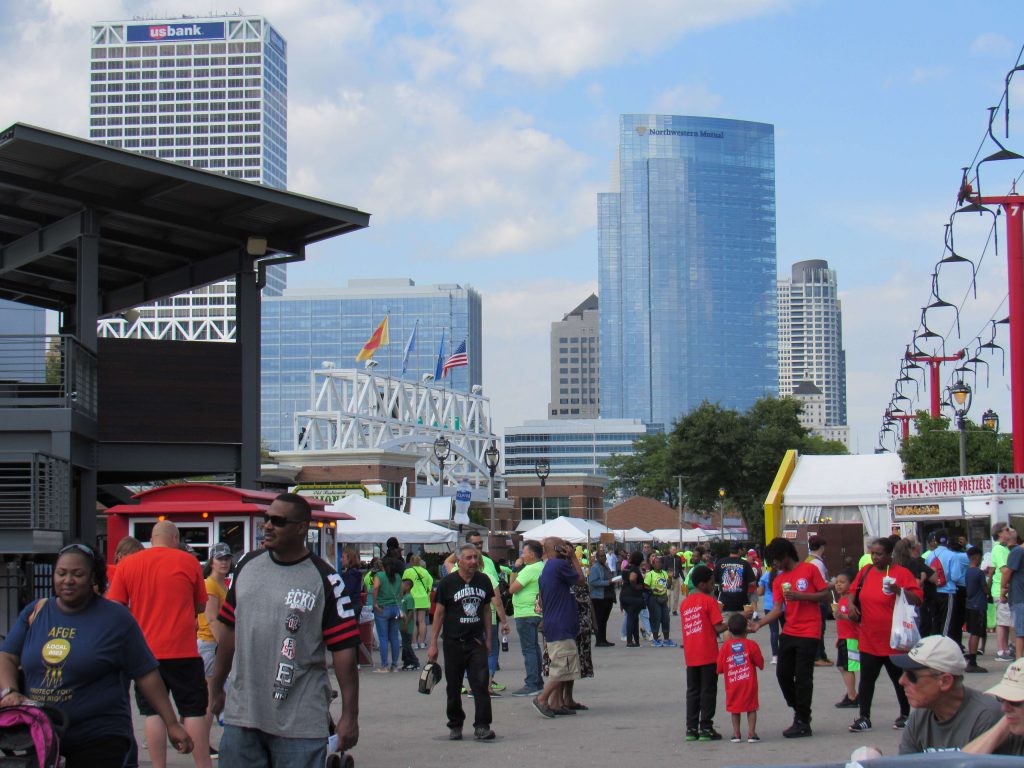 Laborfest 2019, held on Milwaukee’s Summerfest grounds, attracted hundreds of residents from a variety of backgrounds. Free and open to the public, the festival, hosted by union groups and the Milwaukee Area Labor Council, provided food, live music, and activities for families and children. 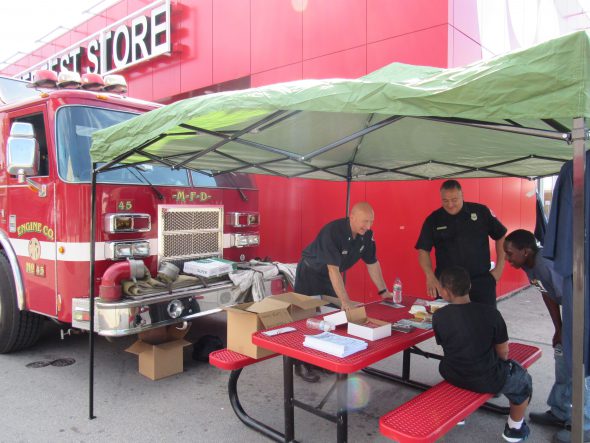 Among the attendees were representatives of various organizations, from workers’ rights groups to the fire department. “A lot of people don’t know that the fire department and police department actually have a union,” Community relations director for the Milwaukee fire department Michael Ball told Wisconsin Examiner. “Having a union has helped the fire department get better benefits, medical care, things like that.” Ball stood outside a stand near a parked fire truck, selling T-shirts to celebrate the holiday.

While a lot of people came for fun and games, some sought to use the event as a loud speaker for their cause. Just outside the gates, a table with the banner “socialist alternative” passed out fliers and information.

Luke, an organizer at the table, told Wisconsin Examiner that the word “socialism,” encompasses mainstream goals like Medicare for all, fighting class, racial, and gender inequality, a $15 minimum wage, gun control and tackling climate change. 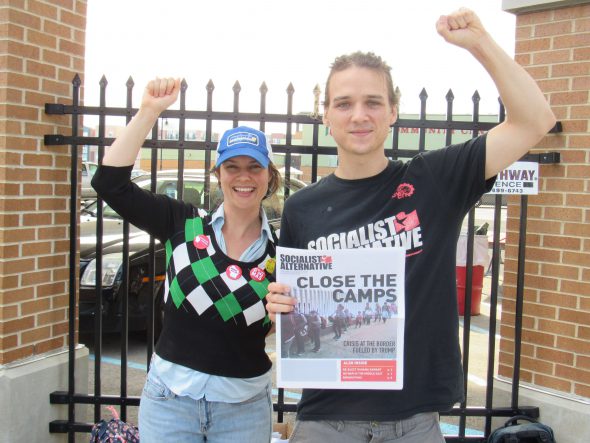 He said the Marxist group is working to build “a unified working class and fight back against a system which is based around the profits of a few.”

“I think we need a democratic society that is based on the needs of the many,” he added.

Socialist Alternative showed up at Milwaukee’s Pridefest as well. Luke describes festivals like Laborfest and Pridefest as “unfortunately de-politicized.”

Laborfest will be one of the last events on the Summerfest grounds for the year.