Polls show bipartisan support, but how you talk about it matters.

By Melanie Conklin, Wisconsin Examiner - Aug 30th, 2019 01:04 pm
Get a daily rundown of the top stories on Urban Milwaukee

Before she was elected as a state legislator in 2012, Rep. Katrina Shankland (D-Stevens Point) worked for the Midwest Renewable Energy Association doing solar-site assessment training across seven states as part of a U.S. Department of Energy grant.

Since taking office, Shankland has been introducing clean-energy bills in each session, not one of which has even gotten a public hearing. (Republicans who chair and control the committees have chosen not to schedule them.) 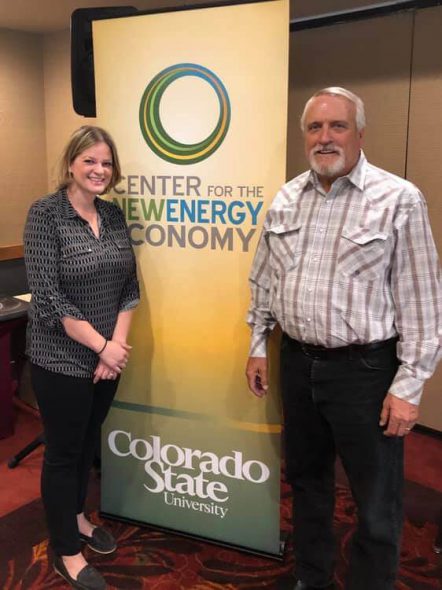 So one reason she recently attended the Clean Energy Legislative Academy, a bipartisan forum for state legislators, was to figure out how to build alliances across the aisle. At the Academy legislators learn about energy issues, and develop tools and strategies for implementing clean-energy policy. It’s hosted by Colorado State University’s Center for the New Energy Economy, led by former Colorado Gov. Bill Ritter. Shankland is the first Wisconsin legislator to attend.

At the conference, Shankland specifically sought out Republicans.

“The first thing I did was to pick their brains,” says Shankland. “I want my legislation I’ve been working on to pass.”

She believes that even in politically divided Wisconsin, it could happen: “The economics of clean energy are incredibly fantastic…My goal is to get a Republican to join me.”

Shankland tried to convince a colleague from across the aisle to attend with her. While no one took her up on it, she is not deterred. “I just saw a picture of a farmer from Wisconsin standing hip deep in water in his corn. We can find creative ways to do this, states are saving rate payers money, lowering energy bills.”

One of Shankland’s clean-energy bills is currently circulating, seeking other legislators’ support. This bill would set up a Wisconsin Renewable Energy Development Authority, similar to the state’s housing authority, that would provide energy-related loans and grants, as well as implementing other energy-related programs. So far, there are no Republican cosponsors.

Other bills she has authored include:

Coming back from Colorado, Shankland plans to look into ideas she found there — and ways to approach and discuss them — that she hopes will also appeal to Republicans in Wisconsin, as some did to Republicans at the conference.

Moody’s — the bond-rating firm that gives governments a rating of their creditworthiness– presented on how environmental issues, such as polluted water supply, can damage a bond rating, driving up interest rates on borrowing for local and state governments.

Another presentation focused on securitization and standard assets, which she explains offered ideas for creatively bonding so that states and ratepayers could absorb costs over time from retiring a coal plant. “There are creative ways to do this…states have found a way to save money and lower energy bills” while converting to cleaner energy sources, says Shankland. 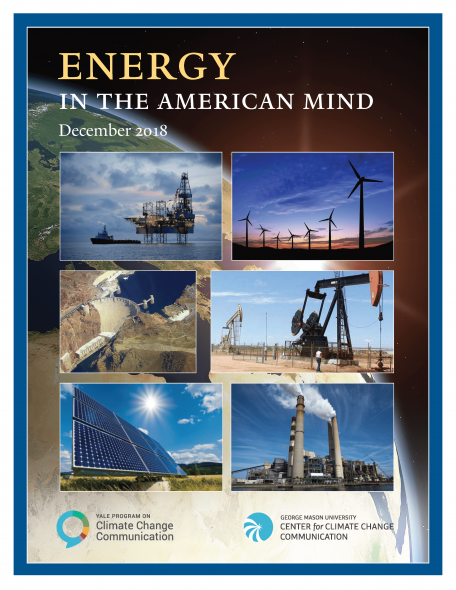 Polling, including a study called Energy in the American Mind, backs up her assertion that clean-energy legislation has bipartisan support. Polling released earlier this year showed approval across the political spectrum for policies requiring utilities to produce 100% of electricity from renewable or clean sources by 2050. Almost 2/3rds of Republicans support renewable energy, as do 95% of Democrats. Although it found differences in how Republicans and Democrats talk about it. And roughly half of respondents were willing to pay more on their utility bills for it.

How the topic is discussed matters in terms of partisan appeal.

The study also found that more Republican voters think a transition to renewable energy will improve economic growth (39%) than reduce it (31%). That said, to get conservatives on board, talking about a Green New Deal is not the wording to use.

At the conference, speakers also suggested avoiding the phrase “climate change” to avoid knee-jerk responses, but Shankland says she pushed back on that and admits she struggles with whether that advice is sound. And she is frustrated that under Gov. Scott Walker the Office of Energy Independence was killed, as were around a billion dollars in wind projects by her estimates.

“In general Wisconsin is a little bit behind in a clean energy economy,” laments Shankland. “The attitudes are a decade behind when it comes to renewable energy. It’s profitable and customers want it. It’s now cheaper to invest in wind than coal.”

Rep. Joel Kitchens (R-Sturgeon Bay), chair of the Committee on Environment, had not responded to questions on avenues for bipartisanship by press time. A spokesperson for Mike Kuglitsch (R-New Berlin), chair of the Assembly Committee on Energy Utilities promised answers next week. The office of Rep. David Steffen, who is that committee’s vice chair, confirmed that Shankland’s bill to create a Wisconsin Renewable Energy Development Authority is the only bill in the committee relating to clean and renewable energy.

“The governor meets often with legislators from both parties and this is certainly an area where we will be looking for legislative support in the future,” she adds.

One point of pride for Wisconsin at the academy was Evers’ recent executive order establishing an Office of Sustainability and Clean Energy across state departments and working with utilities. He set a goal of “ensuring all electricity consumed within the state of Wisconsin is 100% carbon-free by 2050.” Shankland says governor’s action was mentioned numerous times by speakers and other legislators.

“It was incredible the number of people who knew about Gov. Evers’ executive order — I was very proud to be from Wisconsin,” says Shankland. And does she believe a carbon-free future is realistic in a divided state? “I absolutely do,” Shankland answers. “The economics are attainable. And the future of our state, our health and our economy is on the line.”