Moon to Rise Over Third Ward 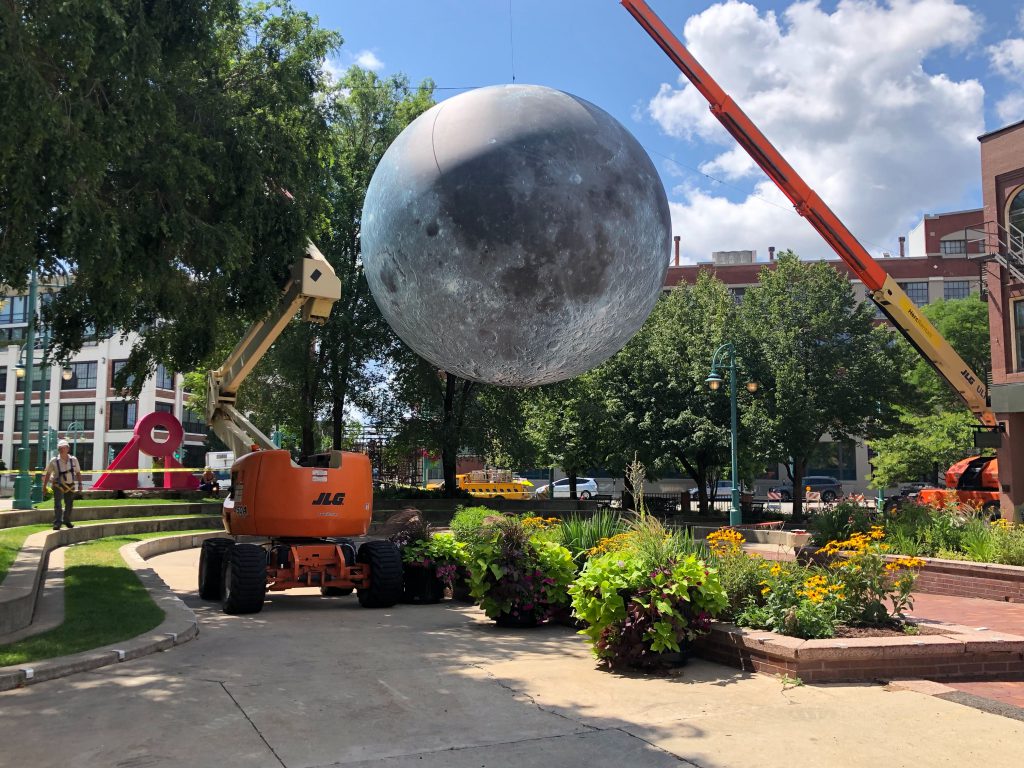 Preparing to raise a replica of the moon in Catalano Square. Photo by Jeramey Jannene.

A large replica of the moon will be installed above Catalano Square at the south end of the Historic Third Ward this weekend.

The inflatable sculpture, 23 feet in diameter, will hang over the park as part of the three-day Under One Moon festival hosted by the newly-formed Black Box Fund that celebrates the 50th anniversary of the Apollo 11 moon landing.

The sculpture, designed by British artist Luke Jerram, has been traveling the world since 2016. It will be on display in Catalano Square from Friday, August 9th to Sunday, August 11th.

The sculpture won’t be the only draw to the family-friendly event; a whole weekend of free programming is planned.

Shuffleboard, live music, poetry readings and chalk paintings will transform the park starting at 5 p.m. on Friday. A surround sound composition designed to accompany the sculpture will play every couple of hours.

A full schedule is available on the event’s Facebook page. Catalano Square is located at the intersection of N. Broadway and E. Menomonee St.

The organization, operating under the tagline “Activating Creative Community Spaces,” has also sponsored the creation 1500 Bottles a Second sculpture. The sculpture, designed to showcase the impact of plastic on our world, was created by USM students from plastic bottles found during a river cleanup. The 10-foot-tall sculpture has been traveling around the county this year and will be on display during this weekend’s event.