Were Cars a Terrible Mistake? 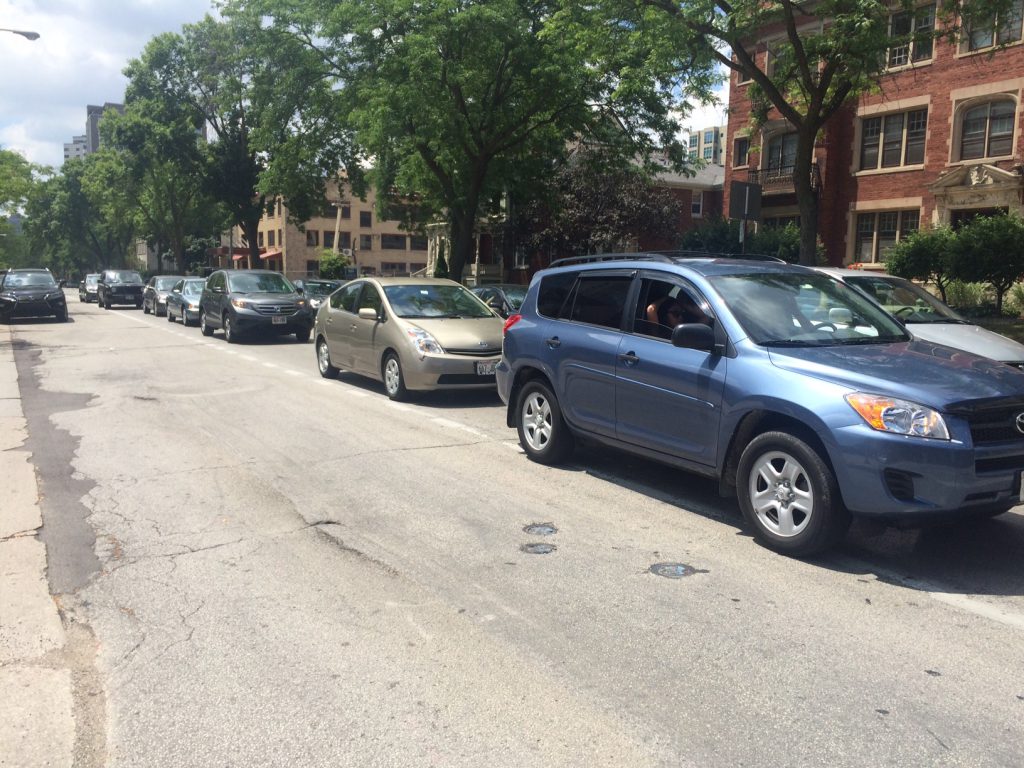 Were Cars a Terrible Mistake?: In the United States today, there are more cars than drivers, and more than 3.6 million people have died in traffic accidents since 1899. Over 80 million have been injured. Nathan Heller notes that the road became a setting for America’s most violent illustrations of systemic racism, combustion engines help create the climate crisis, and the quest for oil has led soldiers into war. While every technology has disadvantages, the rise of autonomous vehicles is leading many to question whether cars have been well worth their benefits. Heller argues that smarter development of technology would focus less on rushing advancement but rather on ensuring that the new technology will be used wisely when it comes. It may be too late to apply this to cars, but perhaps applying this ‘smart futurism’ can still work with autonomous vehicles. (Nathan Heller | The New Yorker)

High-Stakes Fight Over Digital Twins: Digital twins refer to virtual simulations of real cities that are smart enough to realistically model possible traffic scenarios. The Open Mobility Foundation, a new nonprofit that counts city leaders on its board of directors, aims to assist local governments in gaining control of their roads from private mobility companies. An issue the Foundation is encountering is a clash over public and private interests; cities aim to use the real-world replicas of digital twins to redirect vehicles, like ride-hail vehicles or drones, but private companies are skeptical of giving cities that much control over their vehicles. Proponents of digital twins tout the technology to be the future of traffic modeling and connected transport, but skeptics find the effort as far-reaching and invasive. (Laura Bliss | CityLab)

Where Sprawl Makes Storms Deadly: With climate change bringing larger and slower-moving storms, asphalt and concrete threaten lives and property more. Historically, fatalities in storms have largely been attributed to storm surges, but in the past three years, 75% of the more than 160 deaths have been from flooding rather than surging seas. Slower-moving storms hover over sprawling developments, where impermeable surfaces exacerbate the dangers of urban flooding. Several animated maps of these impermeable surfaces, which also include rooftops and parking lots, show the severity of sprawl and its impact on flood- and storm-prone cities. In Houston, a Texas A&M Study found that Harris County, including central Houston and some suburbs, lost 29% of its wetlands to urban sprawl, worsening the damage done by Hurricane Harvey. The simple solution: more parks, more grass, more permeable surfaces. (Peter Aldhous | BuzzFeed News)

Could Vacancy Taxes Bring Down Housing Prices?: In California, an “empty homes penalty” or vacant-property tax has passed in one city and is being considered in two others. The aim is prevent speculators from sitting on properties until they can rent them for a higher rate, or sell them at greater profit when prices inevitable rise. Last November, Oakland voters approved Measure W, a tax as much as $6,000 per parcel and $3,000 per condo on properties occupied fewer than 50 days per year; city officials estimate that the tax will generate up to $10 million a year, which would go to homeless services and new affordable housing. Such vacant-property taxes are also being considered in Los Angeles, where the recent downtown development boom has seen a 12% vacancy rate as speculators hold back housing units. A similar tax went into effect in Vancouver in 2017; so far the number of vacant properties has since gone down 15%, with many previously empty homes re-entering the rental market. (Larry Buhl | The American Prospect)

How Algorithms ‘See’ Urban Environments: Artificial intelligence, the Internet of things, and machine learning are everywhere, from lampposts to garbage bins, sparking fears from urban residents on surveillance and privacy breaching. A recent study from Silvio Carta aims to help city dwellers look past the human senses and understand how these algorithms acquire data to ‘see’ cities. A simulation video starts out pitch-black but gathers data from various interconnected devices like smartphones and CCTV. The artificial intelligence in the video then aggregates the fictitious data, from room dimensions to the languages being spoken within it, and interpolates it to see what it can learn from each individual in the room. Various other tech startups are also trying to translate algorithms into a human perspective, in order to give urban residents a better idea of just how much and which of their data is being tracked by various sensors throughout cities. (Silvio Carta | The Conversation)

This agreement represents a feasible and acceptable path to accomplishing the goals of California and the automobile industry. If the White House does not agree, we will move forward with our current standards but work with individual carmakers to implement these principles.

-California Air Resources Board (CARB) Chair Mary D. Nichols on the deal that the state made with four major auto makers this week.

This week on the podcast, Amy Silbermann of the Port Authority in Pittsburgh and Mary Buchanan and Stephen Higashide of TransitCenter talk about improving transit ridership.