What Makes A Lake Healthy? 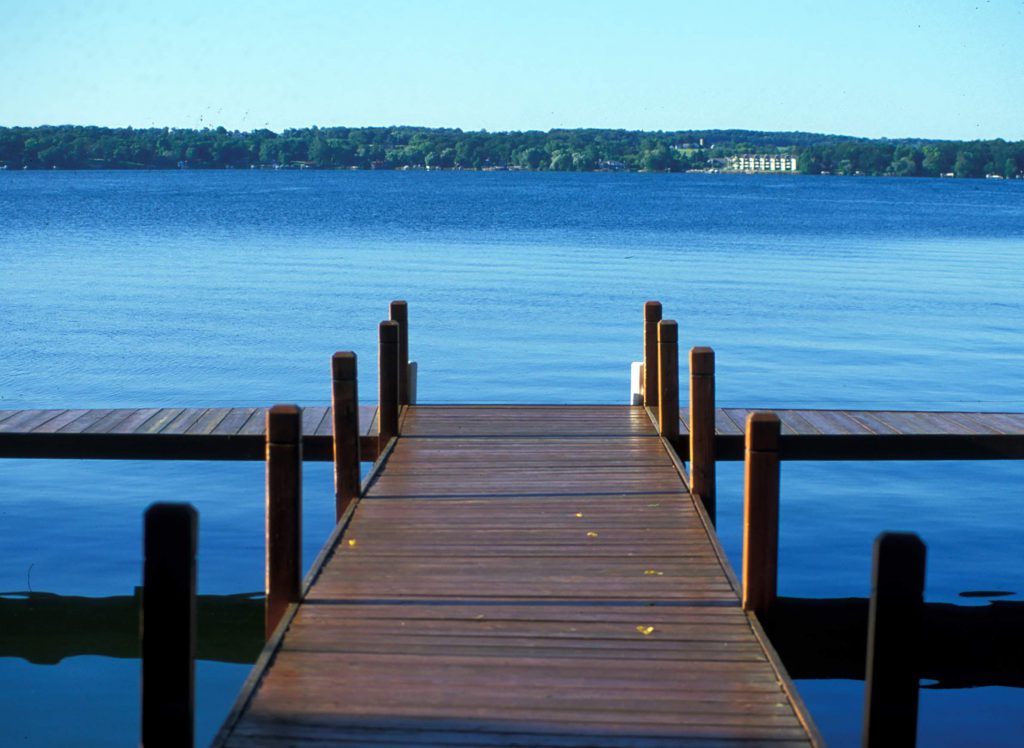 A pier on a Wisconsin lake. Photo from Wisconsin Department of Natural Resources (CC BY-ND 2.0).

Wisconsin is home to an awful lot of lakes. Precisely how many of these freshwater bodies of water there are in the state depends on how they’re defined and, of course, is also the subject of a long-running squabble with neighboring Minnesota. Either way, lake lovers know that the number of lakes is trivial in comparison to their quality and whether they’re able to support healthy ecosystems and the ways of life that hinge on them.

So, what defines a healthy lake? As defined by Buzz Sorge, a lake management planner for the Wisconsin Department of Natural Resources in west-central Wisconsin, a healthy lake is one whose physical, biological and chemical properties are in equilibrium. This balance provides stability that allows native aquatic organisms to flourish, Sorge explained in a March 31, 2016, talk at the Wisconsin Lakes Partnership Convention recorded for Wisconsin Public Television’s University Place.

While it may be obvious when a lake is polluted or impaired, how do scientists like Sorge determine if one is in balance? The answer isn’t quite as cut and dry as it might seem. That’s because not all lakes are alike. Rather, their differences, determined by variables such as their location on the landscape and where they fit into broader cycles with groundwater and weather, help set the boundaries for the types of habitats and native species they can host.

There are several broad categories of inland lakes in Wisconsin, according to Sorge, and each of them host unique aquatic communities. The lake types include seepage lakes, groundwater drainage lakes (also known as spring lakes), drainage lakes, impoundments and oxbow lakes. They’re differentiated based largely on the source and outlet of the water they hold, distinctions that often help define water quality. A lake’s water quality depends in part on the quantity and quality of the water entering it as well as the rate at which it leaves.

No matter how a lake is defined, attributes like maximum depth, water temperature, stratification and shoreline development all play a role in the quality, type and health of its ecosystems, Sorge said. 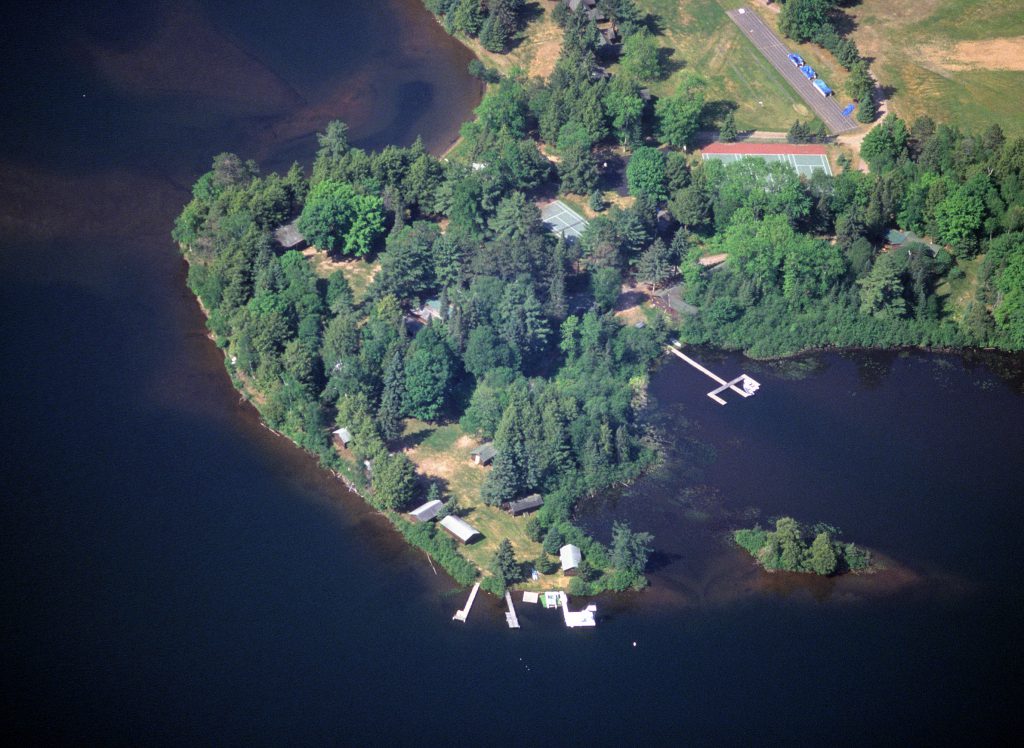 Most of Wisconsin’s lakes are susceptible to three major threats to their health, according to Sorge: algal blooms, aquatic invasive species and destruction of habitat.

Toxic algal blooms are often driven by nutrient pollution in a lake, Sorge explained. Excess phosphorus originates from both agricultural and urban runoff, and it can feed widespread algal blooms. Such events usually occur in late summer, but algal blooms can strike earlier when the water temperature and nutrient conditions are conducive to them. This growth depletes dissolved oxygen in the water and can kill fish. On top of that, blue-green algae is thought to cause neurotoxicity if ingested, making it dangerous for wildlife, livestock, pets and people.

Meanwhile, aquatic invasive species can damage native habitat and outcompete native species, sometimes with disastrous effects for water quality. For instance, the invasive spiny water flea (Bythotrephes longimanus) appeared in Dane County‘s Lake Mendota in 2009 and quickly transformed its food web by preying on the native zooplankton Daphnia pulicaria, which are a food source for other predatory aquatic species. The Daphnia are also an important check on algal blooms, and their reduced numbers have in recent years contributed to massive algal blooms in the Yahara lakes.

Finally, destruction of shoreline and near-shore habitat can also take a toll on aquatic life, Sorge said. This process is often instigated by development of buildings and other shoreline structures, which often transforms biodiverse native habitats into species deserts.

“Once we get to even as little as 15% of [a lakeshore] lot covered with rooftops, sidewalks, walkways, driveways, you’ve increased the mass loading of phosphorus from that parcel of land by a factor of six,” he said. “Our lakes cannot sustain these types of increased inputs if we don’t manage them.” 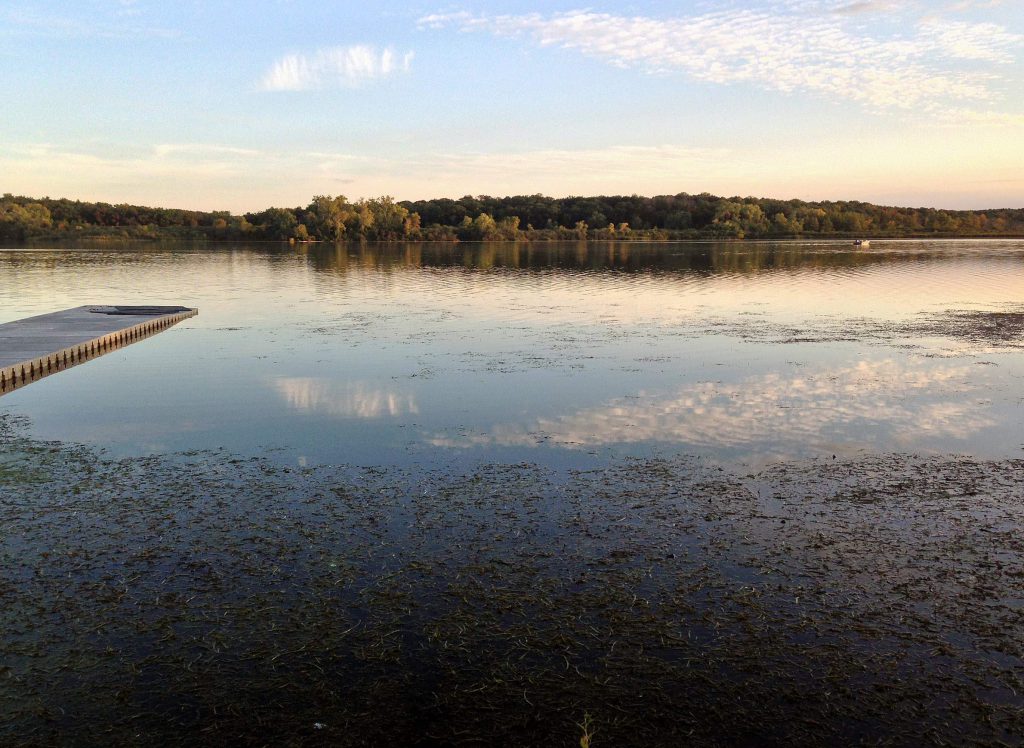 The Health Of Wisconsin’s Lakes And What Throws Them Out Of Balance was originally published on WisContext which produced the article in a partnership between Wisconsin Public Radio and Wisconsin Public Television.