The Rise of Ian Ash 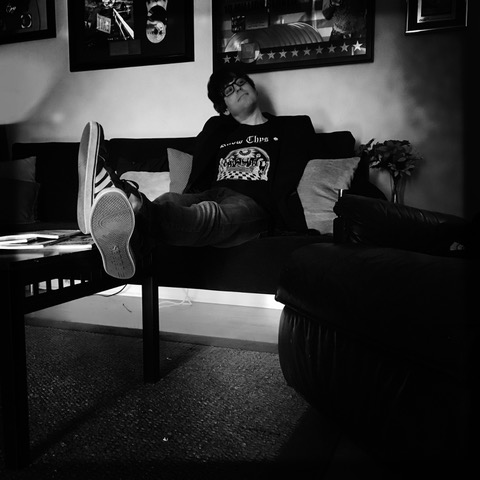 You remember the eponymous song “That Thing You Do,” the core of Tom Hanks’ film of the same name about a fledgling band, The Oneders. (A unique if not confusing spelling of The Wonders.) The title track is instantly recognizable, transporting you to what we perceive as a more innocent time — the 1960s — in spite of  Vietnam.

There’s no law against music being fun, uplifting, purely enjoyable. In fact, sometimes familiar is fantastic. If you have a hankering to take on a blast from the past, you’ll want to check out The Last Bees, the inspired creation of Milwaukee musician Ian Ash.

While there are only 12 unique notes in all of music, there are hundreds if not thousands of combinations that can be made from these 12 notes. If you hear a Beatles sound or melody in Ash’s music, it’s no accident.

Born in Waukesha, Ash’s world was turned upside down at 10 when he first heard The Beatles Anthology.

“For me, hearing the album for the first time was like encouragement to be myself,” Ash says. “My whole life people were telling me not to write like The Beatles, suggesting a more modern sound. I tried that. I like to think I can write in those genres, but I felt The Beatles played from their hearts.” Ash decided he was going to do the same.

“I think music has to be in your heart,” Ash continues. “Has to be organic. I took the naysayers as a challenge to write my own “I Want to Hold Your Hand.”

With the new EP, the self-titled “The Last Bees,” Ash penned numerous songs from the heart. Tracks like “Can’t Wait,” the hauntingly sweet “The Final Sting,” and “True or False,” co-written with Grammy Winner Jim Peterik, formerly a member of the bands Survivor and The Ides of March. Peterik also wrote songs for .38 Special and the Doobie Brothers. Peterik co-wrote the megahit, “Eye of the Tiger.”

“When I first met Ian and heard him sing I knew he was a bright light,” Peterik says. “His songs are clever and show the innocence of great pop rock & roll. It was a real pleasure to collaborate with him on “True or False.” He encouraged me to think lean, be acerbic.”

Says Ash: “Jim (Peterik) and I struck up a friendship through some recording academy events. We kept running into each other. He’s a huge Beatles fan and he invited me over to his house. He has tons of guitars.”

During one meeting, Peterik told Ash he liked his sound and believed he could help him write a song, which he did with “True or False.”

It’s no surprise that Ash’s first guitar was a Les Paul, as the guitar legend also came from Waukesha. “I asked the music store how much the Les Paul was and I almost couldn’t believe my ears,” Ash says. “I knew it was going to take me quite a while to save that much money.”

The piano came first for Ash, then the guitar. “I think learning music is both innate and learnable,” Ash says. “I’ve learned a lot from different producers. Putting things together that never would have occurred to you before.”

The toe-tapping music he produces is part of Ash’s personality. “I’ve always been kind of a happy-go-lucky guy. I get upset now and again, but that’s not really me. For me, music was a release. I was always the place I’d go when I was down.” That’s not to say Ash doesn’t write some songs with darker lyrics, but it’s not what he’s about.

“I write quickly,” Ash says. “I can write a song in one sitting, some come out quickly. The songs on this EP came pretty quickly.” Ash says he normally writes in longhand rather than on a laptop. He’ll type them up after he’s finished.

Ash’s father plays the trumpet and has even played on some Last Bees songs when horns are warranted. “I studied music and have a degree in music,” Ash says. “But honestly, everything I learned from composition came from living the music. I grew up listening to my dad play the trumpet. I think music comes pouring out of you, you don’t try to stop it. You can’t stop it.”

Ash says he’s in it for the long-haul. “I’m fully invested,” Ash says. “There’s no Plan B. I’ve got to do what I have to do to succeed. This is all I could ever stand to do, make my living in music in one form or another.”

He’s got no shortage of upcoming gigs. The Last Bees will be performing this summer at Mo’s Irish Pub in Wauwatosa, Strawberry Fest in Cedarburg and the Milwaukee Bucks Beer Garden among many other venues. In addition to his touring, Ash is busy writing.

“I write all the time,” Ash says. “I’ll go into the studio in the winter with songs I’ve written throughout the year.”

So, where does a young artist put his music to find an audience? “Spotify is important these days,” Ash says. “That’s where most people are finding music. Some of our songs are getting on playlists.”

And from there, who knows? Ash may have the talent, perseverance and attitude to make it in a brutally competitive music world.