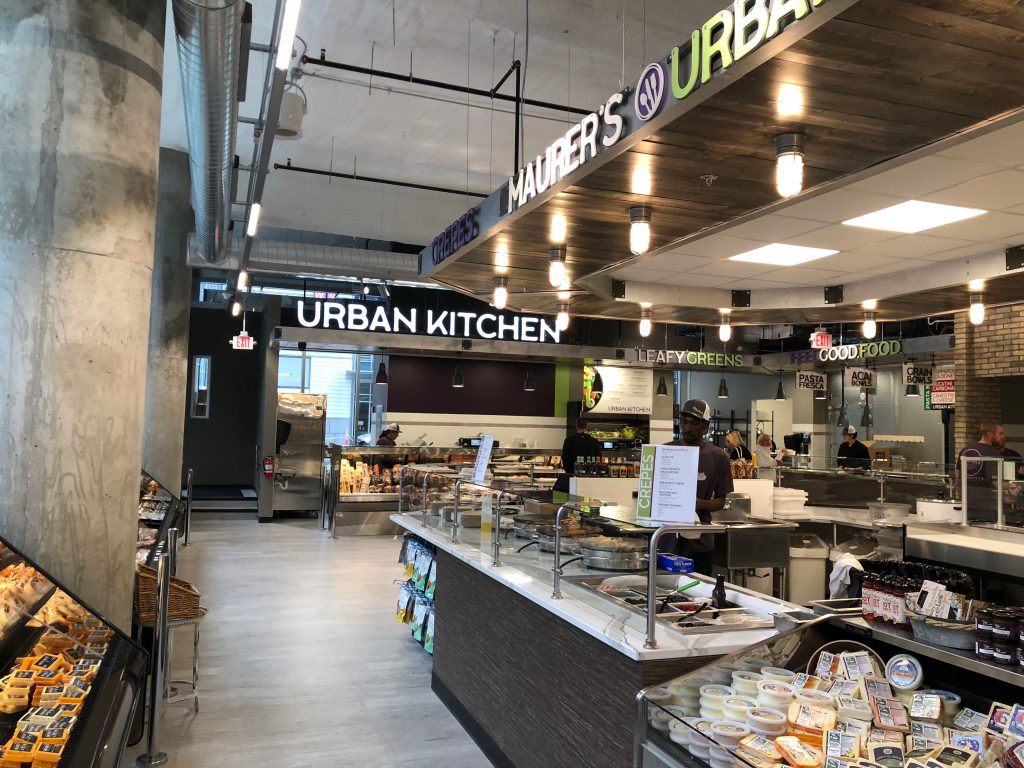 A new grocery store has opened its doors in the heart of downtown Milwaukee.

The 10,500-square-foot store has a mix of offerings, including a scratch-made deli, fresh produce, beer and wine and a host of grocery store staples including cereal, milk and eggs. A Stone Creek Coffee cafe is also located at the store’s entrance.

Store owner Jeff Maurer told Urban Milwaukee in September 2018 that he isn’t intending to compete with the larger downtown stores, including Metro Market and Fresh Thyme, by, for instance, having a wide variety of cereal brands on the shelves. Maurer’s Foods’ target audience is “that day or the next day” shoppers. “Hopefully we will see those customers frequently throughout the week,” Maurer said.

The grocery industry veteran operates a similar store on the UW-Madison campus, and envisions most of the clientele will come on foot or bicycle.

They won’t have to walk far. The city’s largest office buildings, including the US Bank Center and Northwestern Mutual Tower and Commons and 411 Building, are all within two blocks.  “The location is good now and will be better as more density comes,” said Maurer. A small city lives directly above, with 310 apartments included in the 32-story tower.

Maurer said the deli is intended as the primary draw, and that appeared to be working nicely. Crowds in the store Wednesday were grabbing sandwiches and other items from the large counters on the store’s western side.

For more on the 7Seventy7 luxury apartment tower, which includes an incredible array of amenities, see our article on its opening. 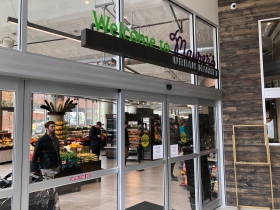 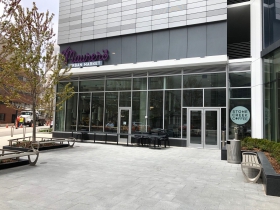 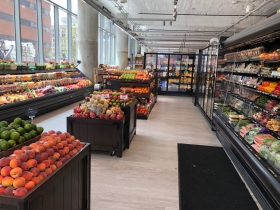 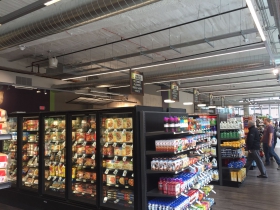 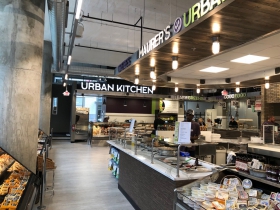 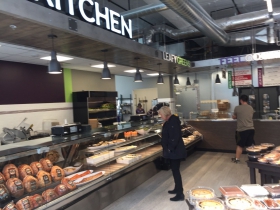