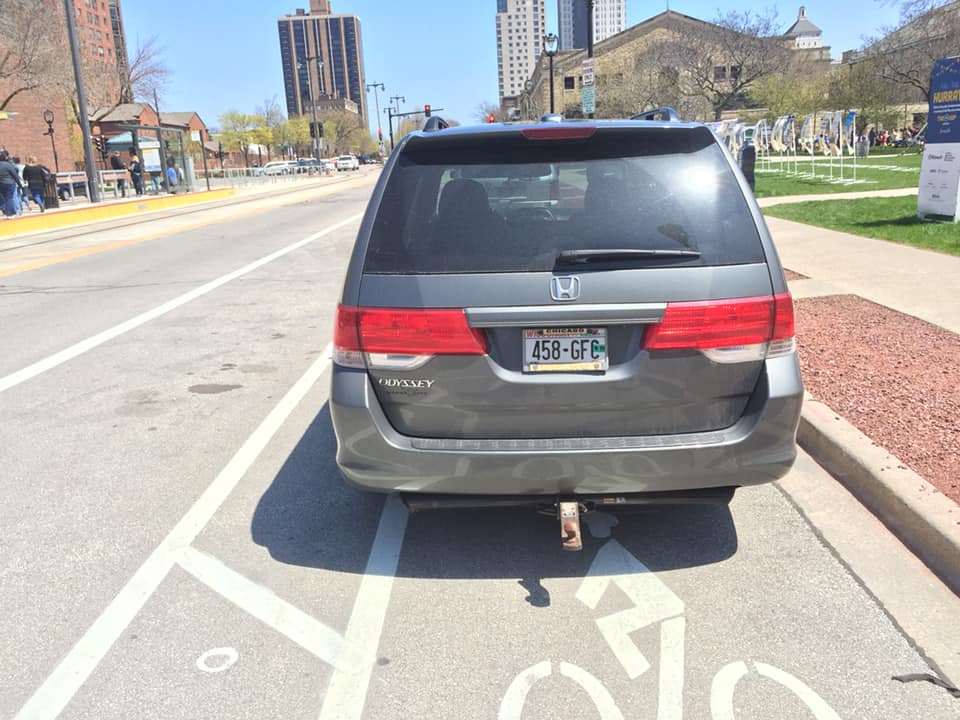 Bike Lanes Need More Than Paint: Several weeks ago, bike advocates nationwide placed red cups that cities demarcated as “bike lanes” but were still generally dangerous for bicyclists. The cups were often smashed or crushed. A recent study found that drivers pass cyclists about 1.25 feet closer when in painted bike lanes than on streets with no bike infrastructure. However, cities are taking steps to building physical barriers between bicyclists and motor vehicles. Cambridge, MA, recently passed a law requiring all streets under construction to add protected bike lanes. In New York and Washington, D.C., similar legislation was introduced this week. (Alissa Walker | Curbed)

5 Ways to Experience Cities Differently: Rob Walker offers ways to engage with the subtleties and nuances of the urban environment. One is to look for ghosts and ruins. “Why hasn’t someone torn that old payphone and hauled it away?” Another is to “get there the hard way.” Walker suggests to go against Google maps and make getting lost an explicit goal. And while you are lost, eat somewhere you usually would not; even without Yelp reviews, Walker suggests taking in a new restaurant atmosphere. His full list of five small yet effective activities aims to help urban travelers fully immerse themselves in cities. Especially in a time where city folk are constantly distracted by their electronic devices, Walker’s suggestions assist in remaining mindful and present in cities. (Rob Walker | The Guardian)

Silicon Valley’s Own Hudson Yards: The developer of New York’s Hudson Yards is looking to build another massive mixed-use complex in Santa Clara, California. The development was actually first announced six years ago but just now got through the review process. When fully built, the project will have 5.4 million square feet of office, 700 hotel rooms, more than 1,600 apartments, and a retail, dining and entertainment district. Along with a 30-acre park, the development is a short distance from public transit and an industrial area being converted into 4,500 housing units. The development is set to open in 2023. (Noah Buhayar | Bloomberg)

Fukuoka, Japan’s Most Innovative City: Fukuoka, long dominated by mega-conglomerates and the unavoidable pull of Tokyo, wants to become Japan’s equivalent to Silicon Valley. Fukuoka is hoping that its image as a compact affordable city will be the force that attracts a young, talented, and educated workforce. In 2014, Japan’s central government approved Mayor Takashima’s request to designate Fukuoka as a “national strategic special zone” for startups, allowing them to cut corporate taxes for new businesses and create a special visa for foreign entrepreneurs. The city is also a site of a new 124-acre smart city and has been rated one of Japan’s most livable cities. (Edd Gent | BBC Future Now)

Even with a decent salary, decent credit, still my options were limited by income. So that got me to thinking: If this is a struggle for me, what is it like for those who are making a little bit over minimum wage, or even those people who are making a decent salary, something like $35,000 to $40,000? The salaries are not keeping up with the rents.

–Ashley Allen in Texas Monthly talking about her struggle finding housing in Houston.

On this week’s podcast, we share a panel from the Shared Mobility Summit in Chicago featuring MassDOT’s Stephanie Pollack, Randy Clarke of Capital Metro, and Sadhu Johnston of Vancouver.