Wisconsin companies who are suppliers to shipyards would gain business.

By Patty Murray, Wisconsin Public Radio - May 3rd, 2019 11:47 am
Get a daily rundown of the top stories on Urban Milwaukee 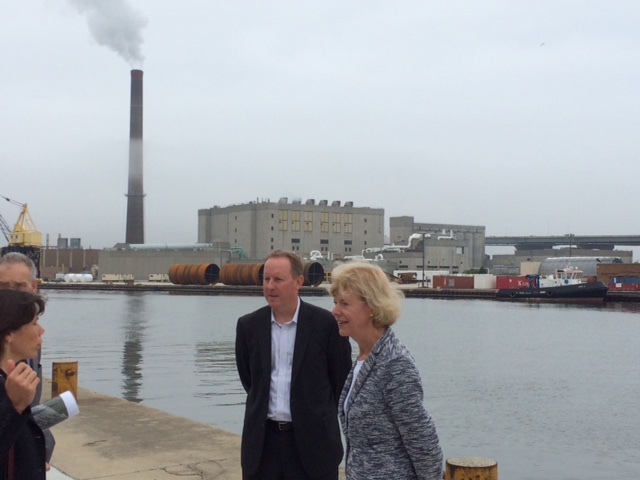 U.S. Sen. Tammy Baldwin, D-Wis., wants to increase funding to help small shipyards. She also says money used through the federal grant program should only be used to buy from U.S. businesses.

There is $19.6 million in federal money set aside for the Small Shipyard Grant Program, but Baldwin wants to bump that amount up to $35 million. She is also introducing legislation to make recipients use the money on domestic products and services.

Shipyards can use grant money to train employees and buy or maintain equipment. Baldwin said those materials should come from American companies, some of which are based in Wisconsin.

She highlighted Marine Travelift in Sturgeon Bay that makes boat lifts and replacement parts. The company has 200 employees.

She added that increasing the available grant money and requiring products and services to be made in the U.S. will help the economy.

“This is something that is pretty key to our commerce by water,” Baldwin said. “So just like large shipyards, we want to make sure that our smaller shipyards have the ability to upgrade and remain relevant in the 21st century.”

Baldwin is a member of the U.S. Senate Appropriations Committee.