By Laurel White, Wisconsin Public Radio - Apr 17th, 2019 12:25 pm
Get a daily rundown of the top stories on Urban Milwaukee 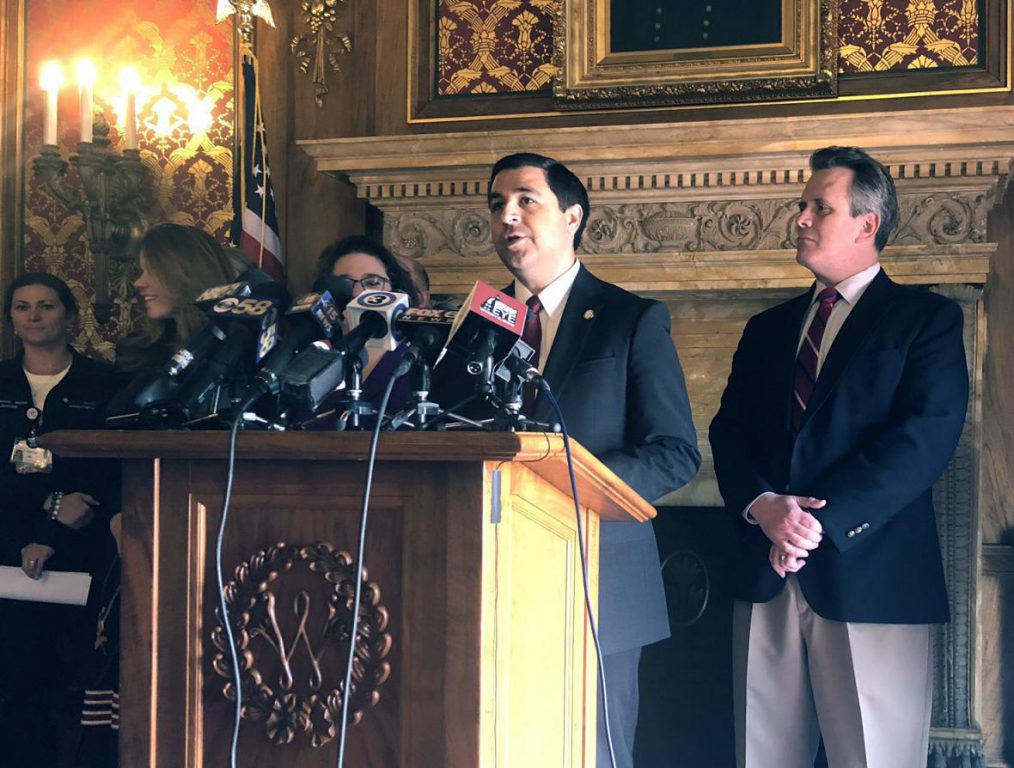 A bipartisan coalition of state lawmakers and the attorney general rolled out a new proposal on Tuesday aimed at preventing a future backlog of sexual assault kits in Wisconsin.

Backlogs of the kits have made news in recent years, as an investigative report in 2015 unearthed a backlog of 6,000 untested kits.

While that backlog has been eliminated, the new proposal seeks to build procedures for gathering, storing and processing kits into state law.

“We are hoping this sends a clear message that the state of Wisconsin is standing up for survivors of sexual assault,” said Democratic Attorney General Josh Kaul. “Hopefully this will make clear to people that if they come forward, they are going to be supported and that they have a number of people who are working to strengthen our response to sexual assault cases.”

If a victim chooses not to report their assault but submits to testing, their kit must be sent by a medical professional to the state crime lab within 72 hours. It will then by stored for up to 10 years, in case the victim changes their mind and would like it to be processed by law enforcement.

Speaking at a Capitol press conference about the bill Tuesday, Jamie Counsel, president of Wisconsin chapter of the International Counsel of Forensic Nurses, said patients often decide to submit their kits to law enforcement weeks or months after it was gathered.

“Victims may be afraid to seek care due to knowing the suspect or fear of victim blaming,” Counsel said.

Beloit Police Chief David Zibolski said the plan will provide necessary oversight and accountability to testing of sexual assault kits — something he hopes will aid law enforcement in apprehending offenders who often repeat their crime.

“Law enforcement is acutely aware that those who commit sexual assault often continue to commit these crimes until they’re apprehended,” Zibolski said.

Lawmakers on both sides of the aisle also gathered to support the plan.

Rep. Melissa Sargent, D-Madison, said the problem has long been awaiting a solution.

“We’ve been talking about this issue for too long,” Sargent said. “The prevention of backlogs is a crucial step in supporting our survivors.”

The state Crime Lab has also been subject to criticism in recent years for longer wait times on DNA, firearm, toxicology and drug tests.

However, Kaul said he believes the lab will be able to handle any increase in kits spurred by the legislation, if it passes.

The attorney general has requested more funding for the lab in his department’s latest budget request.

“The more resources we have, the faster testing can be conducted,” Kaul said.