By Danielle Kaeding, Wisconsin Public Radio - Apr 12th, 2019 12:37 pm
Get a daily rundown of the top stories on Urban Milwaukee 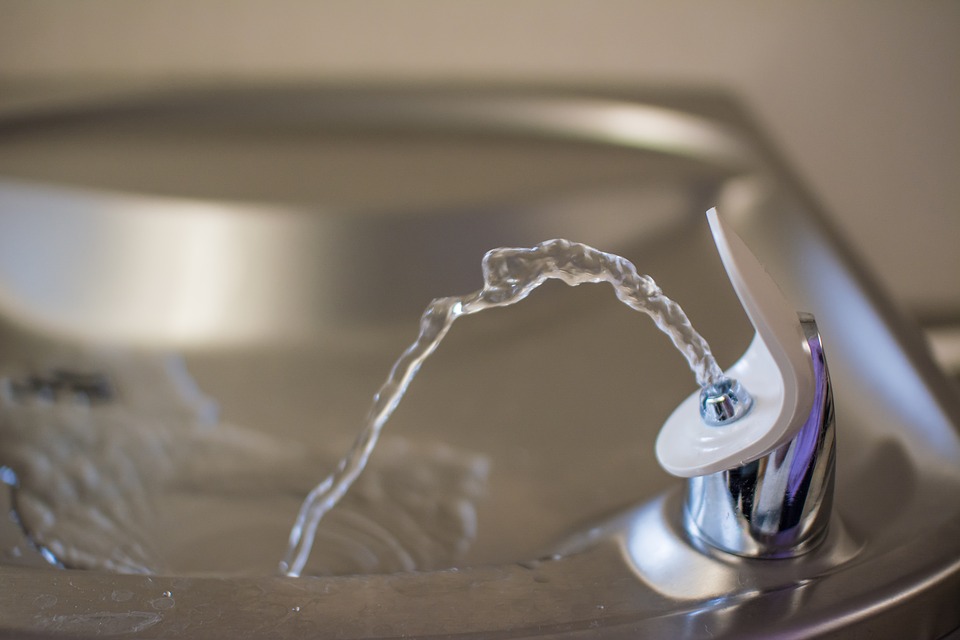 A report released this week gives Wisconsin an “F” grade for not preventing lead in school drinking water. It was among 22 states to receive a failing grade out of 32 surveyed.

The nonprofit, nonpartisan group Wisconsin Environment and the WISPIRG Foundation, who released the report, say the state isn’t being proactive enough to “get the lead out” of schools and day care centers.

Megan Severson, state director of Wisconsin Environment, said some schools are voluntarily testing water in Wisconsin. However, she said they’re not required to take action to address lead unless levels exceed the federal standard of 15 parts per billion.

The American Academy of Pediatrics has recommended states and communities adopt a standard of 1 part per billion for lead in drinking water. Lead exposure is harmful to the nervous system and contributes to lower IQs and behavioral disorders in children.

Heather Paradis, medical director of community services with Children’s Hospital of Wisconsin, said 5 percent of Wisconsin kids have high blood lead levels. The most recent state data shows around 4,300 kids under 6 years old who have been tested had elevated levels of lead.

Paradis noted those levels have been declining over the years as society moved to unleaded gasoline and banned lead-based paint. Deteriorating lead-based paint continues to be the largest contributor to high blood lead levels in children. However, she added it’s important to consider the individual risks and settings where at-risk groups like children are spending their time.

“Especially for those entities, such as schools and day care centers that house babies and young children, that it is likely also good practice to be testing water and utilizing water filters if lead in the water is a known risk,” she said.

Dr. Morri Markowitz, a clinician with Children’s Hospital at Montefiore Medical Center in New York, reviewed the study. He said the varying amount and sources of exposure make it difficult to determine what lead levels in water constitute a health risk among children and adults.

“I think the only way to eliminate the possibility of lead poisoning from lead exposure of unknown quantities through water is to eliminate the sources. We put the sources there. We made the lead pipes … It’s all manmade,” said Markowitz. “It should be a manmade fix to get out of it to be proactively protective of kids and adults.”

The issue has become a question of political will as states and communities grapple with questions of how to fund efforts to remove lead from drinking water.

“We targeted our response to the lead issue as a local opportunity for communities to get involved and provide assistance at the local level rather than people from Marinette funding lead replacement in Milwaukee,” said Nygren. “I’m not sure that that’s necessarily fair from a taxpayer standpoint.”

Former Gov. Scott Walker announced last year the state would provide more than $26 million as part of plan to replace lead service lines. Even so, Vos, of Rochester, said while the “simple answer” is to say government will pay for lead lateral replacements, he supports a suggestion by water treatment companies like Culligan to install filtration systems in homes.

“They had said rather than spending millions and millions and millions of dollars doing lead lateral replacements maybe there (is) a way to do it cheaper and do an osmosis system in a home that would actually solve the problem for drinking water but not have the same amount of money that we spend and have it go further,” said Vos.

However, Stevens Point Democrat Rep. Katrina Shankland, who is vice chair of Vos’ task force, said it’s important for the state to be a leader on the issue.

“This is a complex problem,” said Rossmiller. “Obviously, schools are a focus because that’s where (children) spend a great part of their day.”

The Evers administration says the proposed $40 million in bonding could replace about 9 percent of the roughly 170,000 lead service lines statewide, according to the Milwaukee Journal Sentinel.

Report Calls For State Action To ‘Get The Lead Out’ Of Drinking Water was originally published by Wisconsin Public Radio.

One thought on “Report Urges Action on Schools’ Drinking Water”