Music That Heals the Soul 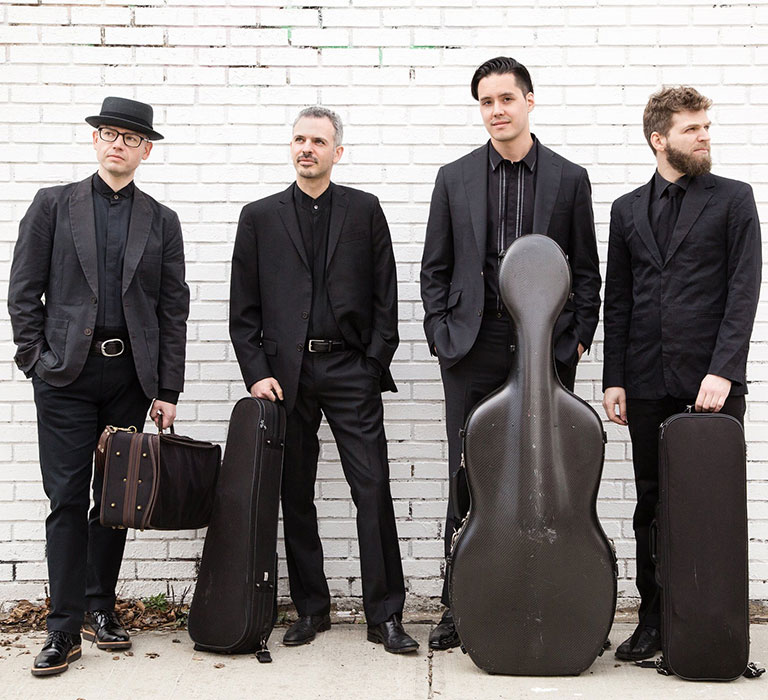 Frankly Music hosts contemporary string quartet Brooklyn Rider next Monday evening. For the second concert in a row, the featured music would also be a good fit for a Present Music concert. Many musicians today expand their performance options by supporting the creation of new music through partnering with today’s composers to develop new music.

Last month, Frankly Music hosted cello virtuoso Támas Varga who marked the 100th anniversary of a landmark cello solo composition by Zoltán Kodály, the Sonata for Violincello by commissioning works inspired by that work. Brooklyn Rider has commissioned five new works inspired in part by Ludwig Van Beethoven‘s String Quartet No. 15 in A minor, Op. 132. They will perform the commissions as well as the Beethoven quartet.

Beethoven often incorporated non-musical influence in his works. His Opus 132 was written in response to a life-threatening illness near the end of his life. Beethoven was so grateful that he recovered from that episode that he wrote a tribute into the quartet – the third movement, called Heiliger Dankesang or Song of Thanksgiving from a Convalescent to the Deity. The movement begins in a morose mood then brightens to recognize his period of recovery. I share critic Kai Christiansen‘s enthusiasm about this movement:

Along a timeline that eludes any mortal reckoning, the music undergoes a slow, organic transformation of heart-rending beauty that feels to be the very embodiment of life infused with divinity. As if sparked into primordial life by bolts of new strength, the tender green shoots of counterpoint grow into a rich lyrical vine embracing the cold stone of hymnody, ultimately blossoming into the most precious song you may ever hear.

Monday’s program, entitled “Healing Modes,” will explore the healing properties of music. Brooklyn Rider asked composers to construct works that also addressed health and healing. All were written within the past year and touch on healing themes: refuge from war and troubles, bodily and mental health, lost culture recovered, borderlands, and the healing power of music. Although only one work is available for advance review, the others appear to respond more to the idea of health and recovery than to the framework defined by Beethoven. 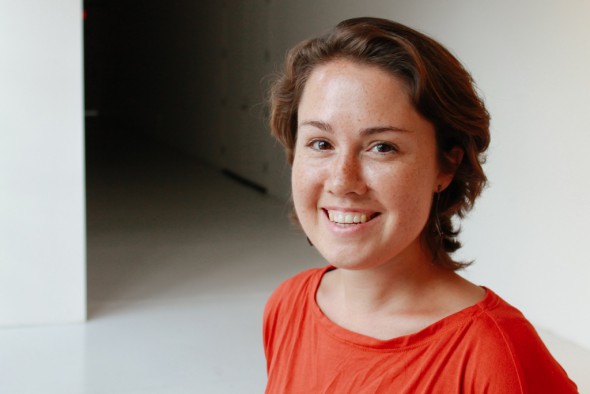 As a dedicated contemporary string quartet, Brooklyn Rider depends upon a stream of new works. They support this process by building partnerships with performance venues, donors, other performing groups and composers. The “Healing Modes” project was not funded as a single project. A commission with young, but established, Caroline Shaw was sponsored by the Madeline Island Chamber Music Festival. The commission to Reena Esmail came from a private donor. Gabriela Lena Franck was engaged as a part of a collaboration with the Vail Dance Festival. A work by Du Yun was funded by Chamber Music Cincinnati. Matana Roberts was engaged to prepare a piece, but also to participate in a series of student activities at the Arizona State University where the Brooklyn Rider served a short-term residency.

Cellist Nicolas summarized the Quartet’s strategy. “That is what the arts are about. Brooklyn Rider is about reaching across the aisle. If you want to go far, go together. We believe in our creative partnerships. They in turn believe in us.”

I’m impressed by the resume of these five artists, all women. They have embarked upon diverse entrepreneurial careers. Their careers involve composition, personal performance, outreach, teaching, crossover collaborations, and direct involvement in concert production. As only one of the commissioned works has been recorded, I will focus instead on the remarkable careers of the composers. Their compositions are likely to closely reflect their life experiences and commitments.

The youngest composer ever to be awarded a Pulitzer Prize for composition,  Caroline Shaw is an accomplished violinist who also sings with and writes works for a contemporary vocal ensemble — Roomful of Teeth. Shaw is familiar to many in Milwaukee because she has been featured several times in Present Music concerts. Her commission for this project reflects her respect for music history and the result relates perhaps more than any other commission to Beethoven’s work. Her work, “Schisma”, is the only work that can be previewed in advance – as the Madeline Island premiere can be found online.

Gabriela Lena Frank has built a substantial portfolio. She has served composition residencies with several orchestras, most recently the Philadelphia Orchestra. An accomplished pianist, she is a winner of a Latin Grammy and has been nominated for Grammys as both composer and pianist,

Born in Berkeley, California (September 1972), to a mother of mixed Peruvian/Chinese ancestry and a father of Lithuanian/Jewish descent, Frank explores her multicultural heritage most ardently through her compositions. She has traveled extensively throughout South America and her pieces reflect and refract her studies of Latin American folklore, incorporating poetry, mythology, and native musical styles into a western classical framework that is uniquely her own.

Frank has been dedicated to education and community outreach through the Gabriela Lena Frank Creative Academy of Music Institute. Established on two farms in Boonville, California, the Institute focuses on outreach to rural communities.

Reena Esmail’s development reflects her journey as a person born in the United States with family roots in India. She has rediscovered those musical roots and worked to incorporate that with her training in Western Classical music. An accomplished singer of Indian music, she has written a piece that incorporates traditional Hindustani ragas. 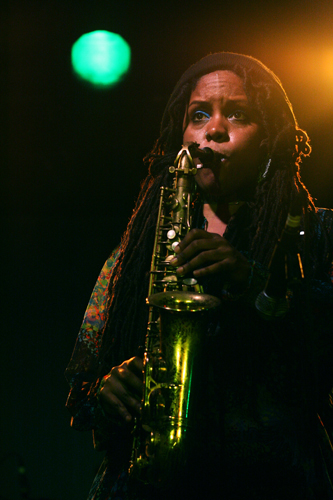 Nicolas points out that Esmail sent audio recordings of her singing to share the sound the string quartet should attempt to achieve. “It is not Indian music. It is Western classical music (with) the evocation, flavor, freedom of expression of Indian music in the vocal line. It is very much a string quartet but the written notes are approximate with quarter tones, slides, and little ornamentations.”

Matana Roberts comes from a different tradition as a saxaphonist in the Avante Garde jazz world. The commissioned work is not so much jazz but introduces improvisational aspects in the score. Nicolas observes: “There is a point where Avante Garde jazz and Avante Garde classical music meet. Uptown and downtown music are being blurred by this new generation of musicians. This was an experiment, but I believe we have got a very powerful piece.”

Roberts recognizes herself as an advocate. Her personal statement:

At my artistic core, I am firmly dedicated to creating a unique and very personal experiential body of sound work that speaks to, and reminds people of all walks of life to reach, stand up, give voice, regardless of difference, created from mere labels of intellectual classification. Through my life’s work I stand creatively in defiance. 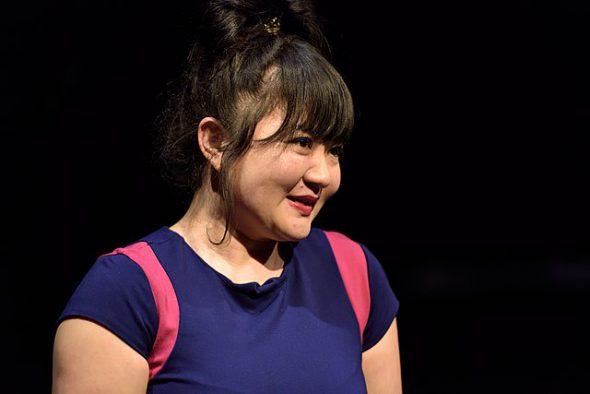 Du Yun has also been awarded a Pulitzer Prize for music. A New York Times reviewer this take on her as a singer: “Her style takes in throaty whispers, groans, and shouts; at times she seems to be evoking Leonard Cohen or Yoko Ono. But mostly, Ms. Du is in a world of her own, and the confident, high-energy theatricality that she brings to her vocal music is woven through her instrumental works just as vividly.”

Also an activist, Du Yun says “I also think that creating works engaging social topics is equally important and those things are not exclusive. More and more, I am concerned about human condition. Art just happens to be the means I know how to engage.”

Join Frank Almond in the audience as the Frankly Music series celebrates its 15th anniversary year by recognizing the energy of young players and composers who ensure the future of a living classical music tradition.

Monday’s April 8 concert will be held at 7:00 p.m. at St. Paul’s Episcopal Church, 914 E. Knapp St. in downtown Milwaukee. Tickets may be purchased online or at the door – $30 general seating and $10 student. Come early for the best seats and stay late for the creatively catered Frankly Music reception after the concert.

The final concert of the season on May 13 will feature Almond’s colleagues from the Milwaukee Symphony Orchestra in two favorite ensemble works; Felix Mendelssohn‘s Octet for Strings and a sextet by Arnold Schoenberg written while he was still a romantic at heart – Transfigured Night. The group will be joined by a special guest, the legendary cellist Lynn Harrell. The series returns to Schwann Concert Hall at Wisconsin Lutheran College for this concert.