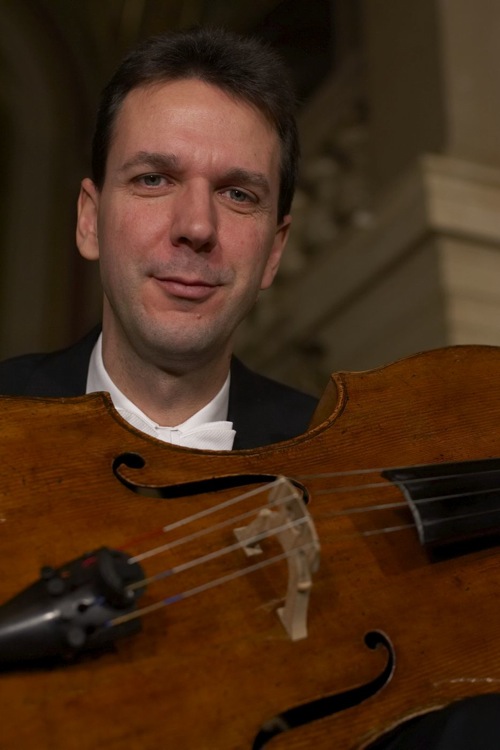 Frankly Music offers a two-part concert next Monday evening. The first features Támas Varga, Principal Cello with the Vienna Philharmonic. He will play a series of new cello solo works reflecting on a repertory standard, Zoltán Kodály‘s Sonata for Violoncello. The concert concludes with a classic piano quartet by Johannes Brahms.

Accomplished cellists must first master the cello suites of Johann Sebastian Bach. Kodály’s Sonata for Violoncello Solo, Op. 8, written 100 years ago, has become the next most important standard for virtuoso cellists. Composer Béla Bartók said of the work, “Here Kodály is expressing, with the simplest possible technical means, ideas that are completely original. It is precisely the complexity of the problem that offered him the opportunity of creating an original and unusual style, with its surprising effects of vocal type; though quite apart from these effects the musical value of the work is brilliantly apparent.”

To mark the 100th anniversary of the sonata’s premiere in 2018, Varga commissioned new works from several composers to write solo works inspired by Kodály. The selections are intentionally varied. The one requirement was that each uses a tuning selection known as scordatura, where two strings are tuned lower than usual. Celeste Power observes that “Scordatura changes the timbre of the instrument and allows for the use of various alternative harmonic possibilities and, in some cases, an extension of an instrument’s range. The open strings contain the majority of the pitches in the pentatonic scale Kodaly uses for his melodies. This allows for many chords that use open strings and harmonics, and the piece is more playable and resonant as a result.”

The works by Gregory Vajda, Aaron Jay Kernis, Konrád Varga (Támas Varga’s son) and Akira Nishimura were premiered in the fall of 2018 and will receive their fourth performance in Milwaukee. After playing the new works, Varga will play the first movement of the Kodály sonata. I’d recommend that readers review the full sonata on Youtube before attending the concert to fully appreciate the effort to honor Kodály’s work. 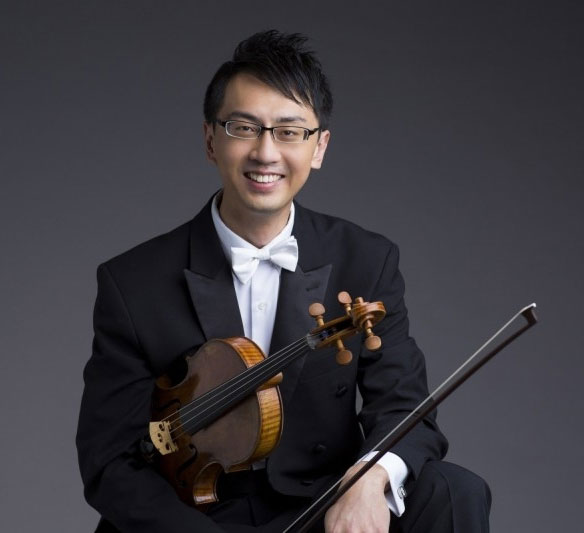 Almond has invited pianist Adam Golka and violist Wei-Ting Kuo to join Varga and himself for Brahm’s Piano Quartet No. 1 in g minor, Op. 25. Golka has appeared several times with the Milwaukee Symphony and on a number of Frankly Music concerts. Kuo was Associate Chair of the Milwaukee Symphony viola section from 2011 to 2014 before taking a position with the Chicago Symphony.

Almond views Brahm’s early quartet as “the first real substantial piece that lived up to Robert Schumann‘s declaration of Brahms as the inheritor of Beethoven’s mantel.” Brahms took his time, writing trios, serenades, etc. before attempting a symphony. “Brahms was learning how to write for ensembles in a way that would be passed on to larger forms and ensembles.” Indeed, Arnold Schoenberg would find material in this quartet to expand to a treatment for full orchestra.

Brahm’s piano quartet opens with an expansive first movement, producing inventive development from a simple motive. An intermezzo replaces the usual scherzo movement. His Andante slow movement builds to a massive climax. Brahms then closes with a no-holds-barred romp. His rondo finale, driven by gypsy rhythms, reminds the listener of other efforts to incorporate “Hungarian” dance in his works, inspired by his friend Hungarian violinist Joseph Joachim.

We all benefit from the best of what Almond’s friends have to offer in this challenging and dramatic concert.

The Frankly Music concert begins at 7:00 p.m., Monday, March 18 at Schwan Concert Hall at Wisconsin Lutheran College, 8815 W. Wisconsin Ave., Wauwautosa. Tickets ($35 reserved seating – $10 for students) may be purchased online or at the door. Free parking is available in a parking garage to the east of the hall.

As an extra concert in the Frankly Music 15th season, the series welcomes back contemporary string quartet Brooklyn Rider. They will perform at St. Paul’s Episcopal Church on April 8. The program is Healing Modes, exploring the healing properties of music, recognized since the ancient Greek civilizations. The program includes music of Beethoven, and new works from composers Reena Esmail, Gabriela Lena Frank, Matana Roberts, and others.

Frankly Music’s final concert of the season on May 13 will feature Almond’s colleagues from the Milwaukee Symphony Orchestra in two favorite ensemble works, Felix Mendelssohn‘s Octet for Strings and a sextet by Schoenberg written while he was still a romantic at heart – Transfigured Night. The group will be joined by a special guest, the legendary cellist Lynn Harrell.