Rep’s family play ‘Things I Know to Be True’ is uneven, but audience seems captivated. 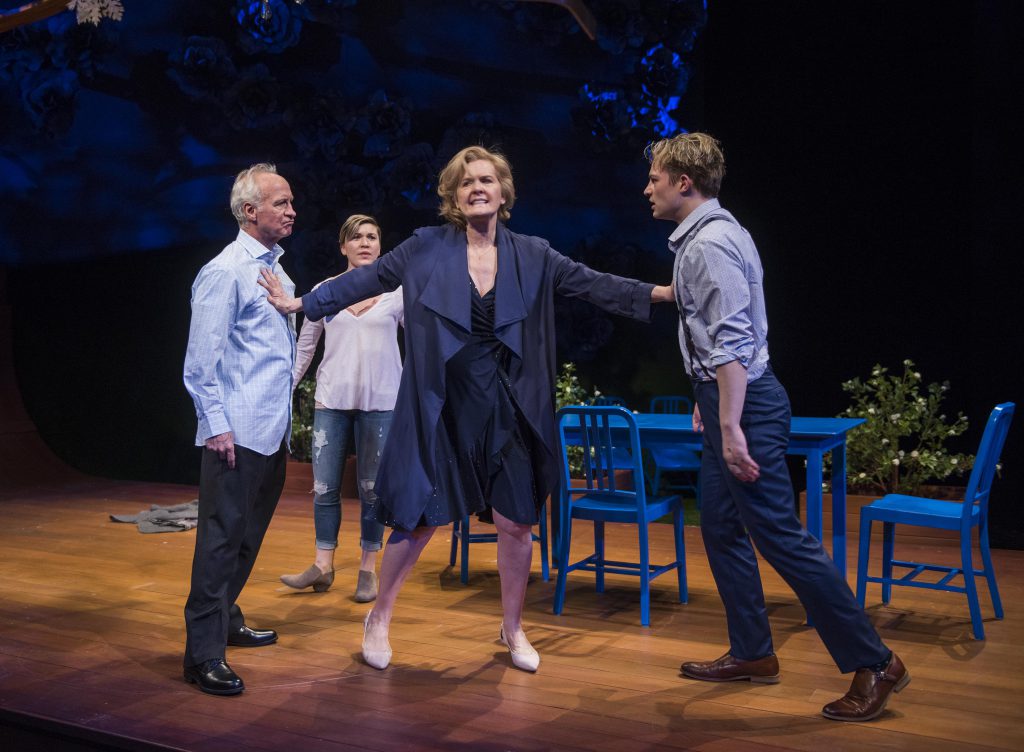 The most central Things I Know to Be True for playwright Andrew Bovell is that adult children never turn out as their hard-working parents expect in today’s nuclear family. Out of that universal truth he has built half a strong play – mainly the first half when the dialogue and staging get under the clichés of always-knowing mother and always-forgiving father.

There is also a ploy at work to involve the Rep’s subscription audience at the Quadracci Playhouse through March 31. The first half is structured so the patrons will recognize with laughter and familiarity the struggles with commitment most families endure when the grown children come home with one problem or another. If that means simplifying some of the interactions of a modern family, so be it.

Only after that comfort level is established will the patrons, many parents among them, be clobbered with the most uncomfortable “come home to parents” stories the children can bring. By that time we are hooked into the domestic empathy that this could be any family.

Director Mark Clements has nicely handled the first half, though surprisingly enough the stories the two daughters bring home are sad tales of fickle foreign men that could have been written for a 1950s movie like Three Coins in the Fountain. What makes it work as well as it does? First is the shrewdly layered dialogue and how Clements has steered the actors to simply tell the interior truth. Then there is the interaction of the father and mother, a beautifully orchestrated variation on television sitcom families particularly designed to strike chords in the audience for their quick realization of the problems and their loving acceptance of the errant children.

The production in its structure masks the harshest wanderings of the adult kids – in order to create a sort of ultimate test for modern parents to accept.

There is an eruption in the middle that a reviewer shouldn’t detail. It contains real power and real family hurt, except it skitters into shouted generalities, with no resolution. Acceptance seems the only option allowed in this vision of the American family.

That’s followed by another family dilemma as a major shock to the system, though it is far more predictable and so unimportant that the play just forgets about it. Then comes an overwrought, overplayed conclusion that doesn’t fully dovetail with what we have learned about all the characters during the preceding two hours.

The production created by an Australian playwright and a British-trained director is probing the idiomatic American values of working class ethics and family emotions. The creators are halfway in styling toward creating a believable family beneath such generalities. But I am not sure this production has served Bovell much beyond the casting, which at least keeps us engaged.

It is the acting more than the poetic overlays that holds us – the character speed with which the mother instinctively understands the grown child’s behavior, the warmth and teasing among the kids, the father’s way of putting his foot in his mouth during family arguments.

The poetic overlays include an enormous surreal tree and shrubbery in a Scott Davis set that would have been better off just with the simple chairs and table also employed to set the family scene.

Other poetic overlays are those interweaving family arabesques provided by movement director Julia Rhoads. The dance moves are supposed to connect the family in ways that echo back into the story, communicating deeper meaning than the monologues about their lives the actors give.  But some of this overlay smacks of technical overkill as if neither the actors nor the audience could reach the interior meaning without them.

Except for Kelley Faulkner as the older daughter the cast is relatively new to the Rep. Faulkner’s role — the stubborn child who leaps the farthest from the suburban values and the family nest – is too generic as written but it is directly interpreted.

Jordan Baker nails every moment of brutal honesty and sudden remorse as the mother. Her part seems to comment so much on what is happening in the play that she could be the playwright’s alter-ego.

As her husband, Bill Geisslinger embodies the conventional expectation of an assembly worker forced to retire early and wandering in and out of his beloved rose bushes, while his nurse wife is always ready with a quip. The audience thinks they recognize this sort of husband well enough to laugh at him. But the actor is shrewder that we are, revealing surprising warmth and strength with an angled look or a cock of the head, turning this marriage into a sympathetic battle of stereotypes.

As the younger daughter, Aubyn Heglie scores high marks for the straightforwardness with which she handles the play’s opening story and mood. But mainly she should be applauded for her constant underplayed presence onstage as a worried observer taking in the family interactions. Zach Fifer acquits himself as the workingman’s son who has been seduced by – well, let’s say the wolves of Wall Street.

But the strongest work among the sons is provided by Kevin Kantor who must dance on the edge of breakdown while fighting for believability in his relationship with the family. The part is written with sincerity, but the actor is forced to generate the heartache, and that requires both a specificity and sense of danger he is still struggling to find.

Things I Know to Be True Photo Gallery 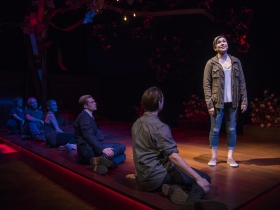 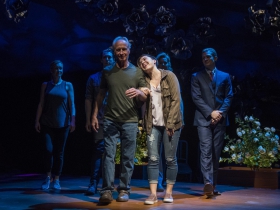 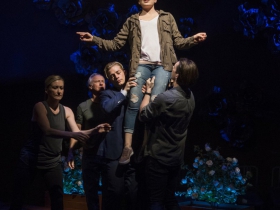 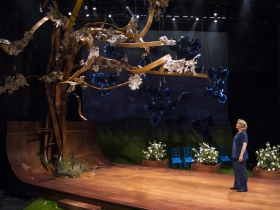 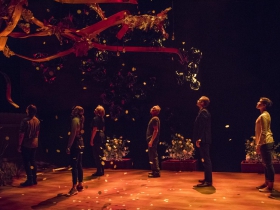 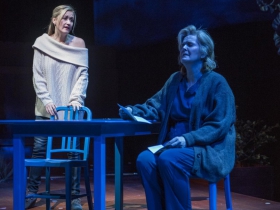