Lucas changes policy, won’t give information to ICE about people detained in the jail.

By Corri Hess, Wisconsin Public Radio - Mar 4th, 2019 10:21 am
Get a daily rundown of the top stories on Urban Milwaukee 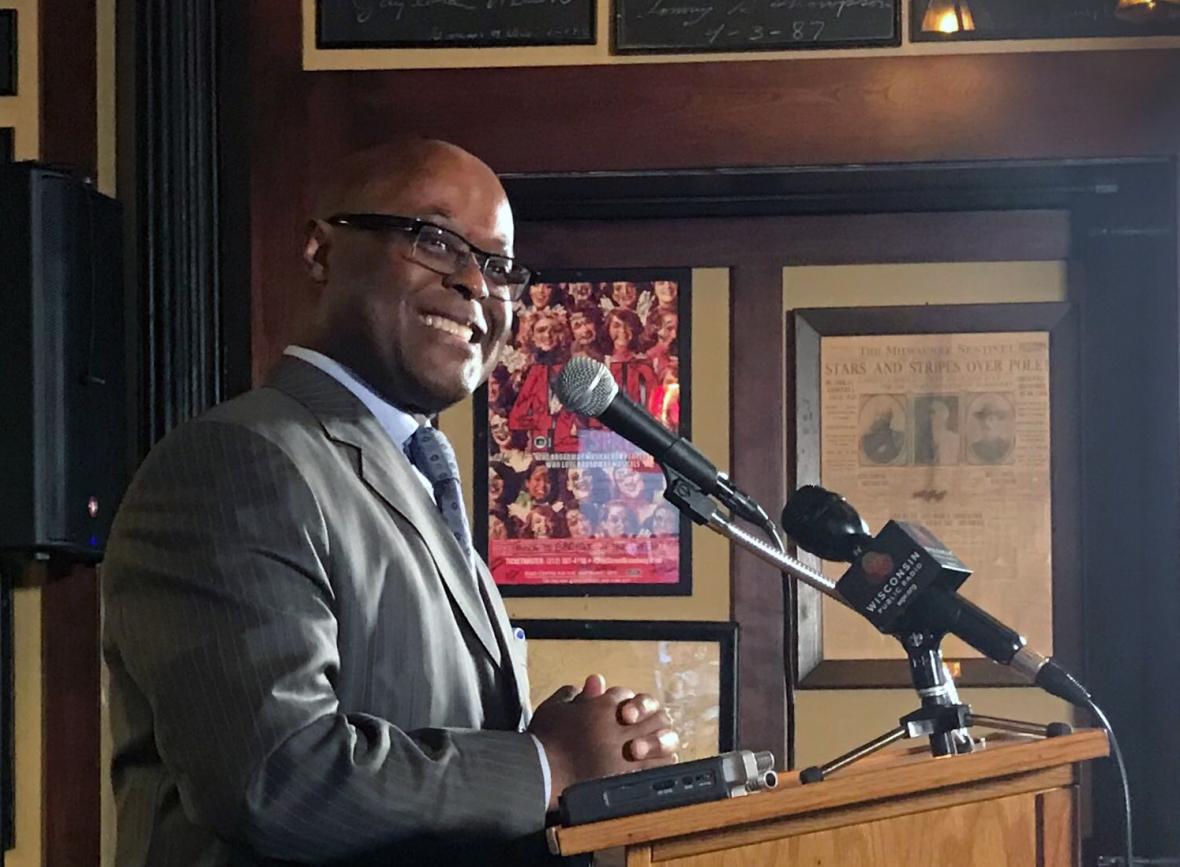 The Milwaukee County Sheriff’s Office will no longer offer information to immigration officials about people detained in the jail.

Sheriff Earnell Lucas, who took office Jan. 7, said he wants to avoid lawsuits other law enforcement agencies across the country have faced for holding inmates for up to 48 hours longer than they should have been detained so U.S. Immigration and Customs Enforcement agents could interview and possibly take custody of the inmate.

Lucas announced last week he had established a policy ensuring that absent a valid judicial warrant, information would no longer be shared with ICE.

Lucas’ policy is a shift from former Sheriff David Clarke’s administration, which not only fully cooperated with ICE, but also attempted to sign a 287(g) agreement to give deputies the authority to act as ICE representatives.

Milwaukee County was not approved for that type of an agreement after community protests. Though the neighboring Waukesha County Sheriff’s Department has signed a 287(g) agreement with the federal government.

“One of the things we need to do in Milwaukee County is avoid costly litigation and judgement awards,” Lucas said during a press conference this week. “It’s not politics. It’s the right thing to do.”

Gonzales said many crimes were going unreported because those living in the country without proper documentation feared deportation.

“Folks were terrified to report crimes when they needed help from law enforcement,” Gonzalez said. “People who truly needed this support were unable to seek assistance because they were living in fear of having their lives shattered.”

From February 2011 to October 2017, there were 2,056 immigrants deported from Wisconsin, according to records from the TRAC Immigration database project at Syracuse University.

In 2018, the American Civil Liberties Union in Wisconsin sent an open records request to sheriffs in all 72 Wisconsin counties asking for information on their ICE policies. The ACLU received responses from 63 counties.

Records received show most departments don’t have a policy.

The Oconto County Sheriff’s Office does have a policy in place that says it will not honor ICE detainers.

Dane County has a policy in place similar to Milwaukee. It says that unless there is a court document signed by a judge, the inmate will be released when their sentence is served, according to a report released in 2018 by ACLU-Wisconsin.