By Corri Hess, Wisconsin Public Radio - Feb 16th, 2019 12:41 pm
Get a daily rundown of the top stories on Urban Milwaukee 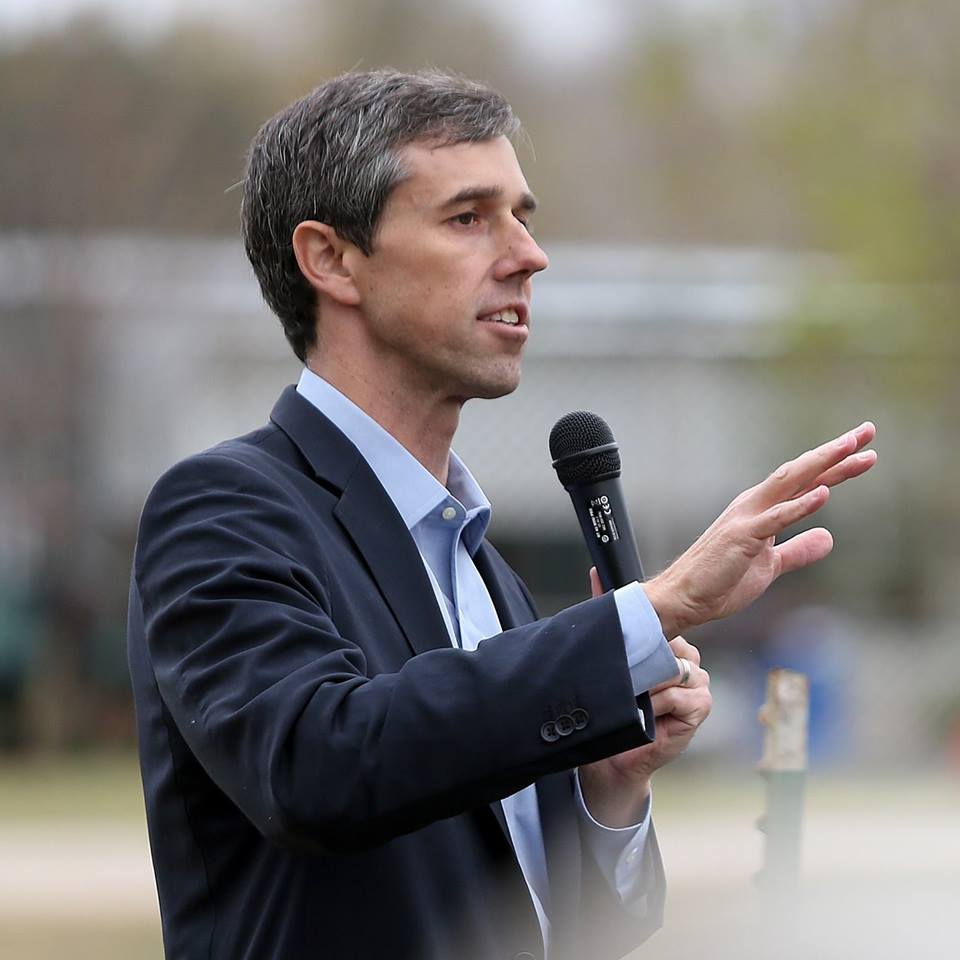 Potential 2020 presidential candidate Beto O’Rourke made his first stop in Wisconsin on Friday, meeting with students at Milwaukee Area Technical College before heading to the University of Wisconsin-Madison.

The former congressman from Texas spent just more than an hour with MATC students in downtown Milwaukee talking about topics ranging from gun control to opioid abuse before meeting with members of the media.

O’Rourke said he wanted to learn more about the role of technical colleges in communities. He said he also wanted to gain a better perspective on what it’s like to live, work, learn, grow up and raise a family in the Milwaukee area. He said being at MATC was “very powerful.”

“MATC should be the example and the model we see across the country,” O’Rourke said.

O’Rourke is one of many Democrats considering running for president next year. He said he’ll decide by the end of the month if he’ll run.

“Before deciding or announcing, I want to meet people on a human-to-human level, not as part of a campign,” O’Rourke said. “Wisconsin is extrodinarly important and perhaps like other places, like the far west part of Texas where I’m from, it is too often overlooked. The conversation does not begin until it’s too late. It’s thought of in strictkly mathmatical terms, the number of delegates or votes, versus the people and the stories that comprise the communities in this state.”

The El Paso Democrat spent six years in the U.S. House of Representatives before giving up his seat in 2018 to run for U.S. Senate against Republican Sen. Ted Cruz. Cruz won 51 percent of the vote, compared to O’Rourke’s 48 percent in November.

Earlier this week he and President Donald Trump held dueling rallies in El Paso in a fight over the need for border security. On Friday, the president declared a national emergency at the border. O’Rourke called the move unnecessary and unconstitutional.

“I have the great honor of living in one of the safest cities in El Paso,Texas,” O’Rourke said. “Walls don’t make us safer, they don’t save lives. They end lives. I know there are legitimate safety concerns at the border. We need to focus on ports of entry, invest in personnel, technology and infrastructure.”

O’Rourke’s visit to Milwaukee is part of his country-wide listening tour where he is holding 20-person roundtable discussions at college campuses.

After meeting with media in Milwaukee, O’Rourke departed for UW-Madison where he was scheduled to meet with students and faculty. The Madison event is not open to the press.

Wisconsin is seen as a key Midwestern state for Democrats. Milwaukee is expected to learn next week if it will be selected to host the 2020 Democratic National Convention. The city is among three finalists along with Houston and Miami.