His deeds are now being investigated by FBI. He lives in a modest Brown Deer ranch home. 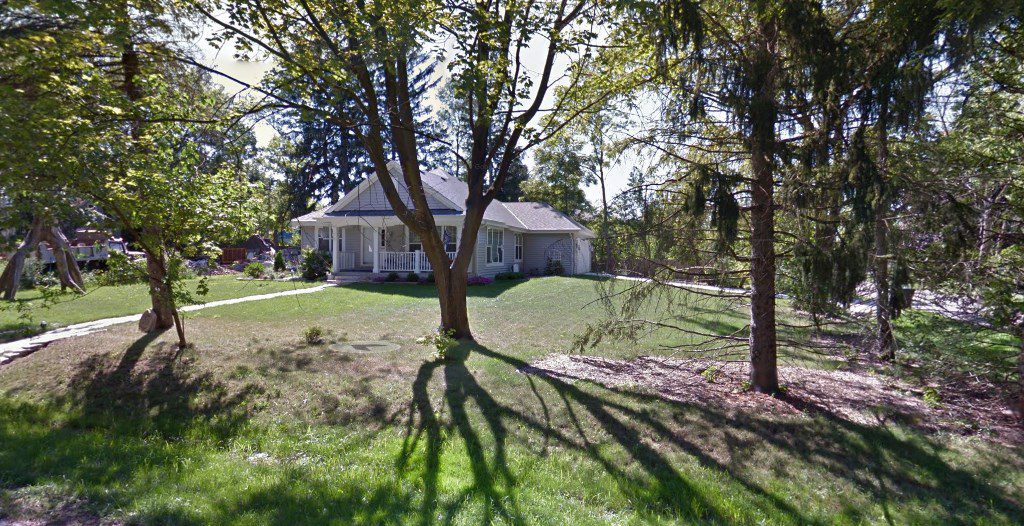 The executive office of the Register of Deeds, located on the first floor of the Milwaukee County Court House, was raided by the FBI and the District Attorney’s office last week.

That is something to contemplate, especially for the incumbent, John L. LaFave [D], who has held the partisan constitutional office since 2003, after serving a decade in the assembly. And contemplation is something LaFave tries hard to practice.

Transcendental Meditation was developed in the 1950s by the Maharishni Mahesh Yogi. His followers not only included The Beatles, but a future Milwaukee County Register of Deeds as well.

What is Transcendental Meditation?

The TM technique allows your active mind to easily settle inward, through quieter levels of thought, until you experience the most silent and peaceful state of consciousness.

LaFave, 69, has been a practitioner of TM for over four decades (his wife, Andrea LaFave, runs the local TM center), so it’s possible that after the raid on his office on February 3rd, he might have required an extra 20-minute session to induce a well-needed higher state of consciousness. Maybe even an all-nighter.

A Cozy Ashram for Two, Priced to Sell

Odds are LaFave sought the solace of his home after the events of that Wednesday.

The LaFave retreat is in the Village of Brown Deer, where the couple, who have two grown daughters and four grandchildren, reside in a home they built in 2008. It has been on the market since August, 2018, with an asking price of $239,900, a small premium to its assessed valuation of $232,500.

The residence has 2,155 square feet of finished living area, including three bedrooms and three full baths. The master boasts a Jacuzzi as well as a separate shower. Om-my!

The dwelling as a whole seems designed for meditation, according to the entrancing description of the Real Estate Poet.

Listen to the soothing words, as you drift toward the pure consciousness of what a great deal this home represents for a contemplative buyer:

For the current residents, however, pre-meditation coffee is hardly likely to induce a state of inner peace, no matter how perfect the covered front porch is in the morning. Stick to Chai Tea and Tai Chi.

About that FBI Raid

The Feds aren’t saying much about the raid other than to confirm it. According to Milwaukee FBI spokesman Leonard Peace, quoted in a Dan Bice article in the Milwaukee Journal Sentinel:

Bice was told by courthouse workers that the raid likely had to do with gathering information on contracts LaFave’s office has with private vendors. They are numerous.

County property records dating to 1835 have been digitized under LaFave’s administration and are available through a county vendor for a fee, according to a LaFave biography on the Wisconsin Register of Deeds Association.

Laredo is designed for large users, like banks, real estate firms and title companies, at a cost of $800 per month. Tapestry is for the casual user, and costs $6.95 per search, plus printing fees of $1 or more per page. Both are operated by Fidlar Technologies, a Davenport, Iowa firm.

An article also mentioned that LaFave used Fujitsu Scanners to enter real estate records into the system. A contractor for that project was Security MicroImaging, a Milwaukee firm now known as Kiriworks.

As an elected official, LaFave must periodically file campaign finance reports. He has lent his campaigns sufficient money in the past to make it difficult for challengers to match such spending for such a relatively obscure position. On May 4th, 2017, LaFave engaged in the”disposal of residual funds” from his campaign treasury. He relieved his account of $1,000 by a legal donation of that sum to a nonprofit Fairfield, Iowa foundation allied with the Maharishna University.

Register of Deeds Puts the World on Notice

The position of the Register of Deeds (ROD) has been enshrined in the Constitution of Wisconsin since the state’s inception in 1848. It records our lives from birth to death, and, especially, our property ownership. According to the description of the office functions as outlined in the 2019 Milwaukee County budget:

The filing or recording of … documents with the ROD is a way of putting the world on notice that something important has happened or will happen. The time of the act or transaction is often an important element in rights or relationships. The ROD records the time when, in effect, the public record is established.

The office is a moneymaker for the county, especially during boom times in real estate, such as we are experiencing now. Rather than being a drain on the taxpayers, it is a benefit, returning a good share of its profits to the general fund, thereby lessening the tax burden. The office, with 30 full time employees, has projected 2019 expenditures of $1,496,506, while it is anticipated to bring in some $4,630,500 in revenue, much in the form of real estate transfer fees, at $3 per $1,000 of sales price, netting an annual surplus of over $3 million.

How Milwaukee is it? The residence is about 12 miles north northeast of Milwaukee City Hall