By Corri Hess, Wisconsin Public Radio - Feb 7th, 2019 10:21 am
Get a daily rundown of the top stories on Urban Milwaukee 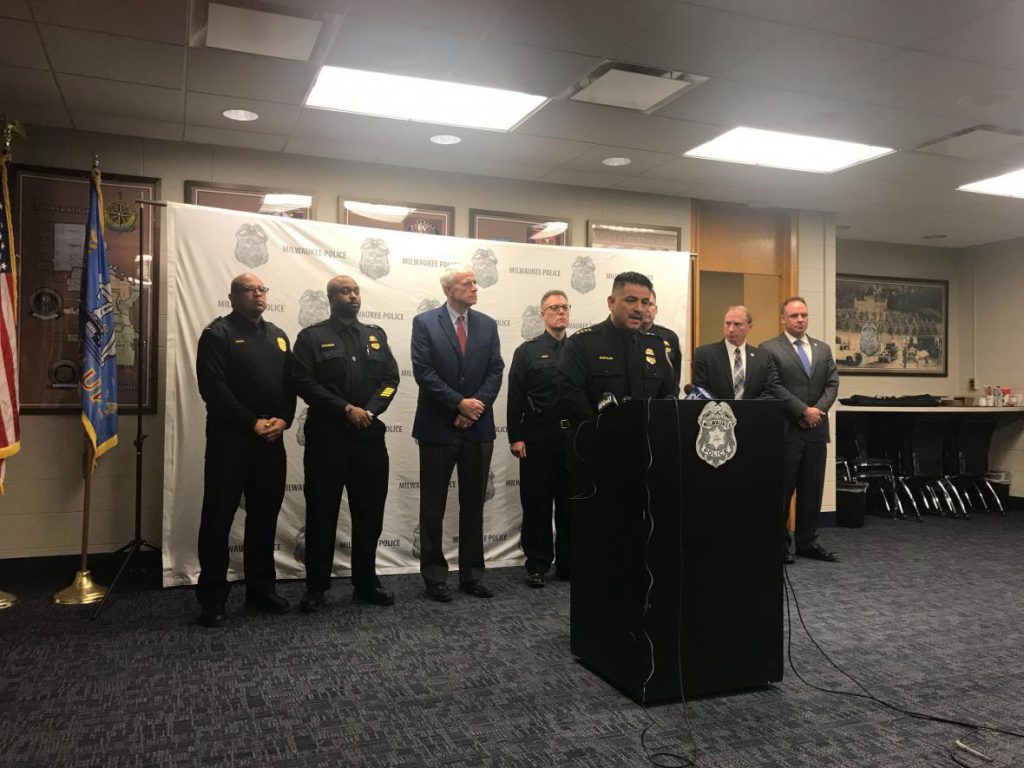 Milwaukee Police Chief Alfonso Morales, center, speaks at an evening press conference Wednesday, Feb. 6, 2019 about the officer who was shot and killed serving a search warrant earlier in the day. Photo by Corri Hess/WPR.

Officer Matthew Rittner left his wife and young son on Wednesday morning to join his fellow Milwaukee police officers on the Tactical Enforcement Unit to serve a search warrant to a man suspected of illegally selling firearms and drugs.

By 9:20 a.m., Rittner, a decorated officer and 17-year veteran of the department, had been shot and wounded while serving the warrant on the city’s south side. The 35-year-old later died at Froedtert Hospital.

Rittner’s death is the third time in eight months a Milwaukee police officer has been killed in the line of duty.

During a news conference Wednesday night, Police Chief Alfonso Morales asked the city to pray for his colleagues during a “tragic time for the department.”

Morales praised Rittner for his courage and service to his country and community. Rittner was also a veteran of the U.S. Marines Corps., serving three tours in the Middle East.

“We lost a great person and a great professional,” Morales said. “We’re going to miss him.” 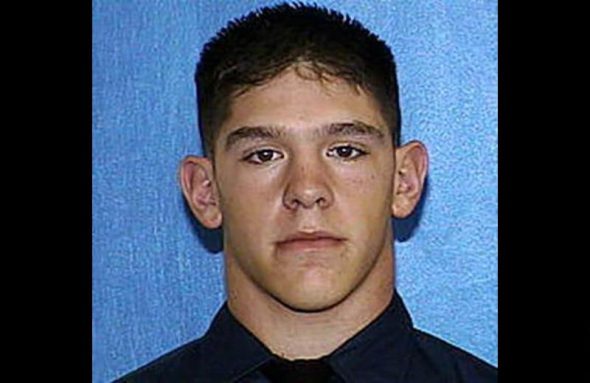 The Tactical Enforcement Unit approached a home in the 2900 block of South 12th Street to issue a search warrant shortly after 9 a.m. Wednesday.

Rittner was part of the team in the front. Officers announced themselves as police, there were several rounds of gunfire shot and Rittner was struck, Morales said.

The officer was transported to the hospital, where he died.

Jordan P. Fricke, a 26-year-old Milwaukee man, was arrested in connection with the shooting at the scene by the members of Rittner’s unit. Another arrest was made there, but police haven’t released further details about that person.

“The members on scene utilized tremendous restraint during the suspect’s apprehension, which is a true testament to the character and professionalism of the men and women of the Milwaukee Police Department,” Morales said.

Rittner began his career as a police aide in 2001. He served as a member of the Tactical Enforcement Unit for 10 years.

In 2016, Rittner was awarded the Public Safety Officer Medal of Valor. The medal is the highest decoration for bravery exhibited by public safety officers in the United States, comparable to the military’s Medal of Honor.

“I’m filled with sorrow for this needless loss and at the same time, I’m filled with anger for the individual who took the life of this individual,” Barrett said. “He was doing his job. He was making this city safer, and he died. He died because an individual decided rather than allow the police to do their work lawfully, he would kill this individual.”

A long line of squad cars left Froedtert Hospital with a hearse Wednesday afternoon and traveled to the Milwaukee County Medical Examiner‘s Office, where an autopsy is planned for Thursday.