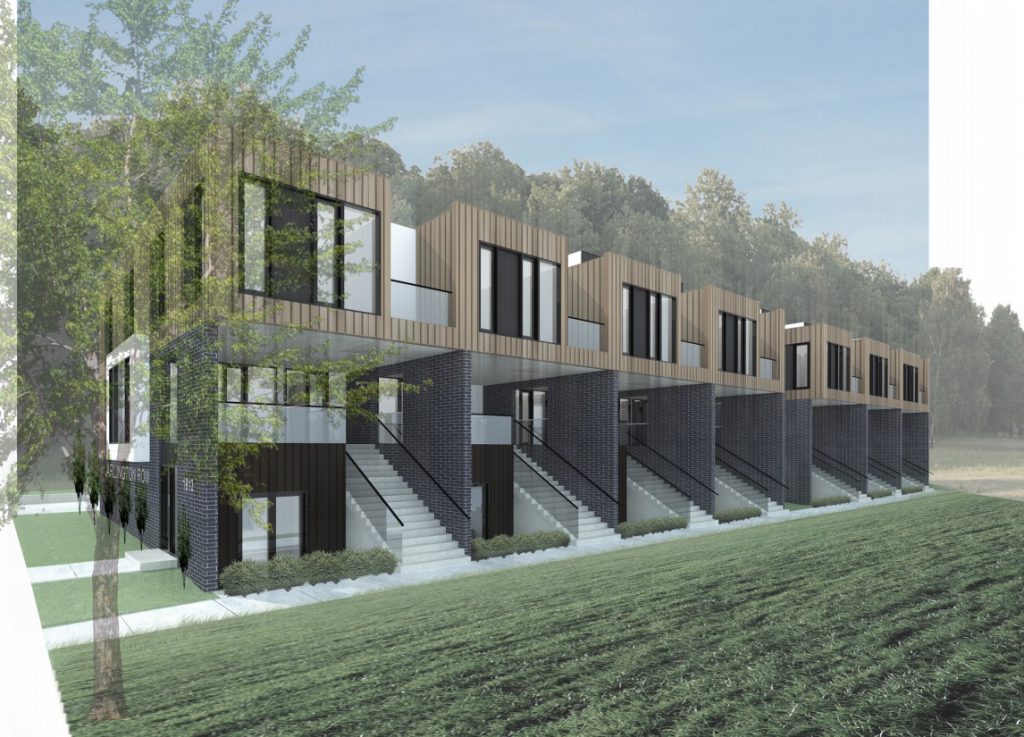 Developer Jason Pietsch hopes to build seven townhouses on Milwaukee’s Lower East Side, but first he’ll have to overcome a quirk in the city’s zoning code.

Pietsch, who is working with architecture firm Striegel-Agacki Studio, unveiled the plans at a community meeting Wednesday night. The townhomes, to be built just north of E. Brady St., would each have approximately 2,100 square feet of space, three bedrooms, a rooftop deck and a two-car garage. Neighbors had plenty of questions, but those present overwhelmingly endorsed the proposal during a show of hands at the end of the meeting.

Pietsch’s units won’t be cheap. He declined to identify a specific price, but said: “I think the number starts with a 5.” That’s $500,000, not $50,000. The developer said that they would initially draw up the condominium association rules so the units couldn’t be rented, but that future owners would be able to change this restriction.

Striegel-Agacki partner Joel Agacki walked the approximately 30 people in attendance through the proposal, including the plans for brick on the lower levels, lap siding on the window bays, and corrugated metal panels on the upper levels. In addition to the three bedrooms, a den, located slightly below grade on the building’s north face, is planned for every unit. A porch in each unit would overlook the park.

The meeting was led by Alderman Nik Kovac, who calls neighborhood meetings in advance of any zoning change. Usually, a developer is pursuing a zoning change to exceed the allowable height or density of the site. But in this case, Pietsch simply needs a special use permit from the Board of Zoning Appeals (BOZA) to construct two residential buildings on the same lot. His proposal complies with all density, parking and height restrictions.

The units, which will face Pulaski Park instead of N. Arlington Pl., would be split over two buildings. Four units are planned for a structure closer to the street, with a smaller, three-unit building in the back.

The two-building pattern is actually the norm for the neighborhood that is filled with carriage houses. Agacki quickly pointed out 12 such parcels before he stopped counting.

Owing to the neighborhood’s heritage as a home for Polish and Italian immigrants, smaller rear units (often dubbed “granny flats”) were constructed in the rear of the lot for extra income or to offer affordable housing to family members. In a number of instances, the carriage house was actually the original house on the lot, moved to the rear when a new, bigger house was warranted. But despite it being a permitted and common use, new construction with two buildings requires approval from BOZA. And in Kovac’s district, that means a neighborhood meeting as well.

Pietsch would create the development site at 1819 N. Arlington Pl. by demolishing the house on the lot and combining it with the adjacent vacant lot at 1813 N. Arlington Pl. State records indicate he has owned the vacant site since 2015, having acquired the 8,600-square-foot lot for $140,000. He has the similarly-sized property with the house, assessed at $242,000, under contract for purchase.

The house is historically designated on the National Register of Historic Places as part of the East Village Historic District, but not by the city. Given that it is not locally designated, there are no restrictions preventing Pietsch from demolishing the building. The house has also been altered from its original appearance. “Most of its historic features are no longer there,” said Agacki.

Kovac pledged to help anyone who reached out to nominate the property for local historic designation, but the proposal would need to comply with standards set forth in the city’s ordinance and be approved by the Historic Preservation Commission.

The alderman, however, doesn’t have a problem with the modern design. “This is definitely an unapologetically modern building,” said Kovac. “A well-designed modern building is okay by me.” Agacki added: “It’s hard to make something look old and when you try it’s disingenuous.”

Still, the plan isn’t universally beloved. “To see something like this, it’s like ‘oh, there goes the neighborhood again’,” said one meeting attendee.

In addition to providing a two-car garage in the base of every unit, the development would eliminate one curb cut creating additional space for on-street parking. Residents would access their south-facing garages via a driveway. The driveway is part of a 25-foot setback between the townhomes and the southern lot line. The additional street parking and setback drew support from those in attendance.

Pietsch, who is a principal at Ogden Development Group, is developing the project on his own. Ogden has been very active in the neighborhood in recent years, developing the Keystone on Brady and Nine10 at Land Place apartments.

Future Problems with the Park

Pulaski Park is clearly viewed as an asset in the proposal with the homes facing it and the rooftop decks overlooking it, but multiple people asked the developer and alderman if they would push to end the park’s popular kickball and softball leagues. The park is owned by Milwaukee Public Schools, which affords the city substantially more control over the park than a county park.

“I would probably take a position you bought next to a park where softball and kickball is played,” said Kovac. Pietsch said he envisioned no changes to park programming.

Beyond the new townhomes, another visual change is planned. Pietsch will pay to replace an 18-foot-tall, chainlink fence that runs along the park’s southern border. He envisions a six-foot-tall, wrought-iron fence with a 12-foot net atop it to catch home runs.

Kovac, referencing Wrigley Field, joked: “If the kickball league ever gets popular enough, they will be selling seating on the roof.”

The proposal won’t change the size of the park. “I certainly would not support any proposal to infringe on the park,” said the alderman.

The proposal, which has been reviewed by the Department of City Development, will next go before the Board of Zoning Appeals. 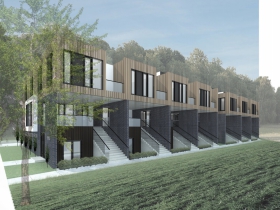 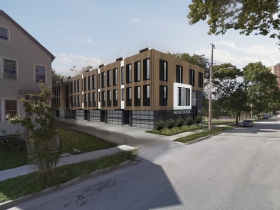 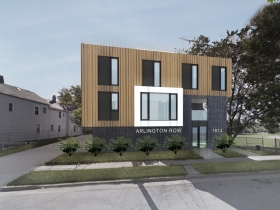 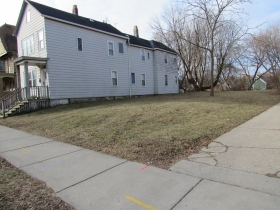 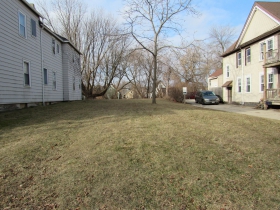 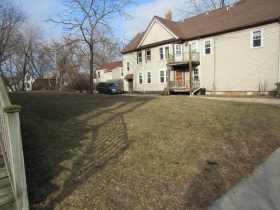 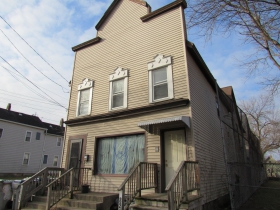 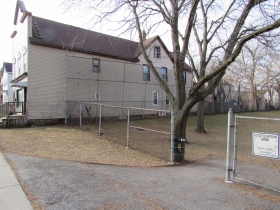 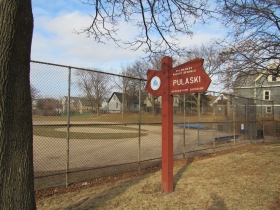