Critics charge its rent-a-roof program could create monopoly, increase costs for some customers.

By Kari Lydersen, Energy News Network - Dec 19th, 2018 03:48 pm
Get a daily rundown of the top stories on Urban Milwaukee 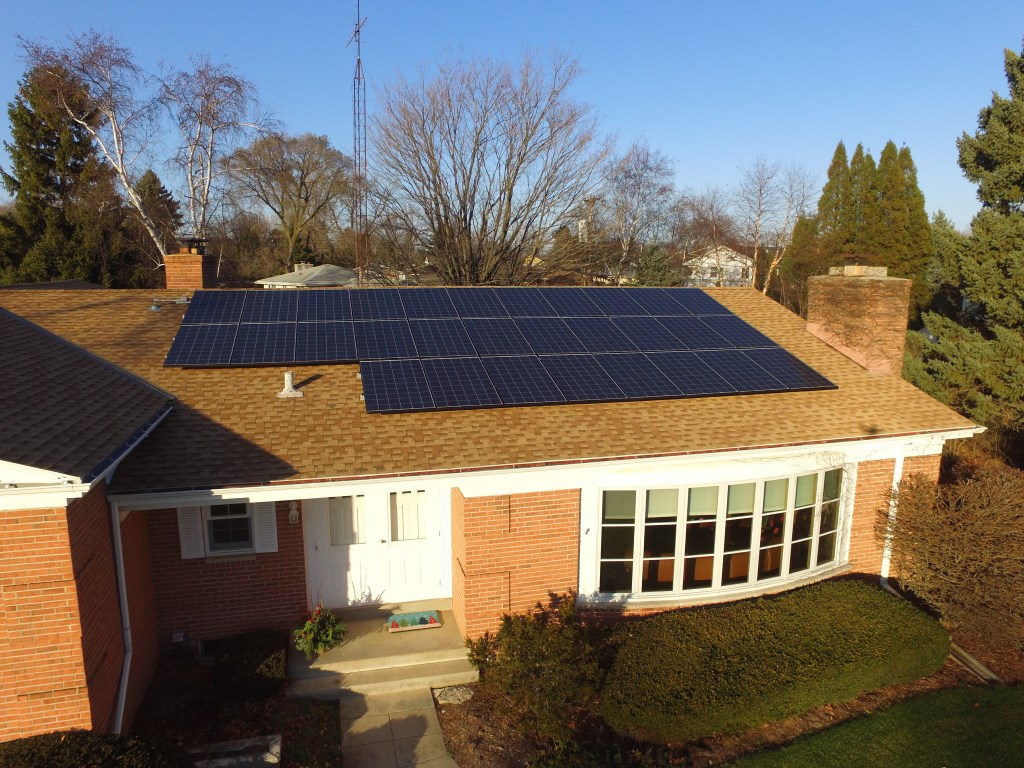 The southeast Wisconsin utility We Energies is proposing a pilot project it says would expand solar and help governments and nonprofits, with the utility essentially renting roofs to build solar installations and paying owners a monthly fee based on the value of the installations in regional capacity markets.

But solar developers and advocates say the program could undermine the private market for commercial and industrial distributed solar, which has been stalled in recent years because of regulatory uncertainty over the third-party ownership model and We Energies’ reluctance to approve interconnection for third-party-owned installations.

We Energies is seeking approval from the Public Service Commission to pass the costs of the Solar Now installations on to all ratepayers. A one-week public comment period on the proposal closed Tuesday, and a vote by the commission is expected any day. (See the docket here). Critics said the one-week public comment period, announced abruptly right before the holidays, was inadequate.

We Energies says that the program will allow it to explore the best locations for solar, increase use of distributed and carbon-free energy, and help nonprofit and government institutions that can’t take advantage of federal tax credits for solar.

Clean energy advocates say they support the expansion of solar in We Energies’ service territory and think the Solar Now pilot (or “Rent-a-Roof,” as it is often called) could help transform unused rooftops into renewable energy sources.

But they worry that the structure of the program grants We Energies too much control over distributed solar, giving it a de facto monopoly and impeding the possibility of third-party ownership and market competition. They also see it as ironic that We Energies wants to charge all ratepayers for the installations, given that We Energies in the past has said customers with solar are not paying their fair share for grid upkeep and are unfairly passing costs on to others.

“Our chief main concern is the impact leading to higher costs for non-participating customers who are already paying the seventh highest rates among nearly 50 utilities across the Midwest. And that customers paying that much deserve a variety of options to lower their costs,” said Tom Content, executive director of the Citizens Utility Board of Wisconsin, which filed a comment in the proceeding. “It’s telling that We Energies, in the span of four years, has gone from wanting to tax distributed solar to wanting to own rooftop solar projects itself.”

For years there has been uncertainty in Wisconsin over the legality of third-party ownership, wherein a private developer owns a solar installation on a customer’s property and sells the energy to the customer or makes lease payments to them. Nationwide, third-party ownership is a common way to help nonprofit institutions take advantage of tax credits for solar and to help customers get solar without paying steep up-front costs.

We Energies in 2014 sought to ban third-party ownership in its service territory, a request the Public Service Commission shot down in the face of much opposition. Solar developers and advocates have long argued that third-party ownership is legal in the state, and they have sought clarity from regulators and lawmakers. In December 2017, the commission denied a request from the Wisconsin Solar Energy Industries Association to open a docket to explore the legality of third-party ownership, saying the issue should be left to the legislature.

The tension over third-party ownership escalated in recent weeks since We Energies denied an interconnection request for six municipal buildings owned by the city of Milwaukee and involving third-party ownership by the company Eagle Point Solar, which planned to own 80 percent of the installations and provide the energy to Milwaukee for a fixed monthly fee.

In a Nov. 29 letter to the attorney representing Milwaukee, We Energies said the agreement would constitute a private entity selling retail energy and illegally acting as a public utility. In October, We Energies had sent a similar letter to Milwaukee and proposed the city join its Solar Now pilot, which it suggested would be more financially beneficial than the contract with Eagle Point. Milwaukee instead made changes to its proposed agreement with Eagle Point, but in its November letter the utility said its position remained the same.

While the Solar Now pilot doesn’t prevent customers from seeking third-party ownership agreements, developers and advocates fear that We Energies’ interest in promoting its own program will make it even less likely to approve interconnection for third-party-owned installations.

“It’s great that a utility that hasn’t publicly recognized in the past the value of solar to the distribution grid is now seeing the light, but it’s not a great deal for customers,” said Amy Heart, senior manager of public policy for Sunrun, a national residential developer seeking to develop third-party-owned installations in Wisconsin. While Sunrun wouldn’t directly be affected by Solar Now, which involves only commercial and industrial customers, she sees it as important precedent for the state.

“What they do get right is customers want solar and there are benefits to the grid. What they get wrong is customers need more choices in Wisconsin,” Heart said.

She added that comparing third-party ownership and the Solar Now pilot would be “comparing apples to oranges when you look at what’s the economic value to the customer. Except the oranges aren’t available in Wisconsin — so you’re stuck with apples.”

In a Dec. 10 memo, the Public Service Commission noted that We Energies’ parent company, WEPCO, could enter into lease agreements with customers and build solar installations on their properties even without commission approval — but the utility needs commission approval to recover costs through its customer bills.

Solar Now would have a limit of 2.25 MW nameplate capacity per installation and a total cap of 35 MW, with 10 MW reserved for nonprofit institutions or government entities. Critics are also concerned by a provision of the pilot that limits the payments customers can get to the capacity value of their own electricity demand; in other words, they won’t get paid for energy generated beyond what they use.

“The proposal is power would go directly onto the grid — so there shouldn’t be any limitation based on their demand,” said Rachel Granneman, staff attorney for the Environmental Law & Policy Center, which filed a comment in the case. “There doesn’t seem [to be] any justification for that when what they’re doing is leasing space. Presumably it would lead to undersizing … Warehouses, for example, are great places to put solar because they have these big flat roofs, but they don’t have much electricity demand.”

Michael Barnett, an energy efficiency consultant who filed a public comment in the proceeding, said the situation highlights how larger structures could be changed to provide more incentives for distributed solar, like making capacity payments of the type We Energies is leveraging accessible to individual customers.

“Distributed generation and rooftop solar have the potential to provide a wide variety of economic and environmental benefits for all ratepayers when policies are crafted with an inclusive group of stakeholders,” he said. “Unfortunately We Energies left the ‘we’ out of the process, and the quality of the tariff suffered as a result.”

This story was originally published by the Energy News Network.