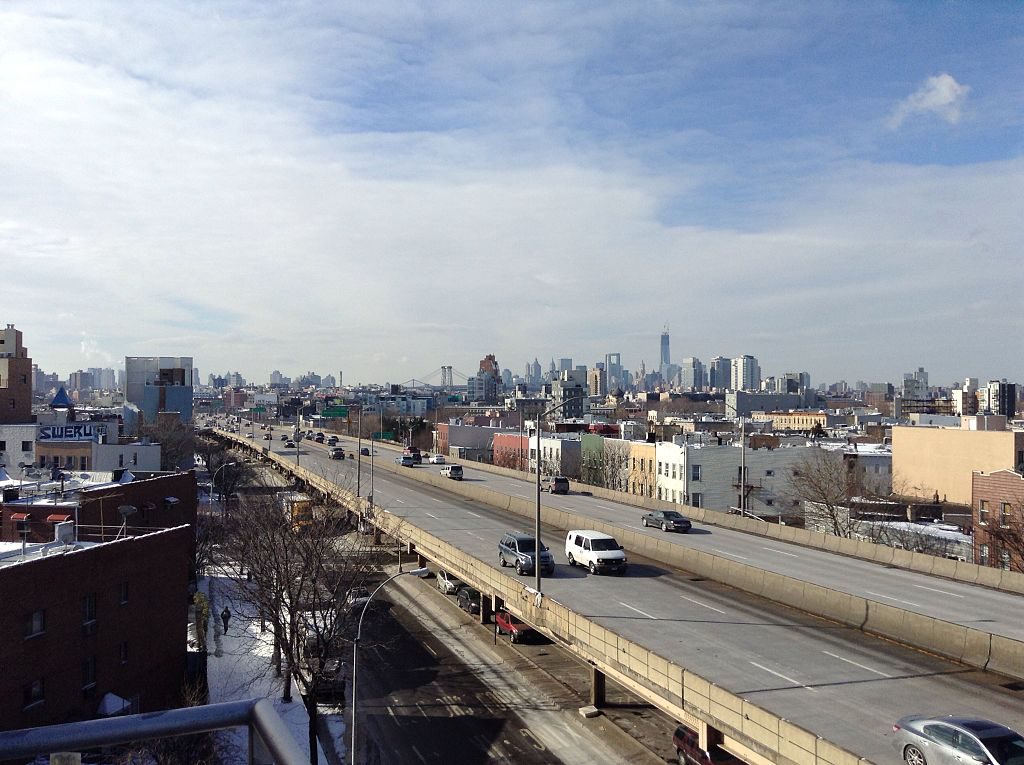 Take down the outdated freeway: The Brooklyn-Queens Expressway is an open wound on the landscape of New York City. Originally begun in the 1930s, its current form owes itself in part to Robert Moses urban highway building extravaganza. But now it requires repairs and Justin Davidson suggests that instead of repairing it for $4B, the freeway which carries 153,000 cars per day should just be torn down. (Justin Davidson | New York Magazine)

Retailers cling to parking ratios: Retail leasing agents in more urban environments are hearing complaints about parking from businesses as the urban cores of cities such as Atlanta redevelop. Builders are still overbuilding parking in urban areas even though developers in some instances have reduced spaces by 20% and many continue to build surface parking feeling that mom’s with strollers fear parking decks. But ultimately the argument for parking that’s repeated is that people are addicted to cars. (Jarred Schenke | Bisnow Atlanta)

Hiring Managers bias against commute distance: New research shows that employers are biased against longer commutes which has implications for equity as people move away from job rich areas looking for less expensive housing. And interestingly enough in the data, the distance seemed to be more important than the person’s individual characteristics. (David Phillips | Harvard Business Review)

The ten pillars of smart cities: A new research report by ESI Thought Lab conducted a survey of officials from 136 cities around the world to understand how each of them looks at the future of smart cities. Now if you don’t understand what a smart city is or think the term is overused, this report is for you. It lays out ten different pillars, implementation areas where technology can help cities become more efficient. Smart cities is definitely a broad term, but perhaps these pillars can bring focus. (Alice Cruickshank | PlaceTech)

Your apps know what you did last night: At least 75 companies use location data from apps on 200 million mobile devices a report from the New York Times found. While the data is anonymized, it’s easy to see how a company could find and follow you if they knew where to look. The purpose is for advertising and analytics of large datasets, but there is a fear they can find individuals if they tried. (Jennifer Valentino-DeVries, Natasha Singer, Michael Keller, and Aaron Krolik | New York Times)

Sometimes when I read the papers of my fellow urban planners, I get the sense that they think cities are Disneyland or Club Med. Cities are labor markets. People go to cities to find a good job. Firms move to cities, which are expensive, because they are more likely to find the staff and specialists that they need.

–Alain Bertaud in CityLab discussing part of his new book Order Without Design.

This week on the Talking Headways Podcast we talk with USC Professor Manuel Pastor about a number of different subjects including rent control, community organizing, and the environmental justice screening method.