By Danielle Kaeding, Wisconsin Public Radio - Dec 13th, 2018 12:10 pm
Get a daily rundown of the top stories on Urban Milwaukee 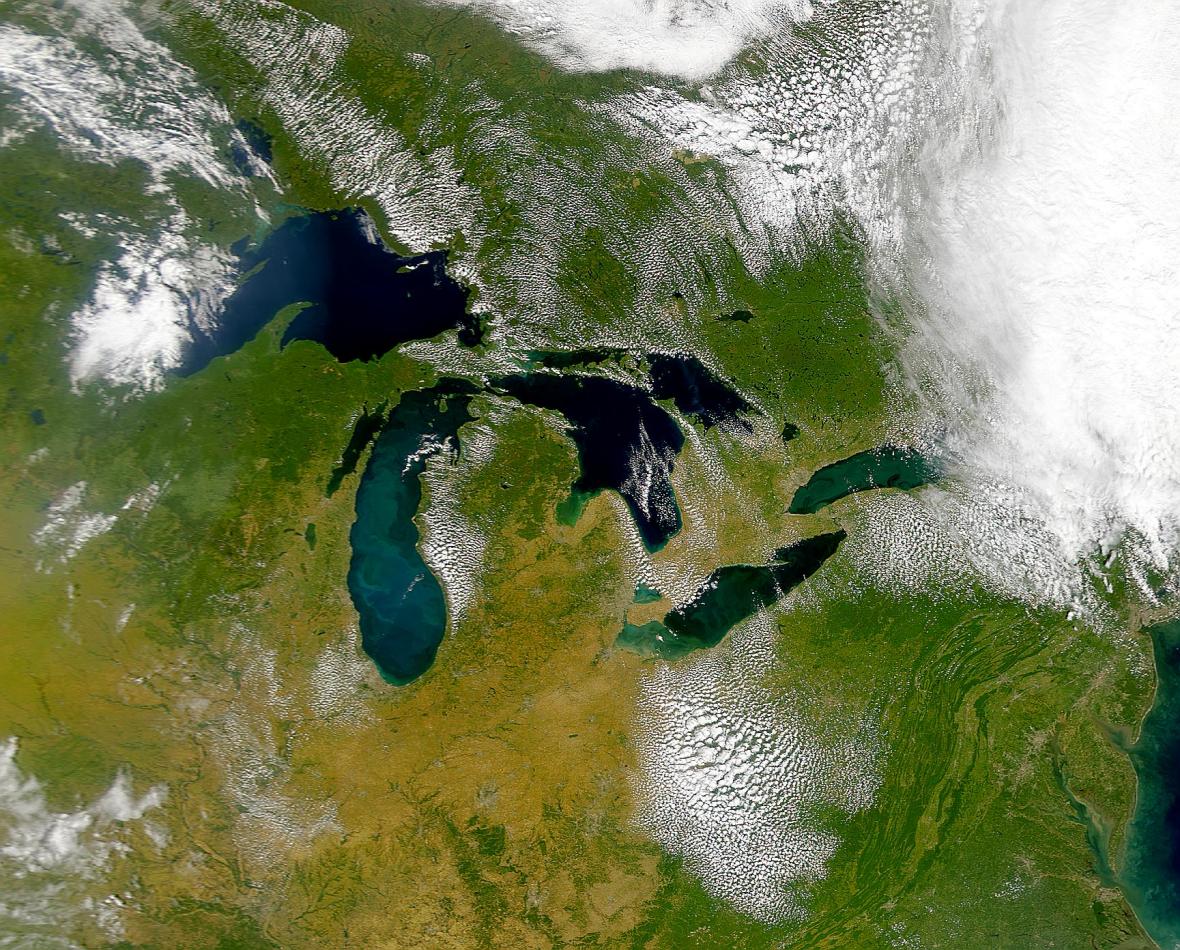 A new report from the science advisory board for a U.S.-Canadian group has identified 15 sites on the Great Lakes that are the most vulnerable to crude oil spills.

The report released Monday by the International Joint Commission’s Great Lakes Science Advisory Board lists sensitive shoreline areas near pipelines or rail corridors that transport oil. The St. Louis River Estuary in Duluth-Superior, the Apostle Islands National Lakeshore, northern Green Bay and the Straits of Mackinac between Lakes Michigan and Huron are among the most vulnerable areas.

The IJC assesses progress by the U.S. and Canada to restore and protect the Great Lakes under the Great Lakes Water Quality agreement that was signed by the two countries in 1972. The commission investigates a range of issues based on goals to enhance water quality and prevent ecological harm to the lakes.

“Because of different issues that we’ve seen from the Kalamazoo River spill to the existing concerns for the potential for a spill from Line 5, which goes through the Straits of Mackinac, the science advisory board wanted to look at this issue in more detail as far as the potential impacts of a spill in particularly vulnerable areas in the Great Lakes basin,” said Sally Cole-Misch, IJC public affairs officer.

More than 800,000 gallons of oil were released from Enbridge’s Line 6B near Marshall, Michigan, in July 2010. The spill impacted up to 25 miles of the Kalamazoo River and cost Enbridge more than $1 billion to clean up.

Meanwhile, environmental groups have been pushing the company to shut down its aging Line 5 that transports up to 540,000 barrels of light crude oil and liquified natural gas per day through the Straits of Mackinac. Enbridge reached a deal with the state of Michigan on plans to build a tunnel to house a new pipeline underneath the lake bed in October.

“Certainly, we hope that the recommendations and findings in this help the states and provinces consider how they might improve their spill response measures, what might potentially aid in decisions about infrastructure siting and review of oil transport,” said Cole-Misch.

The report’s co-author Dave Allan, professor emeritus in the University of Michigan School for Environment and Sustainability, said it’s clear Great Lakes sites are vulnerable to crude oil transport throughout the region.

“I think our main goals of this report are really to bring the decision-makers’ attention to the vulnerability of quite a few sensitive habitats around the lake, the growing volume of material that’s moving through the lakes and the ecological vulnerabilities that we see,” said Allan.

Report co-author Michael Murray, staff scientist with the Great Lakes Office of the National Wildlife Federation, said the report recommends gathering more information on the potential impacts to ecosystems in the event of a spill.

“We definitely need more information on the ecological risks of oil spills in the Great Lakes, including to the types of species that are more common: the walleye, lake trout and so on,” said Murray.

Murray said much of the research known about impacts to ecosystems stems from events in saltwater systems, such as the Deepwater Horizon spill in the Gulf of Mexico and the Exxon Valdez spill in Prince William Sound in Alaska.

“In some cases, they did see some longer-term impacts over many years that they think were at least partly associated with the Exxon Valdez spill say to herring (and) certain populations up in Alaska in Prince William Sound,” he said. “There are potential concerns in that regard if those could play out in the Great Lakes.”

The report also recommends developing oil spill models and studying the downstream impacts of spills to Great Lakes habitats and rivers. Murray said there’s not much research on the impacts that heavy or light crude oil might have on Great Lakes environments, fish and wildlife. Oil that originates from the Alberta tar sands tends to have a form of crude oil that is thicker and can behave more like peanut butter when released into the environment. The oil is often diluted for oil transport, but he said there are concerns that the heavier oil may sink in water and become more challenging to remove if released.

In a statement, Enbridge spokeswoman Jennifer Smith said the company has recently purchased more than $7 million in new equipment that is staged around the Great Lakes in the event of an oil spill from one of the company’s pipelines.

“The health and the protection of the Great Lakes are essential to the vitality, sustainability and the economic prosperity of the region. Annually, Enbridge invests millions of dollars to upgrade and maintain our pipeline system to keep it safe,” said Smith. “Additionally, in the unlikely event of a release, we’re prepared to respond quickly and in coordination with federal and state agencies.”

The commission will review the Great Lakes Science Advisory Board’s report for consideration as part of the IJC’s next assessment report on the Great Lakes that’s due out in 2020.