Wildenberg Hotel Will Be Redeveloped

The Wildenberg Hotel and mobile home park in 2011. Image from Google Maps.

The building, originally built in 1856 as a country mansion for Jacob Nunnemacher, sits on a 1.86-acre site. That was a draw for El-Amin. “What I really like about this is the open land. We didn’t just want to put one multi-family building on the site,” the developer told the Common Council’s Zoning, Neighborhoods & Development Committee.

El-Amin is proposing to develop 23 apartment units and 22 townhomes on the site. “We didn’t just want to put one multifamily building on the site,” he said.

This isn’t the first partnership between El-Amin and Brinshore. Along with additional ACRE graduates, El-Amin is working with Brinshore to develop a 43-unit apartment building known as Villard Commons in the Old North Milwaukee neighborhood. The developer has a number of other projects in the works, including a multi-phase, $60 million housing complex in the Sherman Park neighborhood and a medical office building in Bronzeville.

El-Amin said at the request of area alderman Terry Witkowski, a three-story apartment building would be developed along S. 27th St., with the townhomes at the rear of the site. “He wants something that will stand out,” said the developer. The property currently sits between a strip mall and one-story office building. The concrete-channeled Wilson Park Creek formers the eastern border of the site.

The mansion-turned-hotel will be redeveloped. “Alderman Witkowski was very adamant about keeping and maintaining the Wildenberg Hotel,” said El-Amin. He said his group is exploring using the building as office space or a community room.

The committee unanimously endorsed the request, which will now go before the full Common Council. 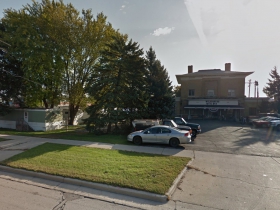 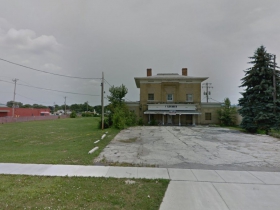 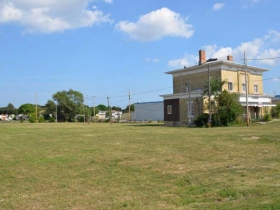