In just over one year, new app generated twice as much revenue as it cost to develop. 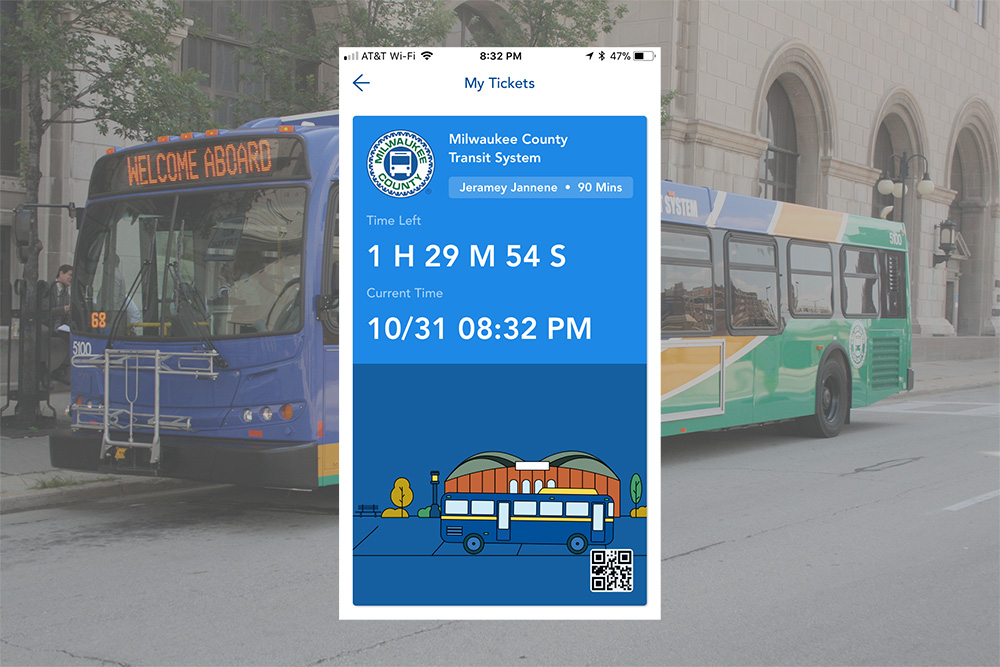 The Milwaukee County Transit System‘s launch of a smartphone application has made it easier than ever to ride a bus. and thousands of riders are taking notice. The application eliminates the need to purchase an M-Card, the system’s fare card system, or carry exact change. Riders can simply install the app, add a credit card or debit card to purchase tickets and hop aboard. Since its launch in November 2017, the Ride MCTS has been downloaded more than 52,000 times, with riders purchasing 191,000 tickets.

Riders can use the app to purchase electronic tickets ($2 each), find routes between locations and track bus arrival times based on real-time location data.

Usage really took off in April of this year, when an Android app was launched to pair with the original iPhone application. MCTS also ramped up marketing of the application at that point, running advertisements on a host of mediums, including the buses themselves.

Prior to the April Android launch, monthly single-ride ticket purchases had peaked at 3,164 in March 2018. Once the Android app was released and marketing began, its growth became exponential. October saw 39,413 rides taken.

Through the end of October, the 191,000 rides would have brought in $382,000 to MCTS, less credit card processing fees and any promotional discounts. “It’s really good to see that the revenue is nearly twice the cost of development, by the end of this month it will be more than double. Pretty good for something that’s just a year old,” MCTS marketing director Brendan Conway told Urban Milwaukee. MCTS leveraged a federal grant to support the development of the application, which cost $180,000.

The app was developed in partnership with Madison-based Tixora.

Riders using the app purchase their ticket before getting on the bus and then show their phone screen to the driver who visually validates the fare. The drivers are able to easily validate the fare by looking for a moving countdown clock and an animated graphic that includes a MCTS bus driving past Miller Park. The moving graphics help prevent fraud, with the day’s date also included on the display to ensure validity. For those seeking to learn how to use the app, MCTS has prepared a how-to guide.

Tickets include 90-minute transfers to ride additional lines, of which an additional 60,000 have been activated within the app.

Who Is Using the App?

Given that tickets are purchased independent of the route, and many MCTS lines intersect or overlap in high ridership areas, it’s difficult to discern exactly what routes the riders are using.

When combined, the overlapping Route 23 and Blue Line have generated 1,305,189 real-time data requests, making the interchangeable routes the second most requested corridor. The routes, which connect West Allis, Milwaukee’s near south side, Downtown and the northwest side, form the system’s busiest line by ridership with 11,710 daily rides in 2016.

By contrast, the most popular route in the app, the Green Line, provided 6,267 daily rides in 2016 between Bayshore Mall and General Mitchell International Airport. The third-place route by app usage, Route 15, overlaps with the Green Line through Downtown and the north end of Bay View, indicating a likely high amount of app users riding between Downtown, Walker’s Point and Bay View.