By Patty Murray, Wisconsin Public Radio - Nov 17th, 2018 02:12 pm
Get a daily rundown of the top stories on Urban Milwaukee 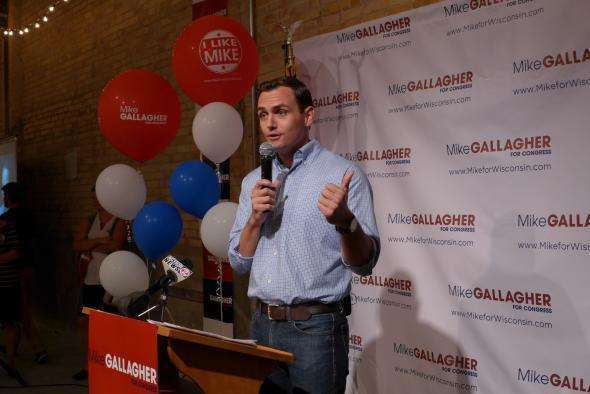 The Republican representative for Wisconsin’s 8th Congressional District, which covers the northeastern part of the state, wrote that — and more — in a piece in The Atlantic, titled “How to Salvage Congress.”

“If you are among the 11 percent of Americans who believe that everything in Congress is going swimmingly, then save some time and stop reading right now. (But first, please share whatever experimental drugs you are on.) But if you are among the 87 percent of people who are concerned about what is going on in Congress, then I have an important message for you: It’s much worse than you think.”

In an interview Friday with Wisconsin Public Radio, Gallagher said Congress has ceded too much authority to the executive branch and to party leadership.

In a series of decisions dating back to the 1970s, he said the White House and party leadership have taken over the power to appoint the chairs of congressional committees.

He outlined a series of proposals for Congress to regain its influence including having members of congressional committees choose their own chairs; changing the congressional calendar to make members work five days a week in Washington instead of flying back every two or three days to their districts; and simplifying the committee structure so issues do not overlap.

“We need to end the jurisdictional ‘Game of Thrones’ by simplifying the committee structure,” Gallagher wrote in the piece. “I propose reducing the total number of committees to better correspond with the number of major executive-branch departments and agencies.”

Gallagher said he wrote the piece long before the November election, which he won by a large margin.

“My hope and my intent with the piece was not to criticize, but to offer constructive proposals for the 116th Congress, which is starting in January and can work better and learn from the mistakes of the past,” Gallagher told WPR.

Unlike his first term in Congress, Gallagher will now be among the House’s minority party, a change that he worries could lead to gridlock.

“I worry that some of my Democratic colleagues will just be motivated by reflexive opposition to the White House and then the White House in turn will respond; and we’ll just get two years of people throwing bombs at each other on Fox News and MSNBC,” Gallagher said.