Present Music concerts are popular in part because new music is presented in novel, unexpected ways. That said, Present Music returns to a now familiar formula this Sunday afternoon for its annual Thanksgiving concert.

Held in the magnificent Cathedral of St. John the Evangelist, the Present Music concert celebrates the central Thanksgiving message – community. For many, this secular observance has become an annual tradition.

This concert, observing the close of Kevin Stalheim‘s 37 years as Artistic Director, will reprise many moments from past Thanksgiving concerts. 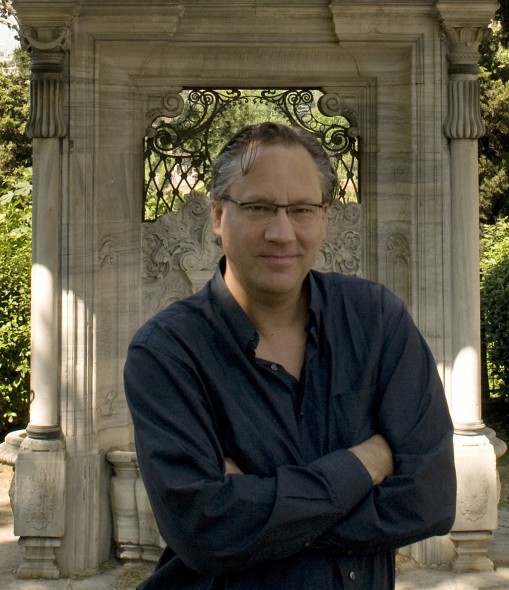 As one tradition, Present Music commissions a new work. This year American-Turkish composer Kamran Ince will premiere “Meditation and Gratitude.” The text is compiled from various poems and sayings of Rumi, the ancient Persian poet and mystic whose wisdom and teachings transcend ethnic divisions.  Ince has been featured often at Present Music concerts. He writes that his new work was “written to celebrate, and to show gratitude for, Kevin’s many years of immense contributions to new music in the United States and in the world.”

The concert reprises Robert Honstein‘s “Book of Hours.” Premiered at this concert in 2016, the work loosely follows the structure of a medieval book of hours. The music takes its inspiration from an artwork stitched by artist and graphic designer Laura Grey. The project reimagines the ancient daily-devotional prayer book as a contemporary work – a large, table-sized book, roughly hand-stitched in red thread on delicate tissue paper. The contemplative work plays off literary quotes from Shakespeare, Rilke, poetess Jorie Graham, A Band of Horses and others.

Composer Caroline Shaw, who was featured to broad acclaim in 2013, will be represented by “From Rivers.” The Ronald Reagan IB High School Choir and the Homestead High School Choir combine their voices in this work. Accompanied only by a solo violin, a sonorous chorus harmonizes behind a soaring soprano voice. “We are beginning .. we come together ” – a simple, appropriate sentiment. This specific work was offered at 2015 Thanksgiving concert.

Organist Karen Beaumont will perform Jehan Alain‘s dramatic organ work, “Litanies” last played at this concert in 2016. Alain left instructions for the performance of his work:

When you play this piece, you must give the impression of an ardent evocation. The prayer is not a complaint but an irrepressible hurricane that overthrows everything in its path. It is also an obsession: one must fill the ears of men and of the Good Lord! If, in the end, you do not feel exhausted, then you will neither have understood nor played as I want it. Push yourself to the limit of speed and clarity.

An adaptation of an ABBA favorite, “The Way Old Friends Do,” reprises a moment from 2013. The text seems to sum up the communal spirit of this annual gathering.

The afternoon opens and closes with a drum circle song and a Native American Friendship Dance involving much of the audience – joining hands and circling the inside walls of the cathedral space.

Present Music offers the opportunity to preview concerts by offering the program details and links to recorded performances of many scheduled works. As with any music you may have not heard before, the concert experience is enriched by listening to the works once before the concert. The magic, however, is only experienced at the event, when program, unique space and community come together.

To the many who return each year, the concert has become a secular community observance. We can all be thankful to Stalheim for creating and nurturing this community event.

The Thanksgiving concert begins at 5:00 p.m. Sunday, November 18th. A pre-concert talk with composer Kamran Ince begins at 4:00 p.m. Set your GPS for the Cathedral of Saint John the Evangelist at 812 N. Jackson St., or just head for Cathedral Square in downtown Milwaukee. Street parking is generally easy on Sundays. Or park along the route and take the streetcar to Cathedral Square.

Tickets may be purchased online through Friday, then at the door. Priority seating is sold out, but open seating in the other two sections range from $15 to $25.

Present Music will offer its next concert, In the New Chamber, as two performances February 21 and 22, 2019. The selection of contemporary chamber music benefits audiences close to the musicians in an intimate space. This year will use a recently opened venue tailored to Present Music’s palette, the Jan Serr Studio at UW-Milwaukee’s Kennilworth Building.