Should McKinley School Be Redeveloped? 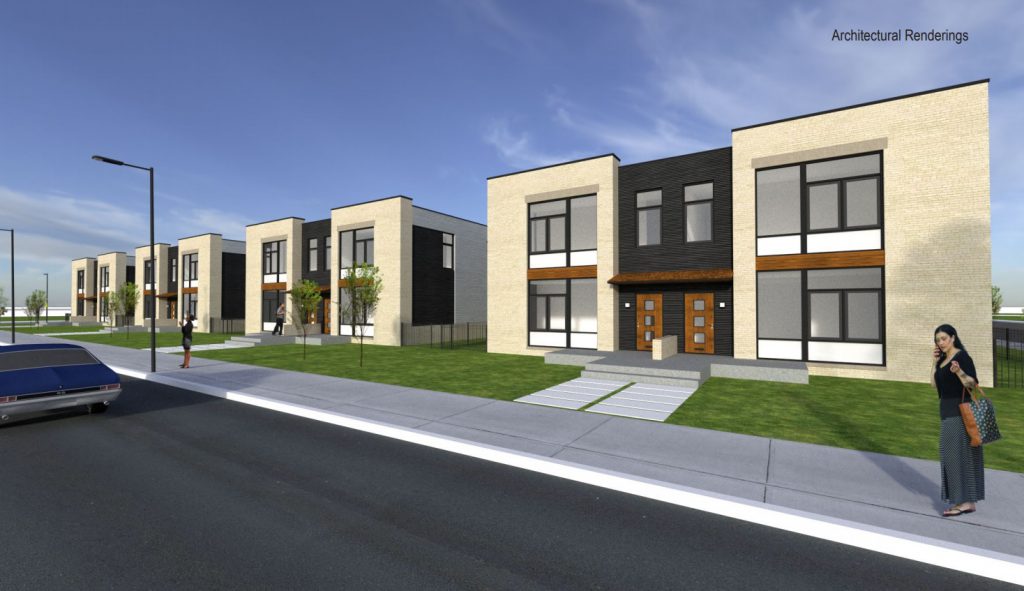 A former Milwaukee Public Schools building may see new life as apartments, just one of many being redeveloped across the city. But the redevelopment of the former William McKinley School at 2001 W. Vliet St. is nothing ordinary.

Unlike many of the other recently developed schools, which became available in the past decade as MPS enrollment has declined in the wake of the growing voucher school system, McKinley was closed by MPS way back in the 1970’s. The district sold the building to the VE Carter Child Development Corporation in 1991. Carter operated a school in the building until 2009 and a day care until 2013. The city gained control of the building in 2016 via property tax foreclosure, the second time since 2010 that the building was foreclosed on by the city.

Beyond the complex ownership history, the school is also laden with asbestos, even after a $425,000 Environmental Protection Agency cleanup, and a handful of vocal nearby residents don’t want a private developer to turn the building into apartments.

One thing everyone seems to agree on is that the neoclassical building, built in phases from 1885 through 1898, is in bad shape. “This building is almost the quintessential definition of blight,” said area Alderman Robert Bauman at a zoning hearing on the proposed redevelopment before the City Plan Commission. He said the building is deteriorating rapidly, routinely broken into and evidence can be found that the hallways have been used for shooting galleries.

The city doesn’t intend to keep it in this state. The Department of City Development has been working with affordable housing developer Gorman & Co. since early 2017 to redevelop the building. Gorman’s Milwaukee market president Ted Matkom came before the City Plan Commission Monday to get approval for the company’s plans to proceed.

The company would redevelop the school into 35 apartments marketed to military veterans and their families, and add eight “high quality, market rate” townhouses along W. Vliet St. The townhouses could eventually be sold as condominiums, but would initially be rented. The proposal comes as a compromise between Gorman and Bauman, who pushed for a mix of incomes and building densities on the site.

“I think they’re attractive. They’re not trying to duplicate historic buildngs. They’re modern design. I think the architect did a quality job in coming up with this scheme,” said Bauman. The project is being designed by Korb + Associates Architects.

Matkom said the existing building is in worse shape than other MPS properties his firm has redeveloped. Gorman redeveloped Jackie Robinson Middle School into apartments, and recently opened apartments in the former 5th Street School. “Both of those were actually kept up by MPS, this one was not. It’s a private foreclosure,” said Matkom. He said the firm has learned from its early project to avoid cutting the former classrooms up, and will use the former classrooms to form two and three-bedroom apartments.

Referring to the likely tenants, Matkom said: “These are families that do not fall within that supportive service type of mold, it’s really single mothers and families with kids. That sector is in a great demand and is not being supplied with affordable housing.” The developer said Dryhootch and Luterhan Social Services will provide additional services using a large community room in the building.

Matkom said his firm is working with the city and MPS on a plan to maintain or improve a parcel of MPS-owned land immediately south of the school that currently includes a playground.

Those plans don’t please a couple vocal neighbors. John Gladney, a self-proclaimed resident of the neighborhood for 50 years, said: “it’s awfully funny that everyone knows what’s good for the community.” He said he represents a group, which he declined to further identify, that would like to redevelop the building as assisted living. According to Bauman, a plan has never been submitted, even after holding the project for 90 days to allow for one.

Gail Winston, the estranged wife of Wisconsin Housing and Economic Development Authority Wyman Winston, told the commission: “Gorman is doing to us what we did to the Indians.” In a lengthy speech, Winston said: “they don’t consider what we want in this community.” She added: “we would like to have a year to sit down with [Bauman] and other community people.”

Winston, whose estranged husband oversees the awards of low-income housing tax credits that developers like Gorman use to create affordable housing, said: “I have inside information that the last school you did you did not clean it up properly.” She did not offer further evidence to support her claim.

Others said they wanted the city to build a homeless shelter with the building, a grocery store or a community center. A handful of neighbors spoke in support of the project, and Bauman said more were present at his community meetings.

The alderman told the commission he held three community meetings on the project. “I’m open to any concepts people want to bring forward, but I need a plan.” He said the city delayed advancing Gorman’s proposal to allow building access, including full protective gear, for community members and stakeholders to examine if they wanted to put forth a plan.

“We have a hard plan in front of us from an organization that has a track record…. and we have really no other alternatives in front of us,” he told the commission.

The cost of doing nothing isn’t cheap. “It would cost $1 million or more to demolish given the environmental condition,” said Department of City Development manager Amy Turim.

The commission unanimously endorsed the rezoning. The proposal will next be heard by the Common Council’s Zoning, Neighborhoods & Development Committee. 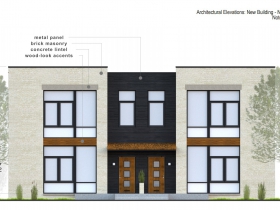 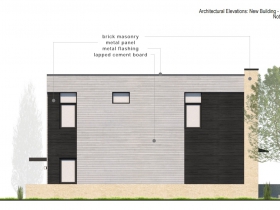 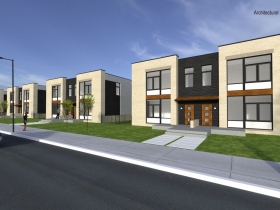 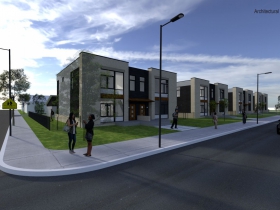 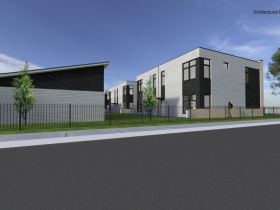 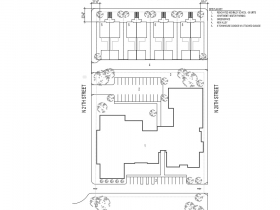 Related Legislation: File 180164: A substitute ordinance relating to the change in zoning from Two-Family Residential, RT4, to a Detailed Planned Development, DPD, for 2001 West Vliet Street, located on the south side of West Vliet Street, west of North 20th Street, in the 4th Aldermanic District.