Icon Itzhak Perlman thrills the crowd at his Riverside concert. 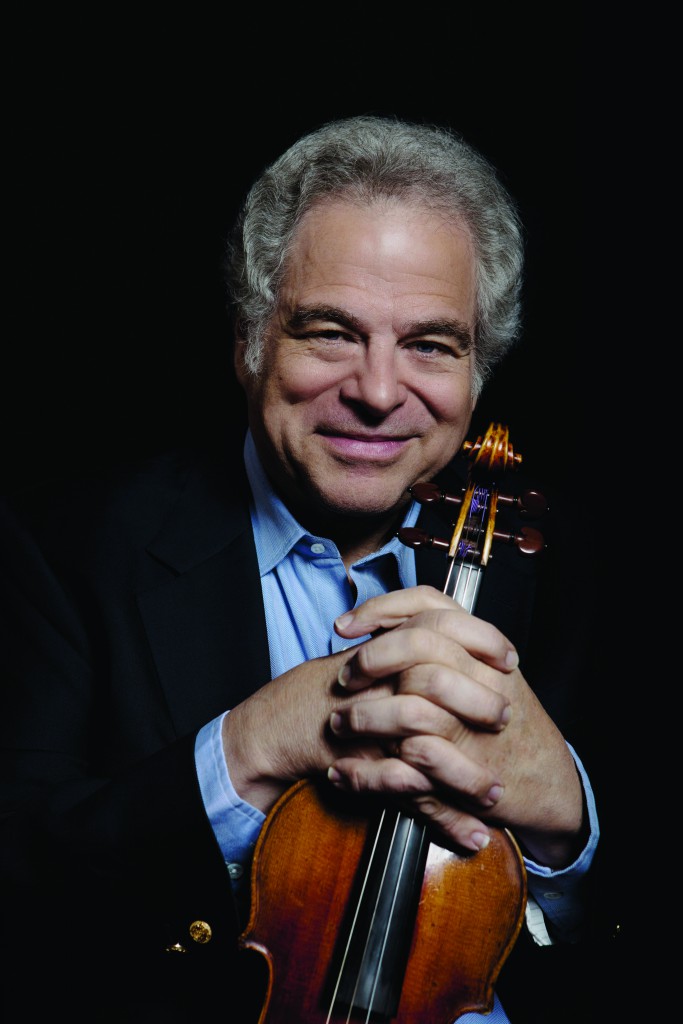 Since then, Perlman, widely considered one of the greatest living classical musicians, has performed on many television shows, including the “Tonight Show,” “Sesame Street” and the “Frugal Gourmet.” He has also performed for several U.S. presidents, among them Ronald Reagan, Barack Obama and Israeli president Shimon Peres, and such royals as Queen Elizabeth II and the Duke of Edinburgh. Perlman is also a conductor, having worked with the Seattle, Vancouver, Houston and Julliard orchestras. To date, his recordings have earned him an impressive 16 Grammy Awards.

The violinist, along with pianist Rohan De Silva, his musical collaborator of many years, treated their large audience Thursday night at the Riverside Theater to an evening featuring the music of Beethoven, Dvorak and 20th century composer Alfred Schnittke, along with several shorter pieces by various composers.

Now 73, Perlman still keeps audiences entranced with his warm, expressive playing, incredibly skillful musicianship and easy charm. A survivor of polio, the violinist, who also acts as an advocate for people with disabilities, uses a motorized scooter and performs while seated.

Perlman and De Silva began the concert with Schnittke’s lovely, nostalgic Suite in the Old Style for Violin & Piano, Op. 80, which was followed by Beethoven’s up-tempo Violin Sonata No. 7 in C minor, Op. 30, No. 2. After an intermission, the pair resumed with Dvorak’s Sonatina in G Major, Op. 100.

Although the Riverside Theater seats nearly 2,500 (with many filled Thursday night) Perlman and De Silva’s presentation felt intimate, as if they were playing for a crowd of several dozen in a small recital hall. It was a refreshing experience to attend a classical concert at the historic theater, a venue typically reserved for rock concerts.

Some classical musicians can seem distant, but both musicians connected in a personal way with their audience, which ranged from teenagers to octogenarians.

Both musicians were dressed in black and played with restraint and precision, yet with plenty of passion. No need for flashy outfits and showy gestures when you give world-class performances.

Perlman waited until after the Dvorak sonatina and a standing ovation from the audience before returning to the stage for an encore and addressing the crowd—a wise move, as many musicians seem to try and fill space with too much banter during the main concert.

“I don’t remember anything, so I’ll play anything right now,” Perlman quipped before he and De Silva performed a short piece by Austrian violinist Fritz Kreisler, inspired by 18th century Italian composer Gaetano Pugnani (“A composer you all know really well—he’s got a lot of likes on Facebook,” said Perlman, a joke which drew big laughs from the audience).

The concert was a brisk two hours with intermission. But it seemed the audience, including this reviewer, could have listened to Perlman play all night.