Packer player and his mother did great work to help foster care agencies in the state. 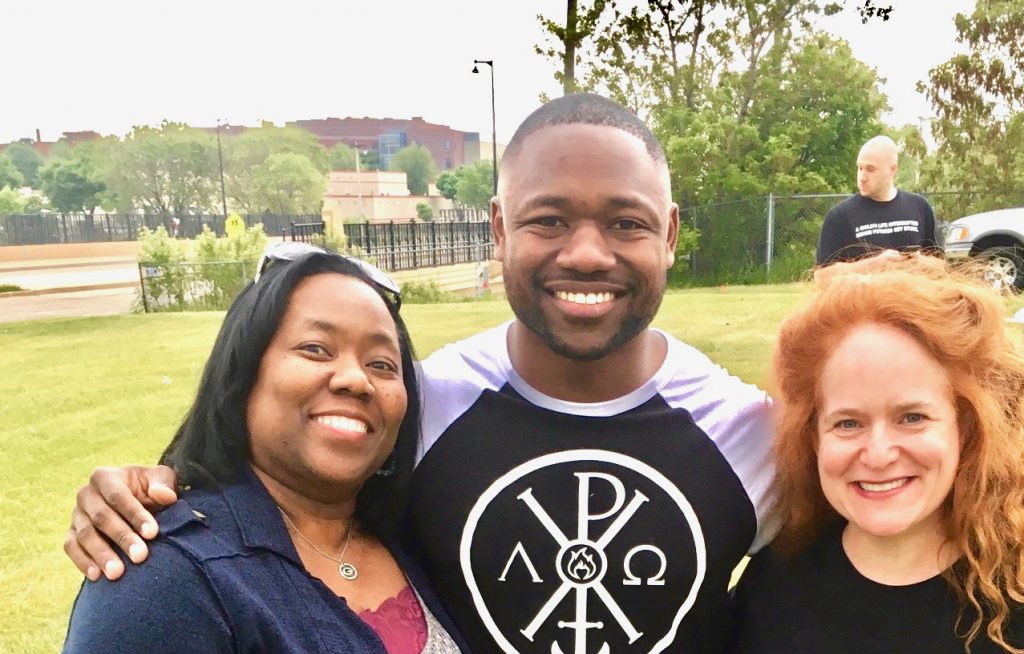 When the Green Bay Packers lost a game to the Los Angeles Rams, football fans across Wisconsin took it hard. Understandably so. The love and passion for Wisconsin’s NFL team is legendary. But a few days later, Wisconsin suffered another loss. When I heard the news that Ty Montgomery had been traded, it was a loss that hit me harder than any I’ve experienced in a long time. And it’s not because of football. It’s because of foster kids.

While millions of football fans in Packer Nation know Ty Montgomery for his runs, catches and commitment to the game he loves, far fewer are aware of Ty’s tremendous commitment to foster care – a cause he loves more than any. In 2016, Ty and his mother, Lisa Montgomery, launched a foster parent recruitment campaign in Wisconsin. Just as he did as a player at Stanford and with the Packers, once Ty
committed, he was all in.

Ty and Lisa embarked on a social media campaign that resulted in a 250 percent increase from the previous year in foster parent inquiries at the Coalition for Children, Youth & Families. In 2017, Ty and his mom were featured in a series of “Montgomery Moments” social media videos, generating another surge in interest for foster parenting as the number of inquiries more than doubled again. He didn’t have to do any of it. The extra time. The extra hours. The extra work. He choose to — in order to shed a light on the 7,760 children currently in foster care in Wisconsin today.

From my two-plus decades in social cause awareness, I know that the level of commitment from Ty and the entire Montgomery family to the forgotten youth in Wisconsin is rare. And it didn’t just start in 2016. Ty is the only biological child of Lisa Montgomery. When he was a boy, Ty told his mom he wished he had brothers he could play with. It was a special wish and, because of Lisa’s dedication, it would become an extraordinary legacy as, from that time on, Ty would have 17 foster brothers over the years. 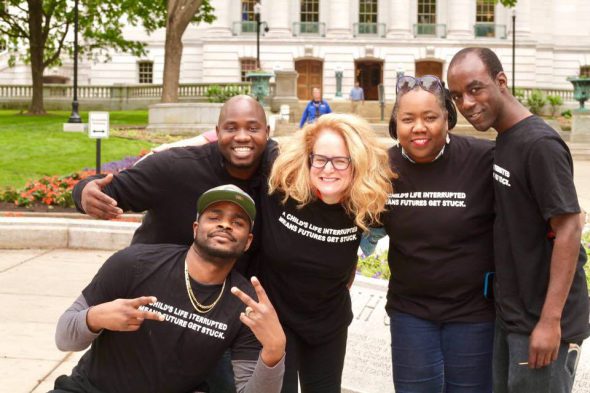 In May 2017, Lisa Montgomery flew herself and three of her now adult foster kids – Lee, Michael and Eddie – to Wisconsin for the Wisconsin Youth Advisory Council’s “Hands Around The Capitol” event in Madison. Ty also made a virtual appearance with a personal video (he was in the middle of Packers training). While I waited at the Milwaukee airport to pick up the Montgomerys for the event, Ty called and asked, “Do you know if they’ve landed yet? When can I see my brothers?” Not foster brothers. Just brothers. To the Montgomery family, foster kids are true members of the family.

That’s the way it should be for every single child who needs a foster parent in our state. Sadly, there simply aren’t enough folks answering the call to become a foster parent. Another challenge facing foster kids is what happens when they turn 18, or “age out” of the foster care system. Statistics show that 50 percent of foster kids become homeless by the time they reach age 21. They are also more likely to drop out of school, and 7 out of 10 girls aging out will become pregnant before age 21. So how can foster kids “aging out” overcome the odds and transition to a successful life?

It’s a challenge Ty Montgomery has taken on and run with. In the past year, Ty has begun working to bring a program called Excellerate, to the Green Bay area. The semester-long program is designed to educate and equip foster teens in the Green Bay area, to prepare them for adulthood. More than that, graduates of the program are eligible to receive something all foster teens need when trying to find and keep a job—reliable transportation by way of a free car.

Ty’s philanthropy doesn’t stop there. He recently formed his own 501(c)(3) foundation titled My 10 Percent, whose mission is to empower forgotten youth. He’s worked with Jockey Being Family to help raise funds and awareness for adoptive families; visited and mentored at-risk youth at Rawhide; helped raise money for the Breast Cancer Family Foundation. Ty serves on the board of directors for Eye Heart World, whose mission is to care for victims of human trafficking.

But as impressive as the enthusiasm behind these efforts is, the looming question now is: How will Ty’s departure for Baltimore affect his ability to stay involved in his local and statewide work with Wisconsin’s foster kids? The reality, from my perspective and experience, is that his ability to raise funding from Wisconsin corporations and individuals for teen programming has been dramatically diminished as a result of the trade. Because of that, I guess we’ll never know how many lives he could’ve positively impacted in the state. What we do know is that it’s a loss to Wisconsin. And it’s a bigger loss than just points on a scoreboard.

Football is a tough, sometimes harsh business. But the kindness and caring of a man like Ty Montgomery should never be defined by a single moment with a game on the line. His lasting legacy should be the countless moments when he carried the ball successfully for thousands of Wisconsin’s otherwise forgotten youth, with their lives on the line.