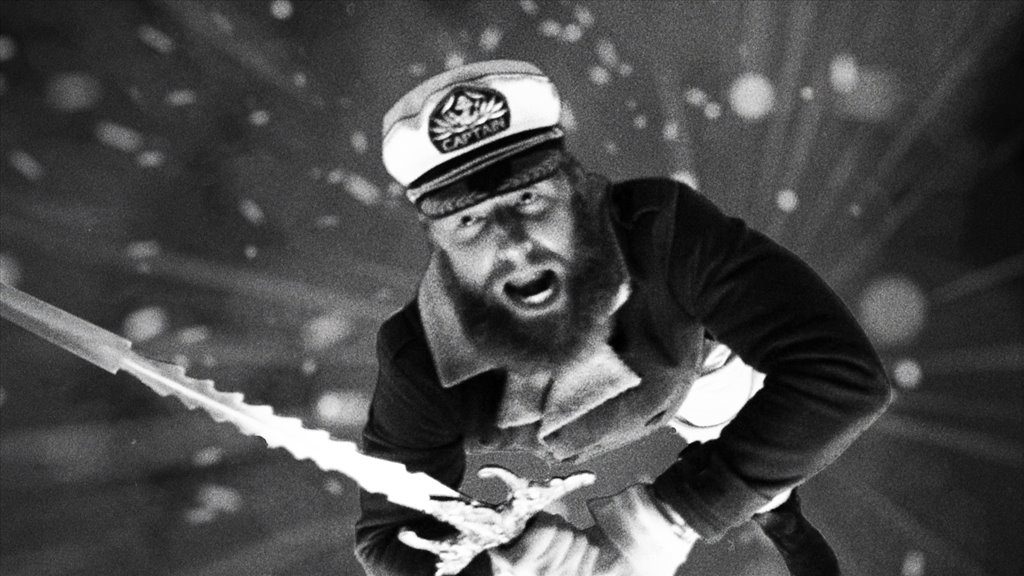 The Milwaukee Film Festival‘s Cream City Cinema lineup is often filled with a mix of shorts and documentaries. There’s The Milwaukee Show, the youth and music video shows, and documentaries like Invisible Lines. But with the growing film scene will come a growing number of feature-length fictional films. Lake Michigan Monster is one such film, following a ship captain and his crew as they chase down the film’s namesake. The film is uniquely shot in black and white to give it an intentionally grainy look. The film, which debuted at the festival, was directed by Ryan Tews. The film was co-written by Tews and Michael Cheslik.

Set sail on this unforgettable and locally made voyage with an eccentric ship captain and his group of specialists attempting to hunt down the wiliest creature of the deep: the Lake Michigan Monster. Banned in four lakes, this madcap comedy (filmed in black-and-white) harkens back to creature features of yore with a briny aesthetic all its own, harkening to the absurdist fantasy stylings of Guy Maddin.