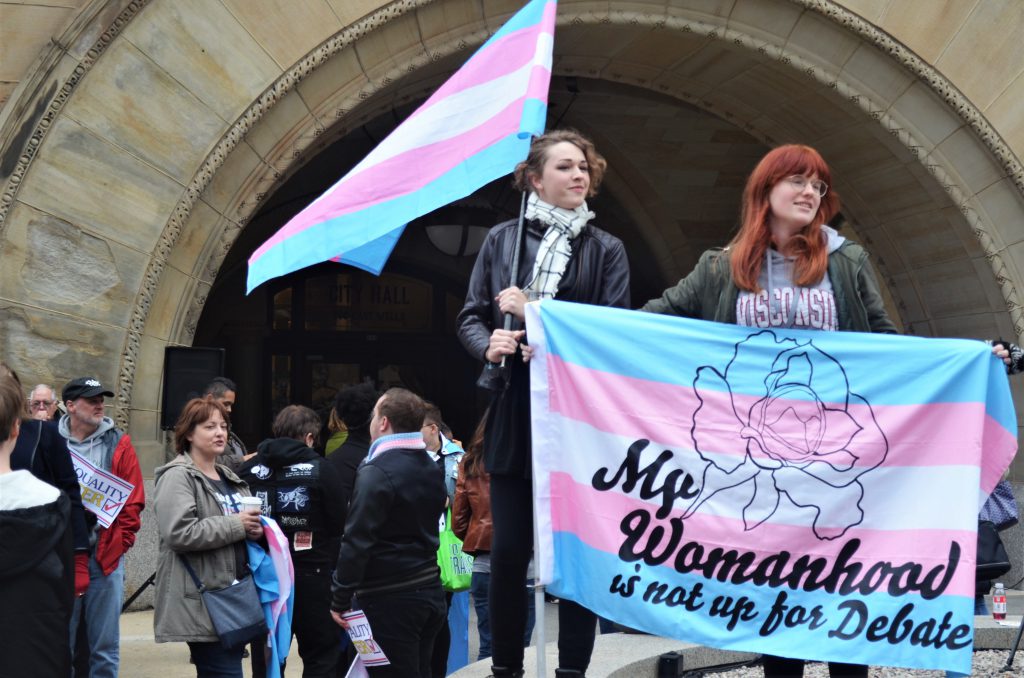 “My Womanhood is not up for debate,” the sign reads. Photo by Jack Fennimore.

The New York Times revealed Sunday that the Department of Health and Human Services is planning to establish a legal definition of sex under Title IX, the federal civil rights law that bans gender discrimination in education programs receiving government financial support. The department’s proposed definition of sex would be either male or female, unchangeable and determined by your genitalia at birth, according to a memo draft obtained by the publication. This would essentially define the estimated 1.4 million transgender Americans out of existence and exclude them from Title IX protections.

“I’m hurt that we have to do this again,” Transgender Activist Yante Turner said. “This bill is just the beginning. This is just a step of what’s actually in progress. How much do we have to sacrifice just to f–ing live?”

The Trump administration has previously sought to bar transgender people from serving in the military and has legally challenged civil rights protections for transgender people within the health care law, according to the Times. The Department of Health and Human Services argued that the term “sex” was never intended to include gender identity or homosexuality in its definition and that allowed the Obama administration to extend civil rights to people who shouldn’t have them, according to the publication. The department is planning to formally present its new definition to the Justice Department before the end of the year, Trump administration officials said. Over the last few weeks, civil rights groups have been meeting with federal officials to argue against the new definition.

“This administration’s attempt to legitimize an inaccurate and outdated concept of gender is further proof of their transphobic nature,” said Edie Pasek, who spoke during the rally’s open mic session. “This administration is trying to erase us with legislation, lobbyists, news, etc. because they can no longer ignore us.”

The plaza in front of City Hall was filled with demonstrators. People driving along busy N. Water St. honked their horns in solidarity as demonstrators held up signs. Speakers at the rally regularly encouraged demonstrators to go out and vote early until 7:00 p.m.

“Our presence here is a reminder that trans folks across the spectrum won’t be silent,” said Imani Sloan of the AIDS Resource Center of Wisconsin. “We will resists and demand that full rights and protections enshrined in our national constitution be afforded to us all.”

Mayor Tom Barrett spoke at the rally to mention that Milwaukee scored 100 out of 100 on the Human Rights Campaign’s Municipal Equality Index, which measures how inclusive a city’s municipal laws, policies and services are of its LGBTQ people. He also said that anybody is welcome in City Hall.

“This city understands the importance of the LGBTQ+ community and is open to people as people,” Barrett said.

Milwaukee has a long history of advancing LGBTQ rights, as chronicled by the Milwaukee LGBT History Project, Inc. State Legislator and Civil Rights Activist Lloyd Barbee introduced the first bill to decriminalize homosexuality and all sexual practices between consenting adults in the Wisconsin State Assembly in 1967. Then in 1971 he proposed a bill to protect gay people from job discrimination. After Barbee left the assembly in 1976, Rep. David Clarenbach continued the support for both of Barbee’s bills. In 1979, Milwaukee College Student Leon Rouse founded the Committee for Fundamental Judeo-Christian Human Rights to organize support for gay rights and spark broad religious support for the anti-discrimination bill. In 1982, Wisconsin became the first state to protect gay people from discrimination in employment, housing and public accommodations when Assembly Bill 70 was signed into law. Then in 1983, Wisconsin legalized same-sex sexual intercourse between consenting adults. In March 2018, the Milwaukee Common Council approved a ban on conversion therapy throughout Milwaukee, as Urban Milwaukee reported.

“While hate may be more vocal right now, so are we,” said Elle Halo, transgender activist and member of Diverse & Resilient’s Sisters Helping Each other Battle AIDS.

Another rally for transgender rights will be held October 28 at 1 p.m. at The Calling sculpture at the east end of E. Wisconsin Ave. 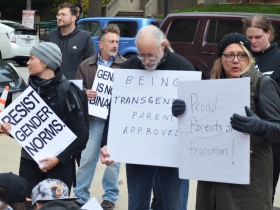 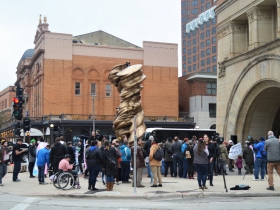 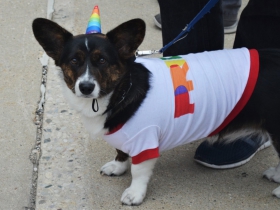 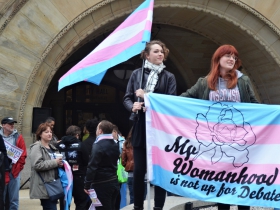 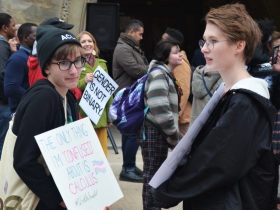 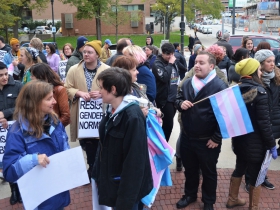