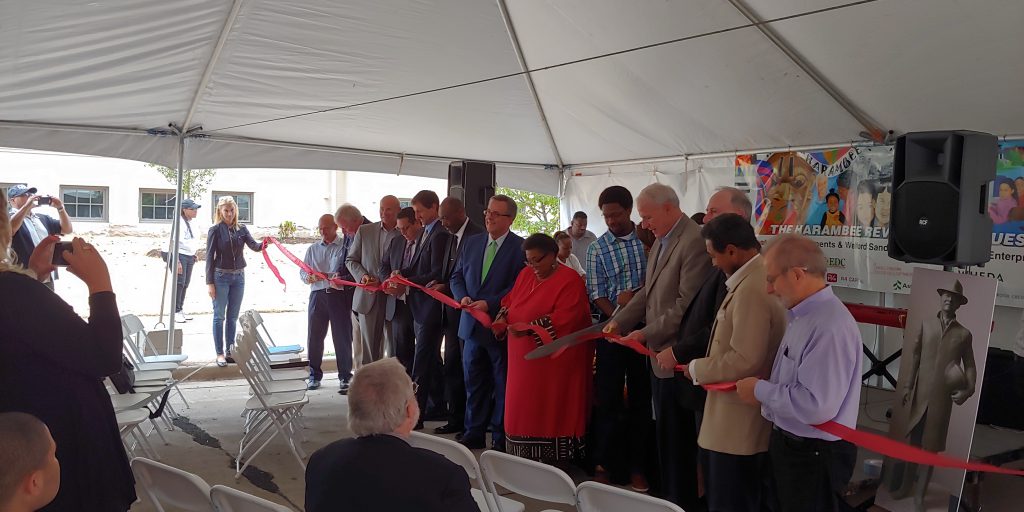 The Harambee neighborhood’s revival continues with the completion of the new Welford Sanders Lofts and 5th Street School Apartments.

Chief Operating Officer of the Wisconsin Housing and Economic Development Authority (WHEDA) Brian Schimming and various other partners cut the ribbon Tuesday, October 9th at 400 West Hadley St. to celebrate the completion of the two projects. WHEDA provided tax credits to both projects, which helped make the development financially feasible.

The program included remarks from various partners and other involved in making this new project possible, including Board President of the Martin Luther King Economic Development Corporation (MLKEDC) Ben Johnson, Pastor Patrick Greer of the nearby Mt. Moriah Church, Mayor Tom Barrett, and Dawn Sanders, daughter of the late Welford Sanders.

This ambitious project focused on renovating two old buildings across the street from each other to provide more affordable housing for families and seniors in the neighborhood.

Welford Sanders Lofts, just across West Hadley St., is a re-adaptation of an old Nunn Bush shoe factory and warehouse built in 1916. The building is now named in honor of Welford Sanders, the long-time Executive Director of the MLKEDC who died in 2015.

The building offers 59 loft-style apartment units targeted towards mixed-income families. The Welford Sanders Lofts project was created by a partnership comprised of Wisconsin Development, led by Todd Hutchison and Bob Lemke, and the non-profit MLKEDC. Inside the building also lies an “Enterprise Center,” a community area, and office spaces. Urban Milwaukee has previously reported on how the project was put together. 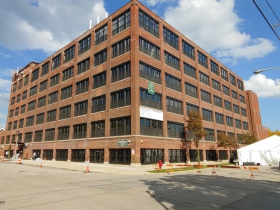 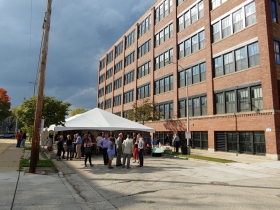 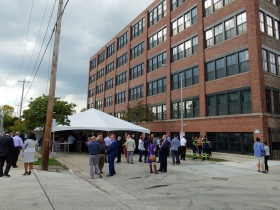 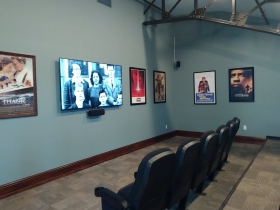 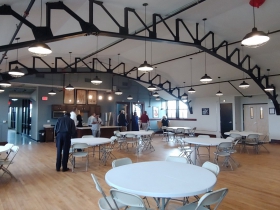 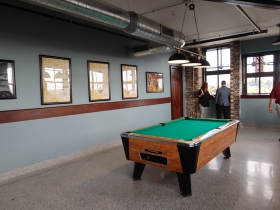 The 5th Street School Apartments were created through the re-adaptation of the old 5th Street School at 2770 N. 5th St., which was built in 1888 and designed in the Romanesque Revival Style by prominent local architect H.P. Schnetzky. The building hadn’t been used as a school since the 1970s and was bought by Gorman & Company last year for redevelopment and redesigning, as reported by Urban Milwaukee.

The building was last used as the site of Isaac Coggs Community Health Center and the Martin Luther King Health Care Center.

5th Street School Apartments contains 48 apartment units intended for senior living. A portion of these apartments will be targeted to provide affordable housing for senior veterans. 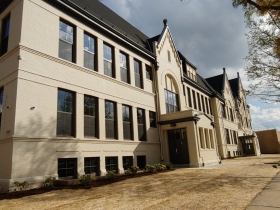 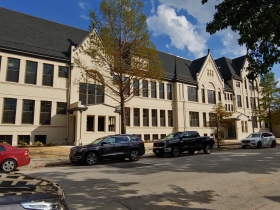 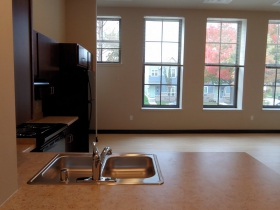 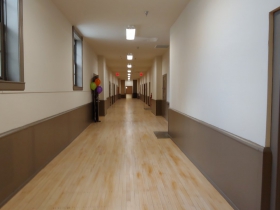 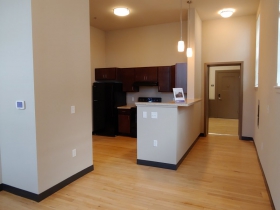 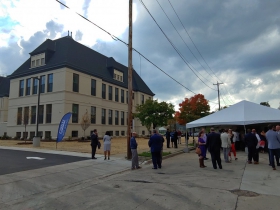