Dogs, Cats and Humans Who Love Them

MCT production of Irish play, "Chapatti" is a triumph of terrific acting. 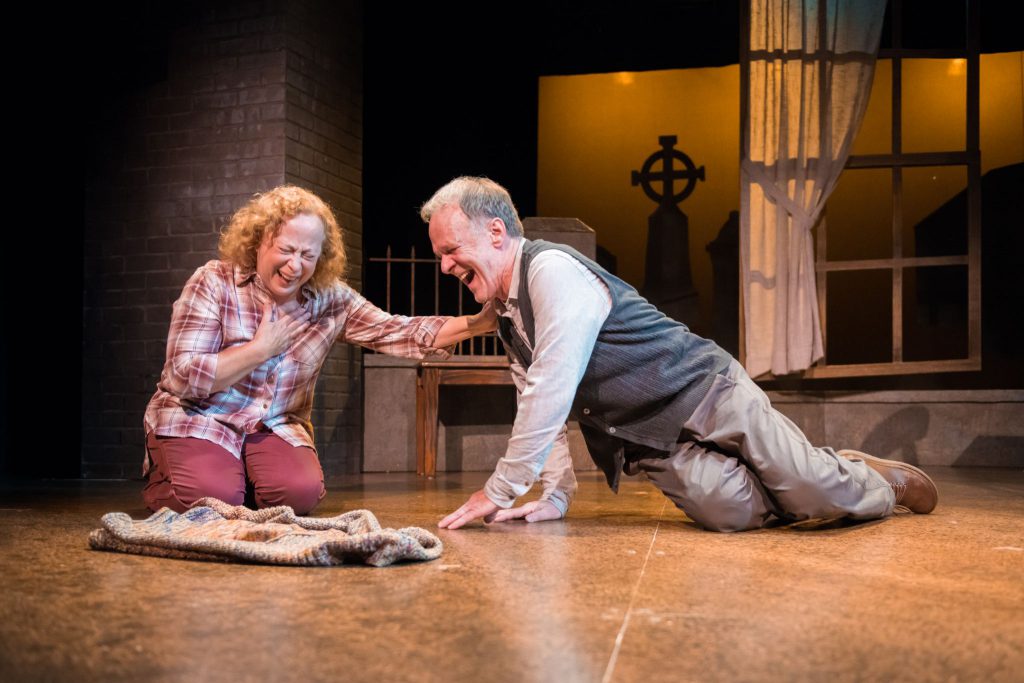 Jenny Wanasek as Betty and James Tasse as Dan. Photo by Paul Ruffolo courtesy of the Milwaukee Chamber Theatre.

The opening weekend Sunday matinee of the Milwaukee Chamber Theatre’s Chapatti was stopped for 20 minutes midway through to handle a medical problem suffered by a patron. She was transported to hospital by paramedics and is reportedly in fine shape.

The theater staff handled the interruption with grace and speed, as even veteran actor James Tasse halted his acting to bound up to the last row to help. 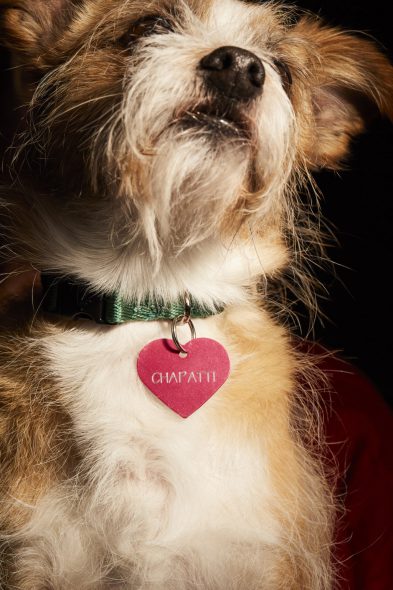 For a reviewer, it also broke in half one of the finest acting performances of the season as Tasse, the lonely owner of the dog Chapatti, encounters the equally lonely and more probing emotional force of Jenny Wanasek, the neighborhood “catwoman” with 19 kittens under her charge as she helps out an even lonelier bitter neighbor we never meet but know as Peggy.

This may sound like an uninteresting 90 minutes with two aging pet people. Yet it is full of earthy dialogue, observations about life and sex, the real intimacy of love, talks about dogs and cats that sound like commentary on human male and female gender traits – all wrapped in events and compromises that suggest a lot of outside action around this isolated duo. Chapatti throws together people that most plays neglect to even admit exist.

Tasse and Wanasek, whom I have reviewed for years, are consummate Milwaukee professionals whose knowledgeable physical and vocal skills are here at their pinnacle under the guidance of director/dialect coach Michelle Lopez-Rios. These combined interpretive abilities plunge us unquestionably – no worries about place and rhythm here — into the lives of two lonely Dubliners unlikely to share experiences or a relationship were it not for the masterful Irish language and universal character insights of author Christian O’Reilly.

This is a playwright who, in dialogue sensitively realized by the actors, brings before us a range of characters we never see except through recollection – a dead wife, a bitter husband, annoying neighborhood children, an army of cats and so forth. The way they play in the minds of the stage duo will develop connections that are intended to surprise us.

The performances were heading toward extraordinary illumination until the interruption – Wanasek seamlessly absorbing the character’s laughs, doubts and physicality within her, Tasse thoughtfully dissecting the halts and rushes of a man not accustomed to explaining himself in words.

After that 20 minute delay, the duo was able to pick up the story in exact rhythm and astounding skill, but it took a few minutes for the full emotional nimbleness of Dan and Betty to return. And even then we were more aware of how the actors were interpreting the material than giving over to total belief in the events unfolding.

Part of this, however, is within the play itself. O’Reilly is an explorative humane writer whose previous “The Good Father” at MCT confirmed his character insights. But while offering wonderful depths for actors to mine, he attempts in vivid dialogue one or two plot twists too many as the characters work their way toward a dramatic insight. Ideas become action when they should remain ideas. We’d like to believe how the story weaves in on itself, but even good acting can’t hide the intellectual artifice.

What makes O’Reilly’s plays particularly difficult to explain is that the author himself is almost more aware than we are of the contradictions – and tries to compensate for them. In some ways he is capturing the complications of life itself, resisting the effort to make one play a whole unto itself. Built within his characters are their efforts to explain themselves or isolate themselves inside their minds and away from human interaction.

The Irish writers seem to have a particular gift for this sort of contradictory thinking within the same people. It is what makes their plays and characters particularly enriching and hard to pin down.

Extra cheers to the MCT for again picking actors and production elements to fully explore such nuances – and bring before us characters that many playwrights exclude from consideration. The production continues through Oct. 14 and both the playwright and the actors merit your attendance.