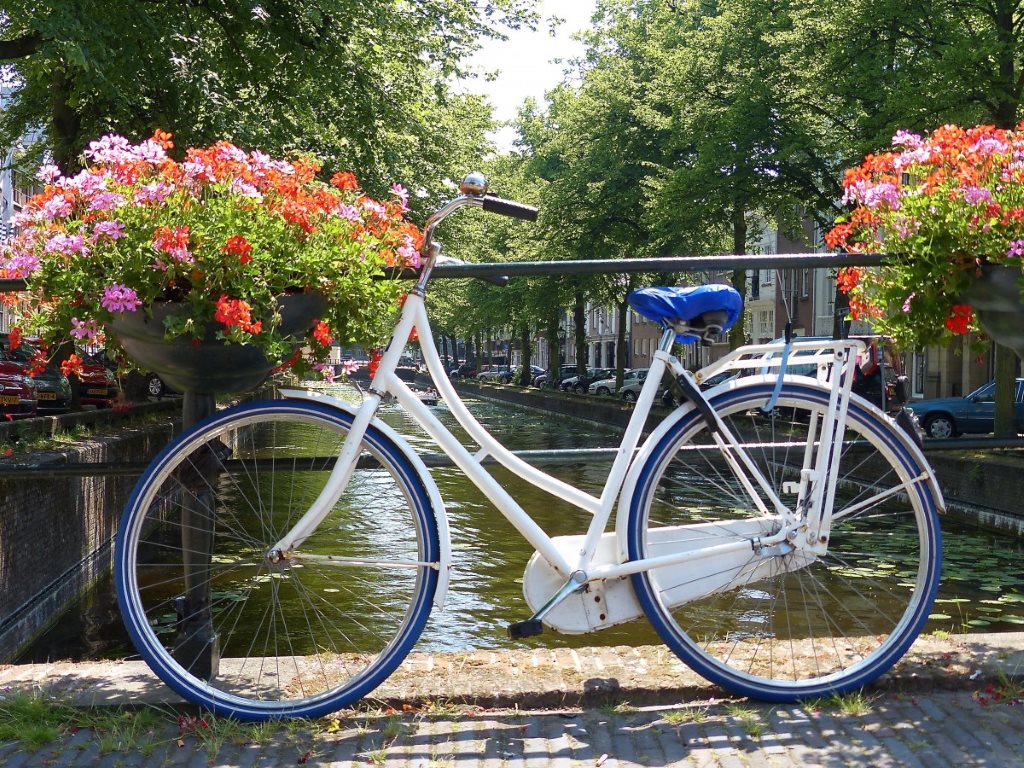 Building the cycling city: David Roberts interviews Melissa and Chris Bruntlett, authors of a new book which spotlights the Dutch way of building cities for bikes. They say we should learn from thier process and believe it can be done here. One of the biggest lessons is that even the Dutch struggled politically to get to where they are today. (David Roberts | Vox)

Portland tries out prefabricated bus islands: The Portland Bureau of Transportation is going to test pre-fab bus islands to smooth bike traffic flow and keep the bus moving straight down the street. The islands snap together “like legos” and don’t block the curb bike lane while providing a more level boarding surface for bus riders. (Jonathan Maus | Bike Portland)

The low emission zone moving forward in London: In two of London’s boroughs, non-electric vehicles are to be banned from certain streets during rush hour. CCTV will be used to see who will be fined for violating the rules. (Mattha Busby | Guardian)

What if cities were designed by mothers?: An interesting question, what would cities look like if they were designed by a more diverse set of architects? In the UK, only 1 in 10 architects are a minority and less than 1/3 are women. When it feels like buses and public spaces have been designed by those that don’t use them, it’s only fair to ask what might happen if someone with lived experience does. (Christine Murray | Guardian)

A fight over potential LA sprawl: One of the last large plots of privately owned land in California sits just north of Los Angeles. From the 270,000 acre ranch, plans for a new community on 12,000 acres would bring 19,000 residences. As you can imagine, it’s going to be a fight for this 20 year project. (Nina Agrawal | Los Angeles Times)

Having a single-family home with a white picket fence has been the image of American success since the GI bill sought to increase homeownership in the aftermath of World War II. But tight mortgage credit, skyrocketing student loan debt, and a housing shortage have caused a fundamental shift toward renting. Homeownership, once deemed a requirement for economic mobility in the U.S., may no longer be an attainable part of the American dream.

–Jeff Andrews in Curbed questions 10 years after the financial crisis whether it could happen again and determines housing might not be attainable anymore for many.

On this week’s podcast we’re joined by Architect Doug Farr, who chats with us about his new book Sustainable Nation.