By Ximena Conde, Wisconsin Public Radio - Aug 29th, 2018 10:37 am
Get a daily rundown of the top stories on Urban Milwaukee 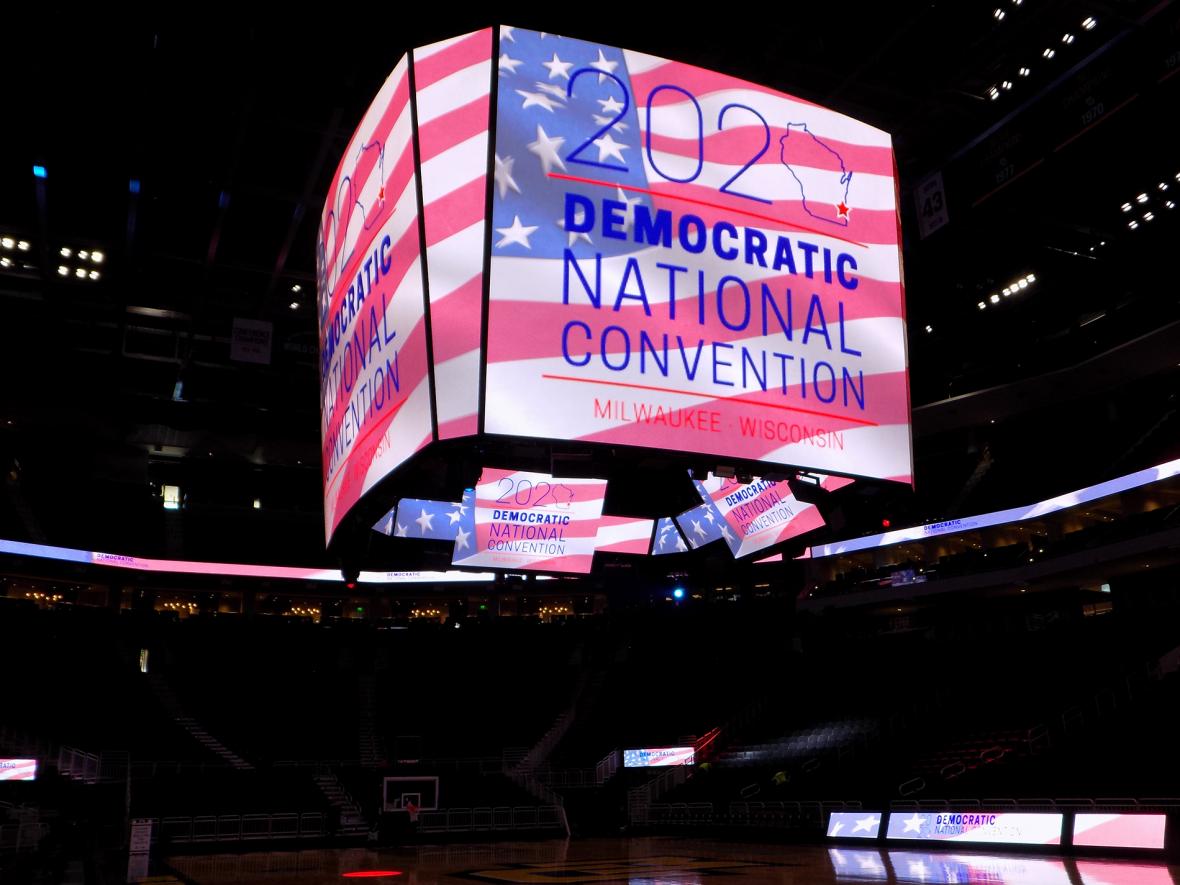 As Milwaukee competes with Houston and Miami in bids to host the 2020 Democratic National Convention, the city’s ability to accommodate roughly 50,000 attendees will be examined by the search committee this week. Wisconsin’s “purple state” status is also a factor, according to the head of the search committee.

Nearly all of the members of the DNC’s search committee for the 2020 convention are doing a site visit in Milwaukee this week where they’ll explore the city, its venues and meet with both community and business leaders.

Milwaukee Mayor Tom Barrett joined search committee members Tuesday at the new Milwaukee Bucks arena where he cited politics as the first reason the city is the best choice for the 2020 convention.

“Things like housing and transportation, security, accessibility, arena and production logistics,” all go into the committees’ decision, O’Connell said.

She added the state’s politics are also in play.

“I think having something like the Democratic National Convention here for this next round of presidential elections would feel very good to folks here,” O’Connell said.

The new arena — called the Fiserv Forum — opened Sunday and has been one of the centerpieces of the DNC bid as a state-of-the-art venue.

“I think Milwaukee coming out of the Great Recession has really started to now look like — and through the mayor’s leadership — a 21st century city and it’s starting to pivot into that,” Lasry said. “You can see the development happening all around here, the 30 acres that are happening in this district is really starting to revitalize west of the river.”

Supporters of the bid champion the economic boost they say a convention can bring to the host city.

In the past, officials like Moore have pointed to the $230 million Philadelphia — the 2016 DNC host city — brought in through the roughly 50,000 visitors the convention drew.

But some experts have been skeptical of the numbers cities cite when discussing the economic benefits of these conventions, warning of overstating indirect spending.

Host cities have to fundraise in order to lobby the search committee to bring the convention to their home state; and if their bid is chosen, another great deal of fundraising is required to put the convention together.

O’Connell said the budget for a convention varies by city and venue.

“But putting on a world-class event is expensive, and it will be in the tens-of-millions-of dollars that need to be raised by the host committee,” she said, adding that the DNC also raises funds to run the convention.

O’Connell said a decision on the next host city can be expected late this year or early next year.