By Ximena Conde, Wisconsin Public Radio - Aug 21st, 2018 10:16 am
Get a daily rundown of the top stories on Urban Milwaukee 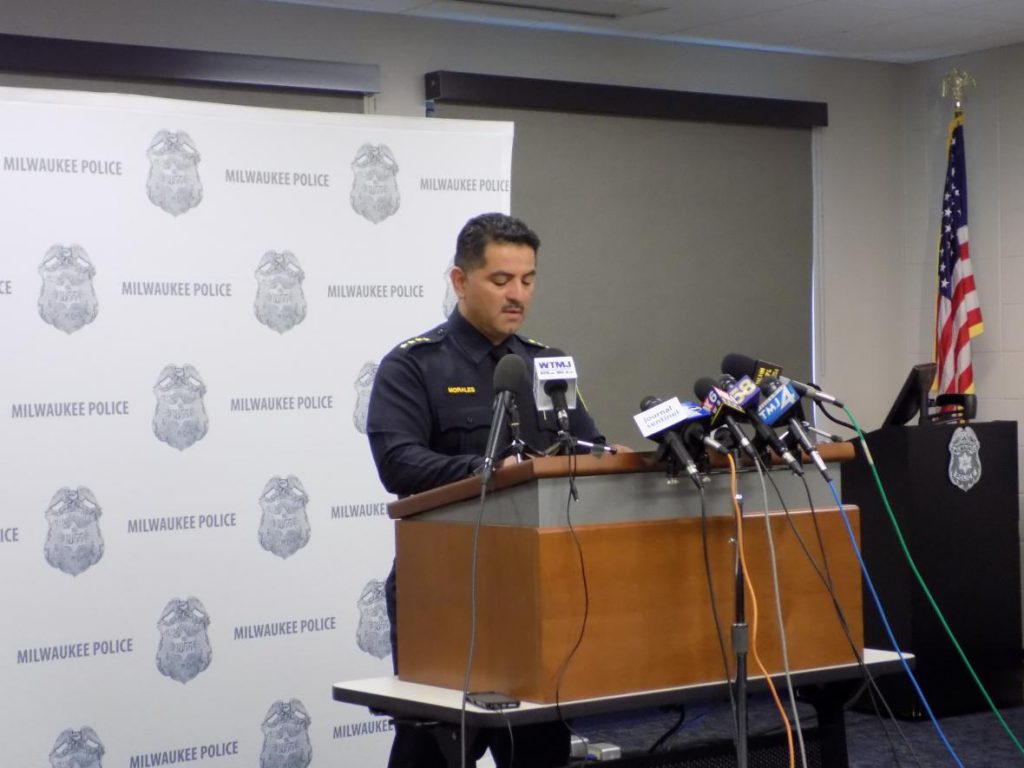 Milwaukee Police Chief Alfonso Morales addressed a spike in violent crime at a press conference Monday, initially intended to be a progress report on the department since he took over roughly six months ago.

In the last month, 16  people have been fatally shot.

“After these last two weeks of violence, our number of homicides is now at the same as last year,” Morales said. “Fortunately, we are still down 14 percent in non-fatal shootings but those numbers can improve as well.”

He said the department launched a violent crime initiative with specialized units from various police districts last week. The initiative has led to 26 arrests.

“We’re also engaging the local community organizations, faith-based and nonprofit partners, and the neighbors themselves to address the underlying issues that lead to violence, such as domestic violence, mental health and drug addiction,” he said.

Still, Morales touted the department’s several improvements under his short tenure. Among them, officers have recovered 8 percent more guns this year than the same time last year and officers have cut down the median response time to calls by 6 percent.

Morales also provided an update about the department’s reckless driving initiative he launched in the spring. He said roughly 2,500 traffic citations have been written and fatal collisions have dropped by 21 percent.

Since taking over as police chief, Morales has stressed transparency and improving police-community relations.

He said he wants to continue that approach by providing trauma-informed care, working with at-risk youth and incentivizing tips from the community.

“Chief Morales has been true to his word that he is working with the rank and file, with his command staff to improve relationships between the police department and the community,” Barrett said.