Construction has reached its peak on second tower of casino hotel. 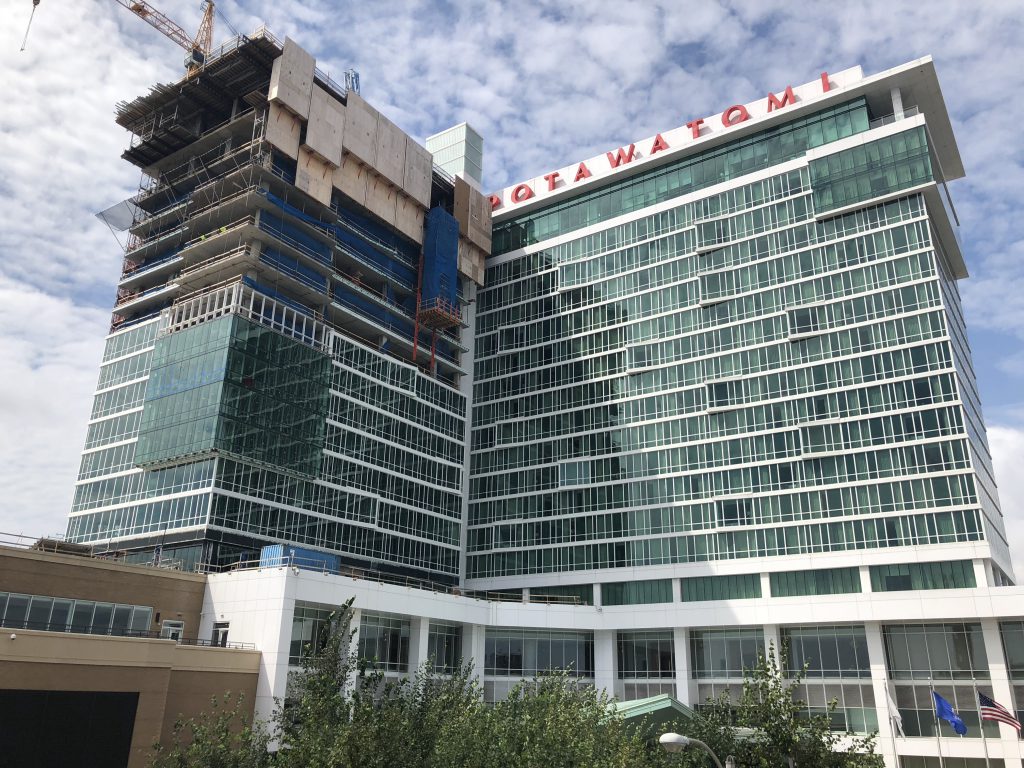 The casino held a ceremonial lift Thursday morning of the highest steel beam in its second hotel tower. The new tower, which is directly connected to the first, now rises 19-stories and will contain 119 rooms when it opens in 2019.

“This hotel project is important not only to the continued success of the Potawatomi Hotel & Casino to offer a first-rate entertainment option to Milwaukee and beyond, but also to continue fuel our tribe’s investment in Milwaukee,” said Forest County Potawatomi tribe chair Ned Daniels Jr. at the ceremony held atop the casino’s six-level parking garage.

Potawatomi Hotel & Casino is building the new hotel wing to accommodate a growing segment of its business: suites. The first tower, which is roughly the same size, includes 381 rooms according to city records compared to 119 suites in the new tower. The combined towers will have 500 total rooms.

Work is progressing faster on the new tower because the foundation for the 225-foot-tall building was already in place. When the first tower was built in 2014, an L-shaped foundation was constructed to support a planned future expansion.

The project is being led by Gilbane Building Co., with support from the Forest County Potawatomi-owned Greenfire Management Services. “It’s the relationship with Gilbane that has allowed us to accelerate our growth,” said Greenfire president Kip Ritchie. Minneapolis-based Cunningham Group is leading the building’s design, with Zimmerman Architectural Studios serving as the local architect of record.

Adam R. Jelen, senior vice president at Gilbane, told the audience that the $80 million project is being built from 5,000 yards of concrete, 500 tons of steel reinforcement and 90 pilings that laid end-to-end would run for two miles.

To the applause of the many construction workers at the ceremony, Potawatomi CEO Rodney Ferguson announced: “we have not experienced any lost time due to injuries.” Ferguson also said the general contracting team is on track to hit the casino’s self-imposed goal of 25 percent of the work being done by city residents and 20 percent of the subcontracting being performed by minority-owned firms.

The casino drew praise for its longstanding commitment to hiring a diverse workforce. “One of the best minority-hiring companies in the state is Potawatomi,” said County Executive Chris Abele. Ferguson said of the casino’s approximately 2,500-employee workforce, approximately 65 percent come from “diverse backgrounds.” The new hotel wing is expected to create an additional 50 jobs at the casino.

The new tower isn’t the only component of the project. Potawatomi is also adding 70,000 square-feet of space between the tower and casino designed to facilitate hosting more and bigger weddings, banquets and conventions. The hotel itself, which sits on land the tribe acquired from Badger Railing, is currently connected only by a walkway to the casino. The four-story addition will connect the base of the hotel to the casino and add a substantial amount of event space and “back of the house” functionality.

When complete, the casino complex will include approximately 1.3 million square feet of space in the Menomonee Valley. “You have been a key component for the success of the valley,” said Department of Public Works Commissioner Ghassan Korban. The commissioner, who will soon depart for a job in New Orleans, borrowed a joke from his boss Mayor Tom Barrett, noting that Milwaukee’s favorite bird is the tower crane.

City officials have plenty of reason to be pleased with Potawatomi; the organization has a 12-year, $10-million sponsorship deal with the streetcar. That deal didn’t go unmentioned at the ceremony, with Ferguson stating “we have a great partnership that goes beyond simply pulling permits,” and Korban responding “I can’t thank you enough for the partnership with The Hop.”

Unlike much of the casino complex, the hotel at 1611 W. Canal St. is subject to municipal property taxes. Just the first tower and base are currently assessed at $59,500,000 and had a $1.7 million property tax bill last year. 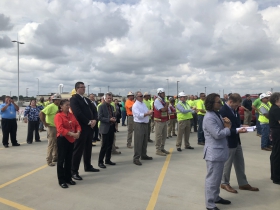 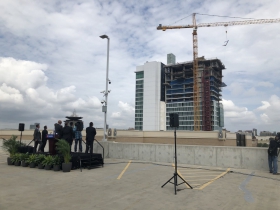 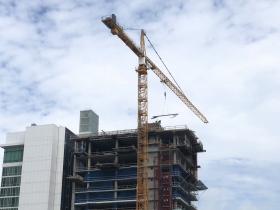 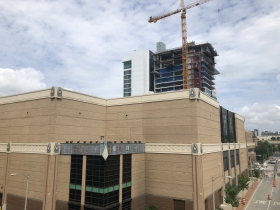 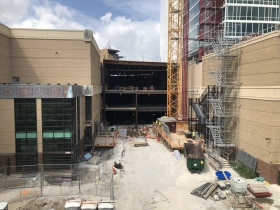 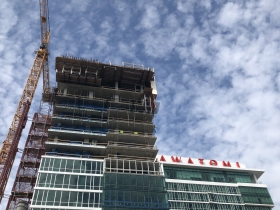 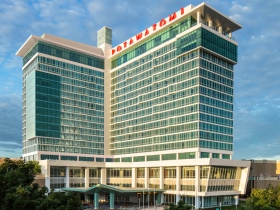 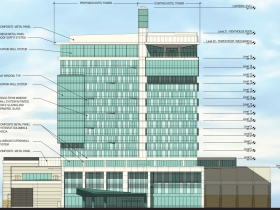 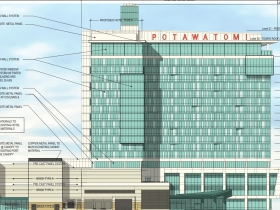 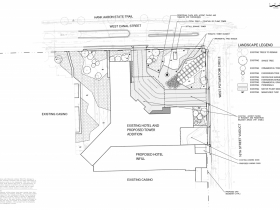 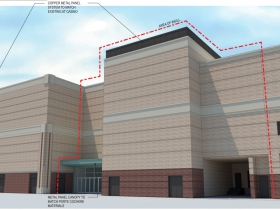 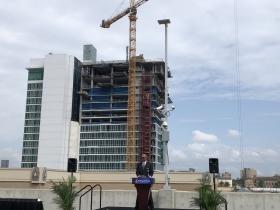 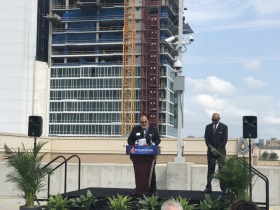 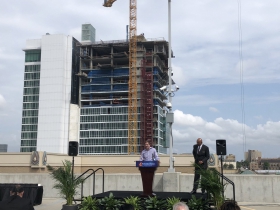 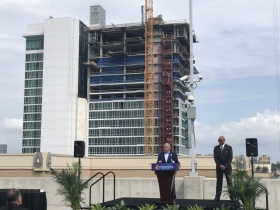 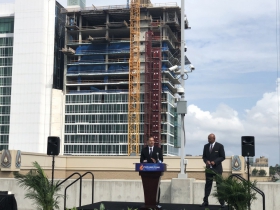 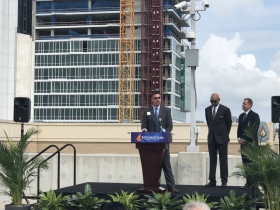