By Rich Kremer, Wisconsin Public Radio - Aug 14th, 2018 04:51 pm
Get a daily rundown of the top stories on Urban Milwaukee 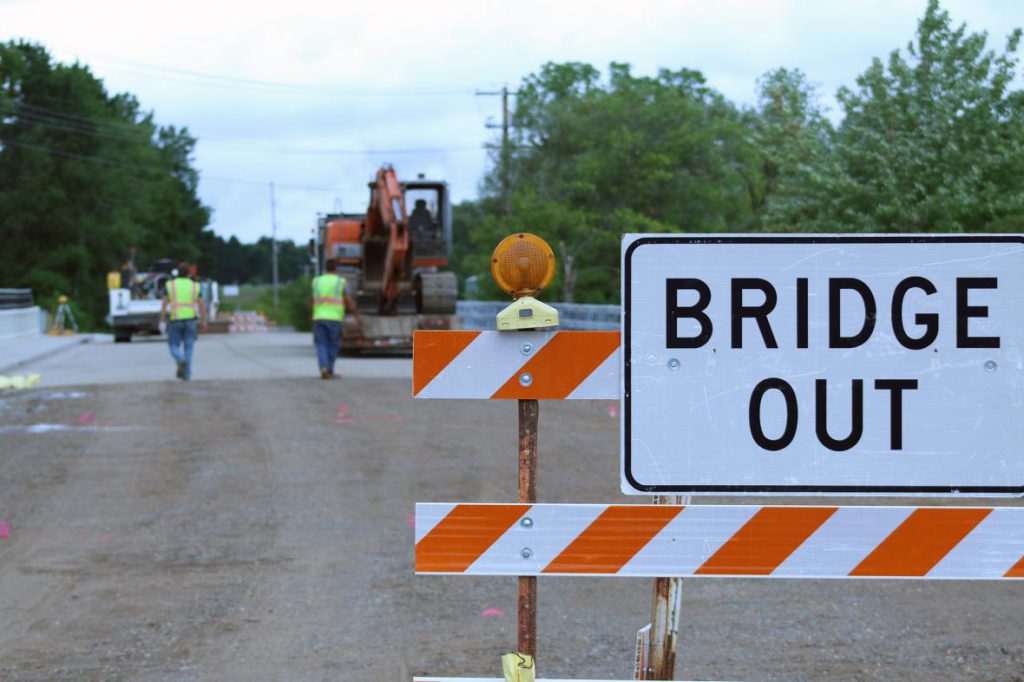 Wisconsin taxpayers will foot a bigger share of the bill to replace local bridges due to a new funding policy at the state Department of Transportation, county transportation officials say.

While the agency says the new policy spreads money to more projects around the state, some counties are seeing their costs increase by hundreds of thousands of dollars.

After years of bridge replacement delays due to a lack of state funding, the DOT has rolled out a new program called “Replace-In-Kind.” It directs local governments applying for state bridge aid to design replacements to minimum state engineering standards based on current traffic. If the application qualifies, the state promises to pay for 80 percent of the replacement cost with local governments picking up the rest.

If counties or municipalities want to design bridges that go beyond the minimum standards, the “Replace-In-Kind” policy lets them do it but on their own dime.

In May, a joint press release from Gov. Scott Walker and DOT Secretary Dave Ross hailed the policy as an efficiency measure.

“The department focus is on right-scoping projects,” said Ross. “This means we’re going to build exactly what is needed to achieve safety and to improve the transportation infrastructure.”

But county highway commissioners say the policy will cost them more and is forcing them to design bridges that don’t account for future traffic projections. In Price County, Highway Commissioner Don Grande said that could be a problem for his plans to replace a bridge on state Highway 83.

“One of the bridges we applied for is a border bridge on a posted road. It’s been posted for many years,” said Grande. “So, the average daily traffic is very, very low based on the weight limit posting.”

Grande said the weight limits have been keeping logging trucks weighing 80,000 pounds off the route.

“Once this bridge is replaced, this bridge will serve PCA, the paper company over in Tomahawk, as a direct route off of Highway 8,” said Grande. “The traffic volumes will increase once the bridge is replaced and the weight limits come off. We’re concerned that we’re going to under-size or under-design that bridge just to be able for the funding.” 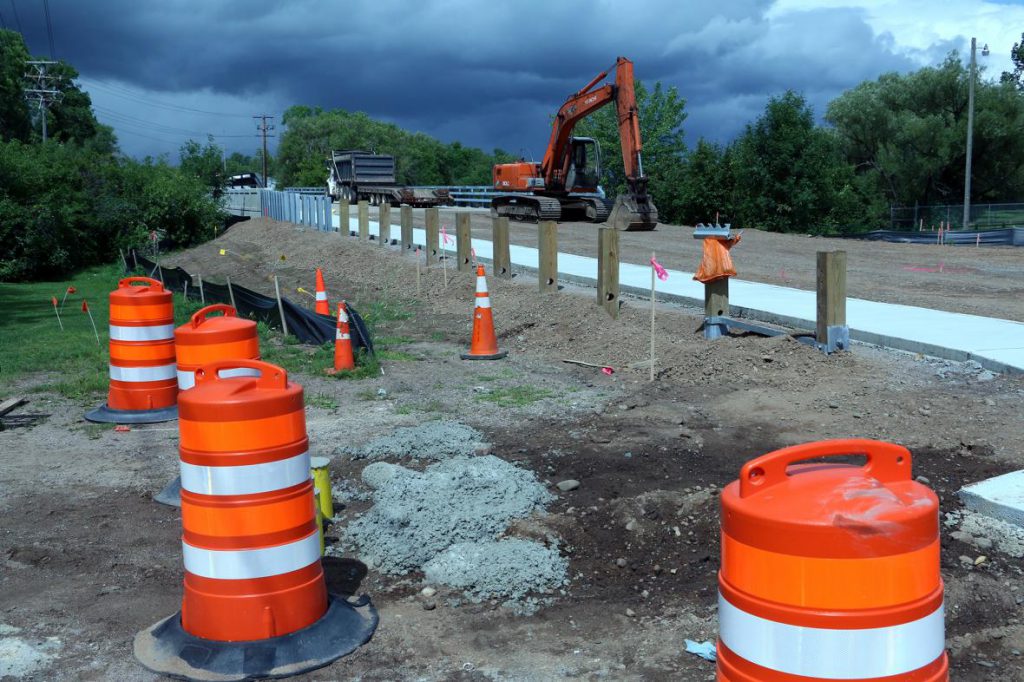 Work is finishing up on the County Highway H bridge rehabilitation in Phillips, Wisconsin. Photo by Rich Kremer/WPR.

But the biggest cost for Johnson and other highway officials has to do with the stretch of roadway leading up to a bridge called an approach. Johnson said prior to “Replace-In-Kind,” the state paid to rebuild at least 250 feet of approach work.

“So right now, they’re only allowing 50 feet but in order to adequately build a bridge, the construction crews and everything, they’re going to get on that roadway and they’re going to use more than 50 feet,” Johnson said. “So, the road gets damaged from the cranes and the things to build a bridge and along with that … you need to blend the approaches back in.”

Johnson said he had submitted bridge applications last year but the DOT told him to reapply using the new formula.

“So, from that standpoint you’re looking at $100,000 on each structure. That’s $300,000 you’re going to have to have available in additional funds just for those approaches,” said Johnson.

In a May interview with WPR, June Coleman, DOT section chief for local programs and finance, said the old bridge funding policy did cover more things but there was a tradeoff.

“And the way the funds were distributed throughout the program those bridges could — they were funded with what they were asking for but that could be a more costly bridge and then another bridge, the funds wouldn’t be available to fund those bridges,” said Coleman.

Coleman also said that local governments can qualify for more state funding for their projects through a process called change management if there are engineering or safety needs. But local officials, including La Crosse County Highway Commissioner Ron Chamberlain, say they haven’t gotten any DOT direction on how to apply for those funds.

“So, I’m not sure how change management is going to work or even what the process is,” Chamberlain said. “My other concern is, is there money budgeted for change management or are we over-programmed. You can’t have a good enough crystal ball to account for all the things that will crop up during the course of design just figuring out what’s going on.”

Chamberlain said once engineers get into the field, it’s common for cost estimates to increase. In past years, he said that would drain the state’s bridge funds and delay local projects.

“So if you don’t have a pot of money allocated for change management, one of two things has to happen if there’s changes needed,” said Chamberlain. “Either there’s an agreement that there’s changes needed and the locals have to fund it because there’s no money from the DOT or the feds to take care of it. Or, projects have to be delayed so that those changes that are required and agreed upon can be funded.”

While the DOT and the governor have celebrated “Replace-In-Kind” for helping the state approve 183 bridge replacements, Wisconsin County Highway Association Executive Director Dan Fedderly said the real test will be how many local governments can afford to build them.

“So all we’re doing is shifting the cost to a place where you can’t fund them,” said Fedderly. “And without a comprehensive, sustainable, long-term revenue at the state level we will only be talking about this over and over and we’re at the point where there is no ability to shift those costs.”