The Return of Colin Quinn 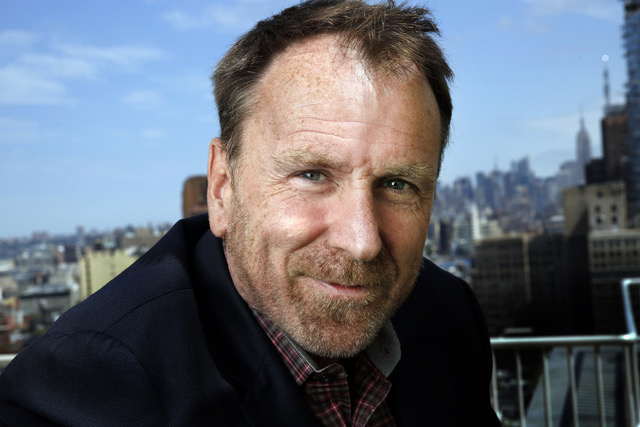 When you’ve been in comedy for as long as Colin Quinn has, you’ve seen a lot of people come and go — in both a figurative and literal sense.

Quinn began regaling us with his New York streets brand of comedy when he was in his mid-20s back around 1984. Comedy legends like Richard Pryor, Robin Williams and George Carlin still owned the comedy stages, with Quinn pal Jerry Seinfeld on the rise.

Quinn brings his current act, “One in Every Crowd,” to Turner Hall on Friday night.

Quinn admits his early years as a professional were met with a lukewarm reception.

“When I was 13, I was really funny. In school, everybody laughed at stuff I did,” Quinn said over the telephone recently from New York. “I was obnoxious, but funny. Then when I turned 24, it was a time when I wasn’t funny, didn’t want to be funny. I sucked for a few years. Other comics loved me, but I didn’t do so well with audiences.”

Quinn has been all over the television since he started with “Remote Control” on MTV, a game show which Quinn hosted and the first non-musical segment on the network. Quinn has appeared numerous times on the hit HBO series “Girls” and was in the comedy feature film Trainwreck alongside Amy Schumer. He may be best known for his “Weekend Update” segments on NBC’s iconic Saturday Night Live and as host of Comedy Central’s classic fan favorite series “Tough Crowd with Colin Quinn.”

“SNL did a lot for me,” Quinn said. “I learned so much about editing. You write these sketches, then read them in front of 80 people, all crammed into a conference room. When you don’t get a laugh, it teaches you a lot. Everyone in that room listening to your work, it’s like the Navy Seals for comedy. A tough room but a great experience. Nobody leaves there without a little bit of the thousand-mile-stare. It’s hard not to take it personally when something doesn’t get a laugh.”

Quinn hasn’t engaged in stand-up for about seven years, but he’s been on the road with his one-man shows, like “Colin Quinn: The New York Story,” which was directed by Jerry Seinfeld. The show earned a Drama Desk Award nomination.

A lot of comics these days use blue humor, like Louis C.K. and Jim Norton. While Quinn has no problem with that, his brand is more observational and visceral. It may sound (and sometimes is) extemporaneous, and that’s his bailiwick. “I think if you’re going for the humor, it’s all good, it all works,” Quinn said. “I like it when people take chances and push things in a different direction. I tend to be judgmental of people who are placating the audience.”

Guys like George Carlin, who was on “Tough Crowd,” are still at the top of the list for Quinn. “He was one of those nice guys that talked to everyone,” Quinn said. “Especially to comics just starting out. He was generous with his time and his advice in comedy. Carlin made so many good choices and I think he wanted to avoid the mainstream. He was someone who did so much homework, memorizing stuff. Witty, smart bits.”

So, what do comics fear, other than “dying” on stage? “It does frighten me a bit to think I might be copying someone else’s joke,” Quinn noted. “All you have is the way you think. I’ve had a couple of jokes that people kind of chuckled at and said they’d heard something similar. I’d dump that joke in a heartbeat.”

Quinn will only get so edgy. “I don’t think any of my comedy was dangerous, I never meant it to be. I guess I do have a natural snottiness, my attempt to win a crowd over, it’s a part of my personality.”

As he matures, Quinn doesn’t take life as seriously as he once did. In fact, these he meditates a couple of times a day. “It does a lot for me. And, I get to take a nap when people think I’m being deep.”

Quinn had the good fortune to work with Garry Shandling on “The Larry Sanders Show,” playing Artie’s son Cully. “Sadly, I didn’t really keep in touch with Garry through the years,” Quinn said. “But I did see the documentary that came out recently. He was a guy that always tried to reach out to comedians.” Nowadays Quinn can’t help thinking “how wonderful that show was.”

When I pointed out that Shandling and many other comedians tend to take themselves a bit too seriously, Quinn said “I agree. Some of us think life won’t go on without our humor in it. But let me tell you, when The Beatles broke up, people still went to rock concerts.”

A little perspective by a comedian who’s seen it all.