The House of City Insiders 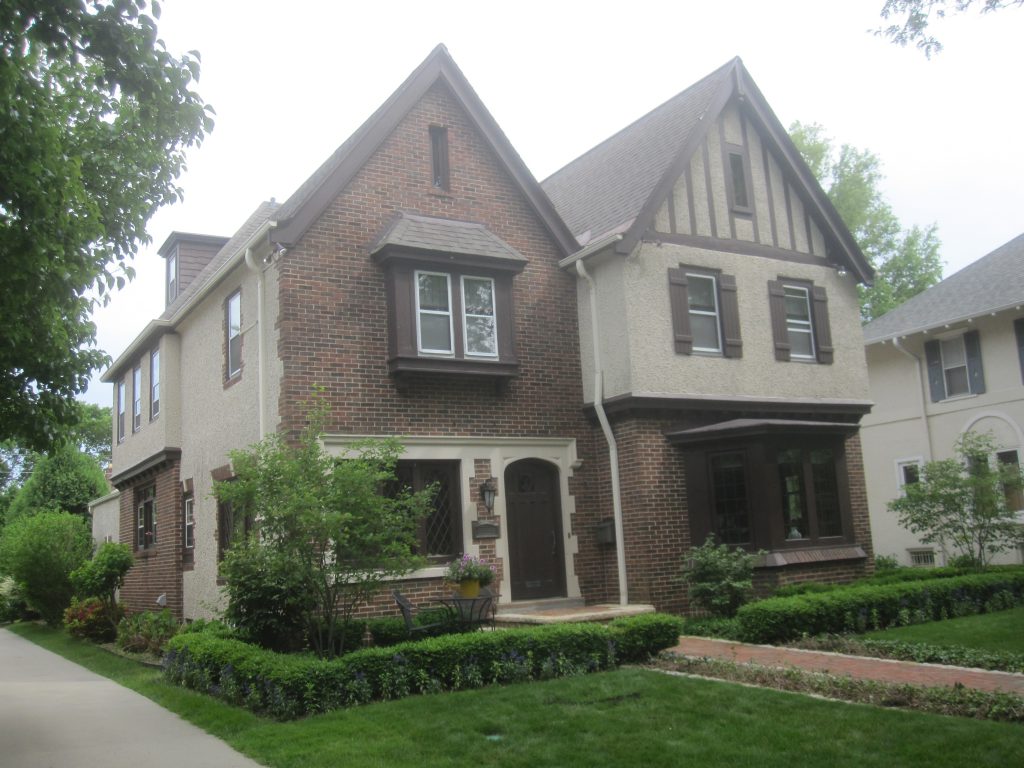 The House of City Insiders. Photo by Michael Horne.

The Otto Wenz Cafe Hollander (Downer) Classic  on the East Side is one of the most popular bicycle races in the nation, beloved by riders and spectators alike. The event, the penultimate of 11 in the 10th Annual Tour of America’s Dairyland, will be held Saturday, June 30th beginning with Junior Boys and Girls cycling at 9:35 a.m., and culminating with a 90-minute Men’s 1/2 Professional race at 7 p.m., with big money at stake. [See Jeramey Jannene: “10 Reasons to Watch Wisconsin’s Premiere Cycling Circuit“.]

The cash explains why this race is popular with pros. The cheering crowd along the route also explains the popularity with everybody. Another reason: It is a beautiful route, beginning at Cafe Hollander on N. Downer Ave., continuing east on E. Park Pl., rounding an acute-angled corner at N. Lake Dr., with a brief westbound jaunt on E. Bradford Ave., and a right turn onto Downer to complete the circuit.

The Lake Drive portion of the route is notable for its array of substantial homes, which usually comport themselves in accordance with the dignity of their prime location. Yes, clear the streets of BMWs, wheel in the cyclists, fill the sidewalks with spectators and then watch the neighbors join the fun by hosting front yard barbecues right in the midst of the excitement, yet at the proper remove as befits their landowner status. This festive interval on the Northpoint social calendar makes the neighborhood rare among those of such austerity and magnificence, and gives the general public a chance to rub shoulders (and perhaps bend elbows) with those who inhabit this pristine realm.

Among them are Jeff Bentoff and his wife Julie Penman, longtime residents and conscientious community boosters. Bentoff runs a consultancy, and previously served in government as communications director for Mayor John Norquist and Deputy Chief of Staff for County Executive Chris Abele, among other positions. He is a co-founder of WYMS 88.9FM, and is a Trustee of the Historic Water Tower Neighborhood. He’s the go-to guy if you have questions about the streetcar. Penman is a business consultant with a previous history of employment at HGA architects and the City of Milwaukee where she served in a number of positions, including City Assessor. She also served on the board of the Menomonee Valley Partners.

Bentoff and Penman live in one of six homes on the block that were built in the 1920s by George Schley & Sons, a firm that had a lock on a good part of the upper-middle class housing market nearly a century ago. Schley & Sons were developers as well as designers, cranking out houses of substance according to the popular trends of the time, which in this instance is a variant on an English Tudor Revival theme. Very often, homes like this were built on speculation in the hopes that the Coolidge-era prosperity would provide a steady stream of well-heeled buyers for Schley and his sons.

Unlike other homes built by the firm on this block, no advertisement for this home, which was begun in October 1924 and completed in May 1925 has yet surfaced, much to the annoyance of the current owner. Its first owner, Edward C. Devlin, made an offer to purchase while the $17,500 residence and then-novel attached garage was still under construction. This may also be the case with the other homes; there would be no need to advertise a home that had already sold. Many of the homes on the block are as much as three decades older. It took a long time for this subdivision, desirable as it is, to fill up, as reference to the maps below will show.

The residence has 3,269 square feet of finished living area within its 33-foot-by-38-foot walls, which rest upon a 14-foot brick foundation. The home has five bedrooms along with 3-1/2 baths. In 1946, the home was sold to Rudolph Hokanson for $28,000. In 1921 Hokanson established a car dealership selling Nash and Chevrolet vehicles at 809 N. Broadway, commuting from this home. This building on Broadway later became part of the City Hall complex, and home to the Department of City Development. And so, just as Hokhanson did, Penman commuted from her home to this building for some years, when she worked as city assessor.

The home was sold in 1966 to George Squillacote, regional director of the National Labor Relations Board, and later a UW-Milwaukee professor, for $29,500. The low sales price indicates that Lake Drive living had lost its allure as residents headed out to the new space age suburbs with their large yards and lengthy automobile commutes. At the time, the home was assessed at a mere $16,170.

Perhaps the best story associated with this home involved Squillacote’s daughter, Theresa Marie Squillacote, now 60, who was a Pentagon attorney. In 1999 she was sentenced to Federal prison for treason, and was released on October 9th, 2015.

By 1992 the market had rebounded, and real estate attorney Michael Ostermeyer and Cindy Zautke paid $201,000 cash for the home. They immediately rebuilt the chimney, and set about undertaking other improvements.

They were needed. As the assessor noted in 1990, when the home’s exterior was being repainted:

Vines taken off building. Numerous plaster cracks, many storm windows completely rotted, need to be replaced, 1/2 of roof is ancient wood shakes, need to be covered with new shingles as other half of roof was in 1982. Int — needs cosmetics — old carpet, wall paper, etc. … Kitch needs updating several roof leaks evident due to plaster damage.

Despite these flaws, the well-built home maintained its A- rating.

By 1996 the inevitable upgrade was made to the kitchen, when owners Ostermeyer and Zautke spent about $30,000 to tear out the butler’s pantry and a utility closet and reconfiguring the room to more modern standards, which include an under-counter wine refrigerator from U-Line. This is, generally, a neighborhood of corkscrews, and not bottle openers, so the amenity might have been a necessity, and let’s hope it gets a good workout during the Downer Classic.

Little did he or his boss know that within two years it would be her home.

The home with its new kitchen was put on the market in 1998, with an asking price of $314,900. In his advertisement the listing agent, Brendan Comer, perhaps made a subliminal appeal designed to snare a writer as a buyer. Note the nuanced literary references in his real estate poetry:

From the rich cherry wood library to the little open-air reading nook off the stair landing to the writer’s alcove next to the trunk room on the 3rd floor, everything about this perfectly proportioned, sumptuously detailed English Tudor recalls a time when books were a part of everyday life. 5 bdrms., 3+ Baths, new kitchen and a smart address.

How could former reporter Bentoff resist? And a trunk room, to boot! Sold!

An assessor made a post-sale analysis of the purchase on August 26th, 1998. The market was hot:

There are a number of duplexes in the general vicinity that try their best to look like single family houses. This place conveys the opposite effect, since with two gables facing the street, it gives the appearance of being conjoined townhouses. The asymmetry is enhanced with brick and stucco elements on the facade, varied massing of the windows, and judicious use of limestone trim to outline the door. The landscape, on the other hand, emphasizes symmetry, and like the home, can trace its antecedents to the English Cottage Style. A garden table flanked with two chairs offers a little respite right outside the door, ringed by a boxwood hedge that is fronted with emergent lillies. The walk, centrally located, is red brick lined with white, rusticated stone (apparently manufactured) matching the stone detailing of the front door, with which it aligns perfectly. It  is bordered by a line of English Ivy, which takes a while to establish under such conditions in this climate. It appears the owners use shovel, rather than salt, to clear their walk, for which the Hedera helix is most grateful. You’d figure a former City Assessor would know a thing or two about the importance of preserving the value of real property. Curb appeal is a big part of it, and this small front yard has it in spades. The walk remains the finest paved surface on the block, and has survived a challenge from a home across the street. We may have to reassess this in the future as the companion plantings mature.

Since the home is located in a historic district, a Certificate of Appropriateness is required for most exterior work. The owners went through the process shortly after buying the home in 1998 when they covered the garage with an approved “modified rubber membrane roof material.” Earlier this year, Penman went through the process again, when she replaced the gutters, downspouts and some “cheap storm windows not in keeping with the historic nature of the house,” as her application noted.

The drainage of the roof was a particular perplexity for Penman. The “old gutters and downspouts do not drain properly, are missing sections and in general need replacement. I tried to take photos of the gutters and downspouts but it isn’t possible to show the problems unless it is raining heavily.” The commissioners, who could hardly expect Penman to stand on Lake Drive awaiting a downpour so as to document her plight, decided to forgo the photographic requirement, and granted Community Roofing, Inc., a permit to get the job done. You can see the results, rain or shine, during the Cafe Hollander (Downer) Classic bicycle race. 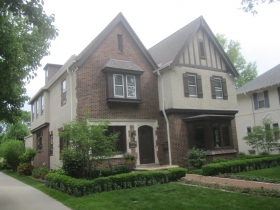 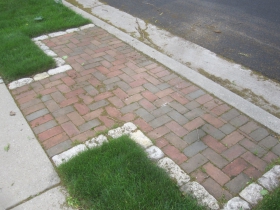 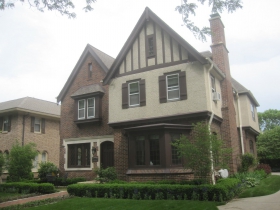 2 thoughts on “House Confidential: The House of City Insiders”